The Buffalo Bandits made one of the biggest splashes in franchise history Wednesday, acquiring forward Shawn Evans and a 2019 fourth-round pick from the New England Black Wolves in exchange for forward Callum Crawford and a 2019 second-round pick.

Evans has won the National Lacrosse League Most Valuable Player award twice, in 2013 with the Calgary Roughnecks and 2015 with New England. He led the league in scoring in both of those seasons. The likely future NLL Hall of Famer is seventh in league history in assists and eighth in points.

Bandits general manager Steve Dietrich said Buffalo has been interested in Evans for a while but was surprised he was available.

"I had heard rumblings," Dietrich said. "Their general manager (Rich Lisk) and I reached out to each other a couple of days ago. We were just talking about things. His name came into the equation and we were obviously interested."

Evans is currently tied for seventh in the league with 51 points (18 goals, 33 assists) this season. He led the Black Wolves in assists and points and was second behind Kevin Crowley for goals.

The trade comes four days after the Bandits suffered a 17-10 loss at the hands of the Rochester Knighthawks. Dietrich said the compete level of the whole team concerned him, helping spur the move.

"Shawn Evans is exactly the kind of player this team needed," Dietrich said. "I was just disappointed in the whole team effort. There was no pushback and players like Shawn Evans don't accept games like Saturday night."

Crawford was acquired by the Bandits in a trade with the Colorado Mammoth in August. He totaled 18 goals and 40 points in nine games with the orange and black.

"I think we gave up a real good lacrosse player and a great human being," Dietrich said. "It's a win-lose day because I have to make the bad call to Callum. Everybody that gets to this team and gets to play in front of those fans never wants to leave.

"You always wish you could have the fantasy trades and be able to get all the best players and never give anything up. In the real world it doesn't work like that." 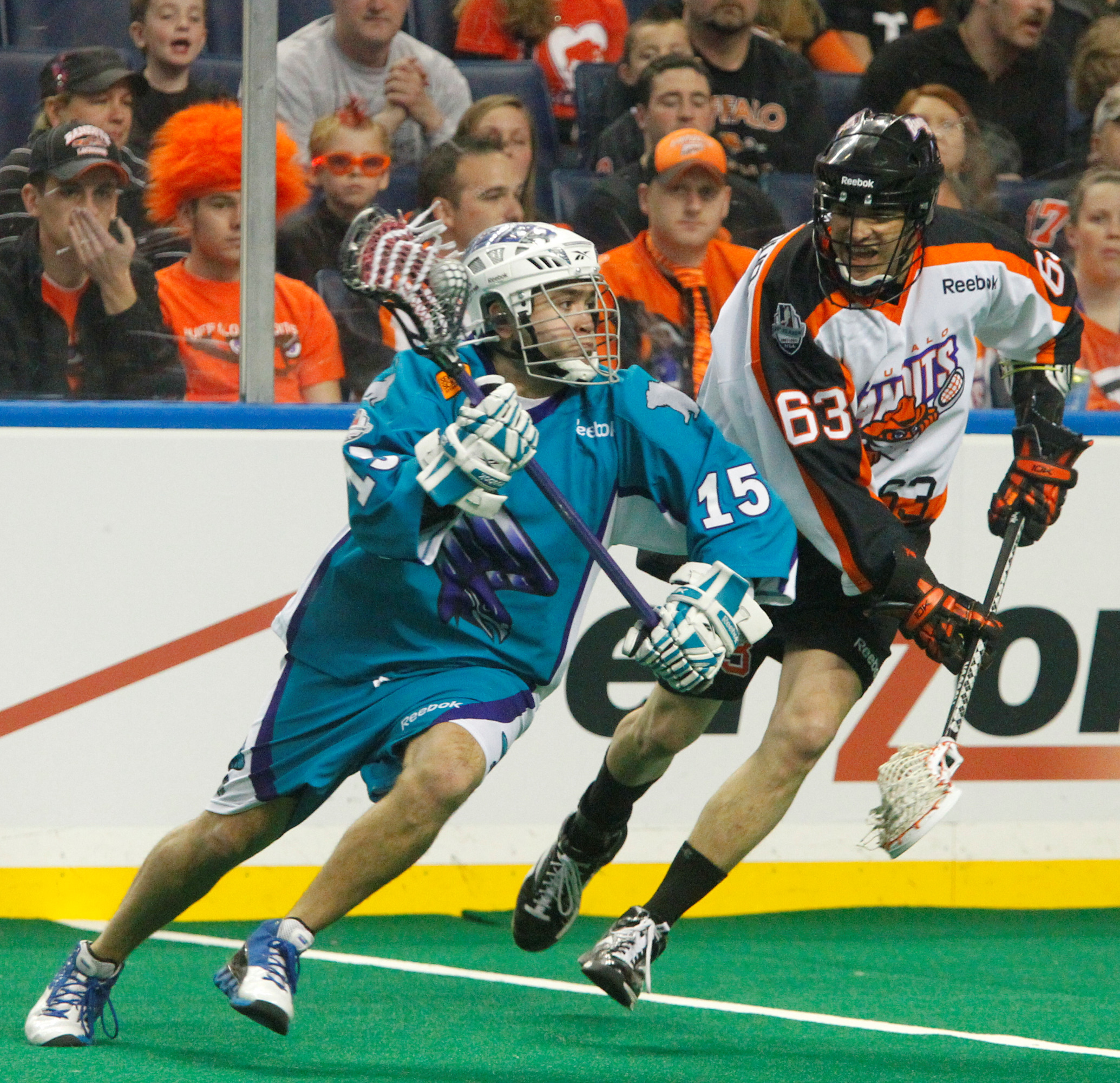 Dietrich said he spoke on the phone with Evans and expects he'll be with the team when they face Colorado on the road on Saturday. Both Evans and Crawford are right-handed shots, but Evans should play a slightly different role for the Bandits.

"They play a bit of a different game," Dietrich said. "Callum is a tremendous athlete. He's also very smart, but he gets by on his athletic ability. Evey's just an incredibly smart lacrosse player. He wills himself to some of those things. He's a winner."

Evans also has the reputation of an agitator, earning him comparisons to Boston Bruins forward Brad Marchand. His days getting under Bandits players' skins goes back to his time with the Rochester Knighthawks from 2006 to 2011.

"There's going to be a lot of people in Buffalo who are questioning because you basically watched him since his days in Rochester and you despised him," Dietrich said. "People are going to quickly turn around now that he's on our team and realize what a tremendous lacrosse player he is."

Dietrich said he expects to be done on the trade front, but like this move, opportunities can come to fruition quickly. The NLL trade deadline is March 19.