The Griffon House in Lewiston is a new extension of the Griffon Gastropub empire, which now includes locations in East Aurora, Clarence and Niagara Falls.

Adventurous culinary parings in hearty fare, an extensive craft beer selection and a cozy yet classy atmosphere has thus far been their recipe for success. Although straying ever so slightly from their tried and true restaurant strategy, the Griffon House, for the most part, is staying true to the Griffon script.

Comfortably sinking in to a plush armchair and mulling over their small plates selection aptly titled the “I bet you won’t share this” portion of the menu, I decided to try the meat candy (Korean short ribs appetizer) as well as tuna nachos while thinking over my entrée. 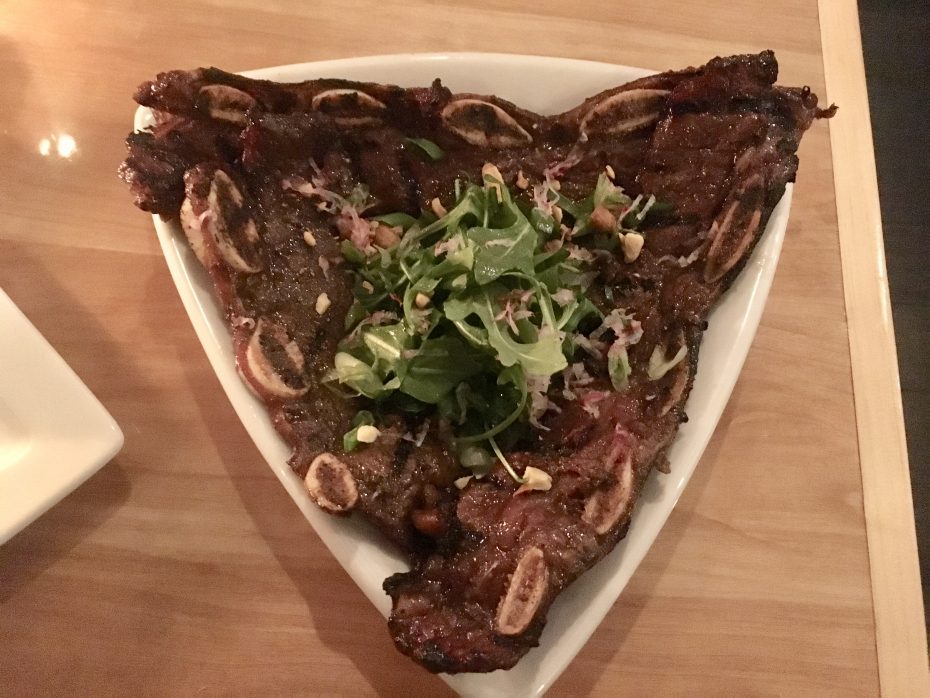 Sticky, sweet, salty and fatty, the meat candy is an addictive Korean short rib appetizer. (Phil Wagner/Special to The News)

The meat candy come three to an order for $12. Marinated and glazed with sweet Asian sauce, the ribs are grilled until sticky, topped with shaved radish, and tossed with peanuts and scallions. Fatty, salty and sweet, it’s a fitting title for an addictive appetizer that pairs well with a dark beer.

The tuna nachos (featured image of this article) are a fun spin on the popular bar snack with fried wonton crisps swapped in for tortilla chips. The poppable wontons are topped with diced sushi grade tuna, seaweed salad, tomato-avocado pico, crystallized ginger, toasted sesame seeds, and drizzled with sesame-Sriracha and cucumber-wasabi aioli. It’s an amalgamation of a laundry list of Japanese-American sushi flavors in perfect proportion, a value at $15.

The entrées veer off the path beaten by the Gastropub in that the Griffon House focuses more intently on their famed burger selection. Though the salads and a few key main courses fall outside of the bun, for the most part it truly is all about the burger at the Griffon House. 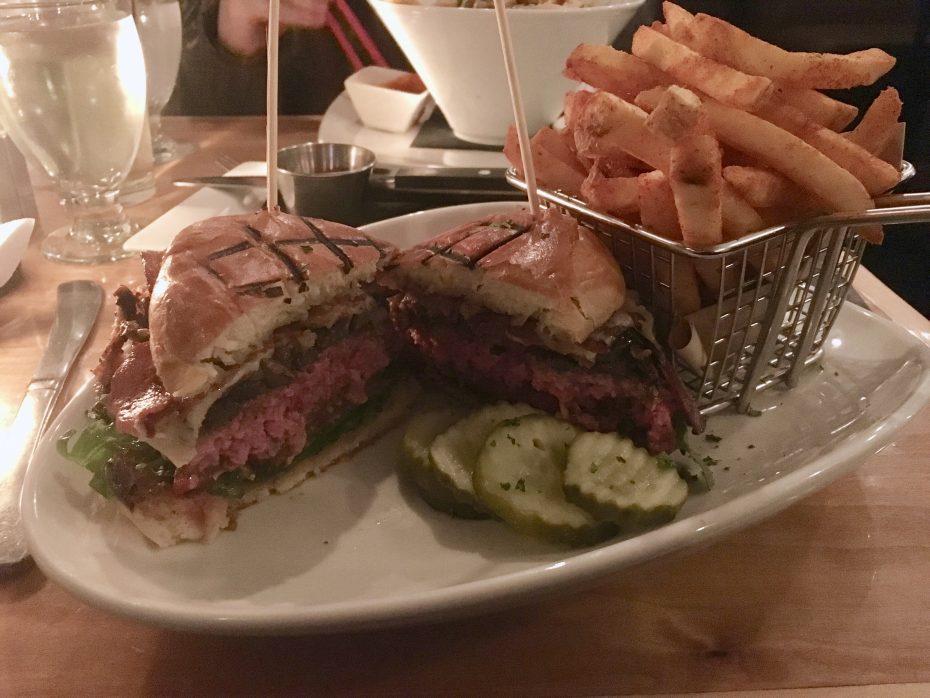 The restaurant's namesake Griffon House burger was ordered rare and served with Ethiopian spiced fries. (Phil Wagner/Special to The News)

Unctuous, whipped fresh herb bone marrow spread lingered after each bite. Topped with applewood smoked bacon, Gruyère cheese, sautéed forest mushrooms and arugula, it’s an umami bomb of a burger and a front-runner for one of the best in Buffalo. 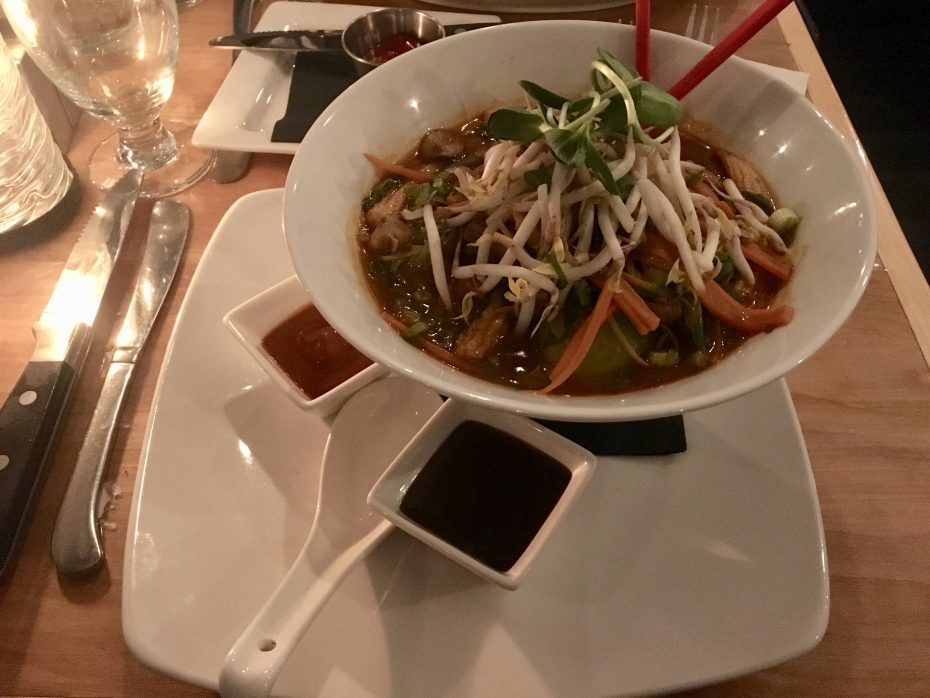 Both gluten-free and vegan, it’s a far cry from the burger, though an important and well-executed item on the menu. A finer chop on the bok choy and a better broth-to-noodle ratio would have perfected the dish, but on the whole it was a pleasant experience.

A great showing from a dining dynasty that’s quickly sweeping the palates of Western New York, the Griffon name yields yet another shining achievement in its newest venture. 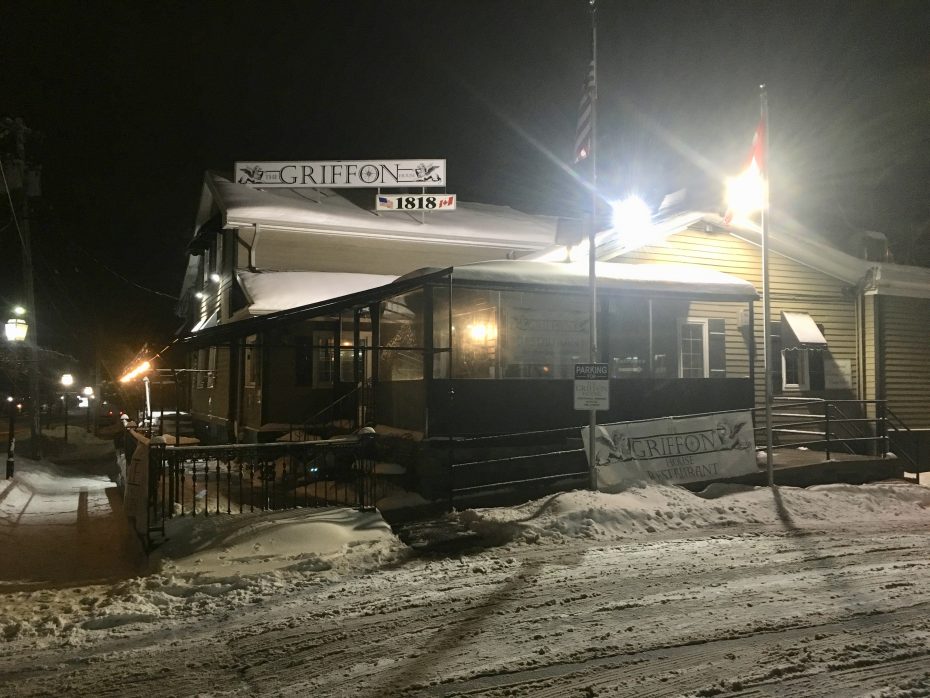 The exterior of the Griffon House in Lewiston. (Phil Wagner/Special to The News)