In the 1996 Jon Favreau and Vince Vaughn film, “Swingers,” Favreau’s struggling character Mike describes one of the benefits of knowing about a hidden bar is, “It’s like you’re in on some kind of secret.”

Downtown workers and wedding guests who have discovered Statler City’s Lobby Bar likely feel the same way. Tucked off Delaware Avenue with no street signage or obvious pronouncement, it exists for those in the know, and doesn’t seem interested in loudly proclaiming its existence for those not hip to its operation.

But for those in on the scene, Lobby Bar is a luxurious but comfortable oasis away from typical Buffalo barroom fare, and is ideal for the after-work crowd keen to unfasten their top button amid some Pan-American Exposition-era opulence.

So what does this sneaky space yield for its regular customers from nearby Niagara Square offices, law firms and New Era headquarters? Contentment amid conversation and cocktails, all while surrounded with the type of interior decoration in line with its host avenue’s midtown stretch of Millionaires Row. 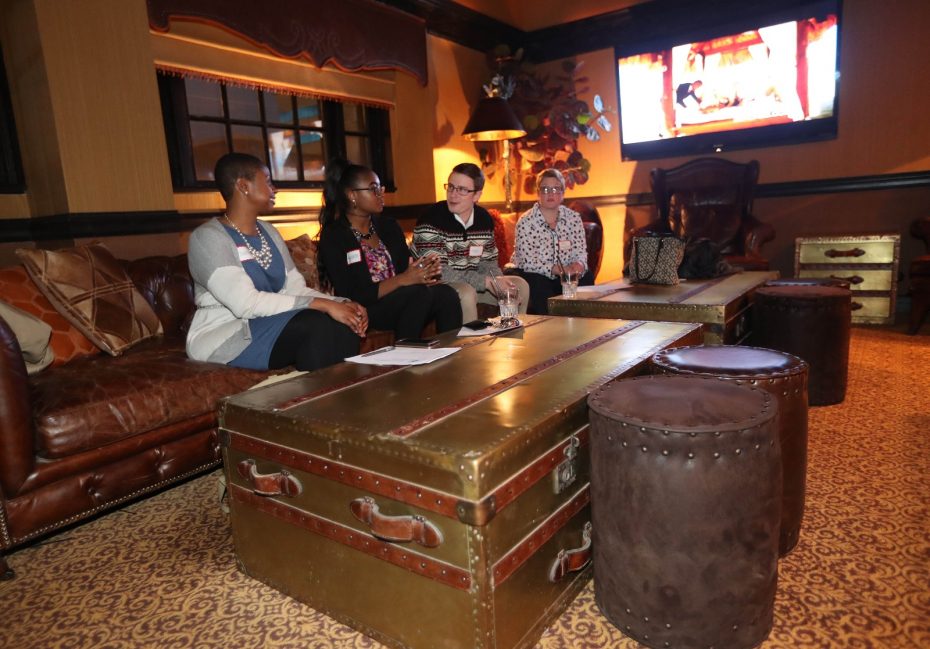 The Lobby Bar inside Statler City has an opulent ambience. (Sharon Cantillon/Buffalo News)

Antique armchairs are assembled amid arching mirrors, table lamps and shoeshine seats; and separate lounge areas in the front, back and middle of its long barroom are appropriate for those interested in trading their suit coat or strap heels for a Stoli martini-aided exhale.

With all of this detailed extravagance, one might think that ascending the bar’s Statler staircase dressed in anything other than Brooks Brothers, Donna Karan or top hat and monocle would be discouraged. Not the case.

Though patrons often enjoy Lobby Bar’s backdrop in their business finest, it’s not a requirement, nor is the locale’s vibe and offerings alienating to those who prefer their lavishness while business casual – or just straight casual.

Inside a place you would expect to hear a string ensemble, patrons can trade laughs under the sounds of classic rock collectives like J. Geils Band humming at a conversational level.

Bartenders are friendly and attentive, never letting a bottle of Stella Artois ($6) or a neat Knob Creek ($9) sit empty for too long. And while enjoying Peter Wolf’s vocals on “Centerfold” and smiling service, guests can catch games or news on numerous mounted flat screens intermixed between the intricate decoration. 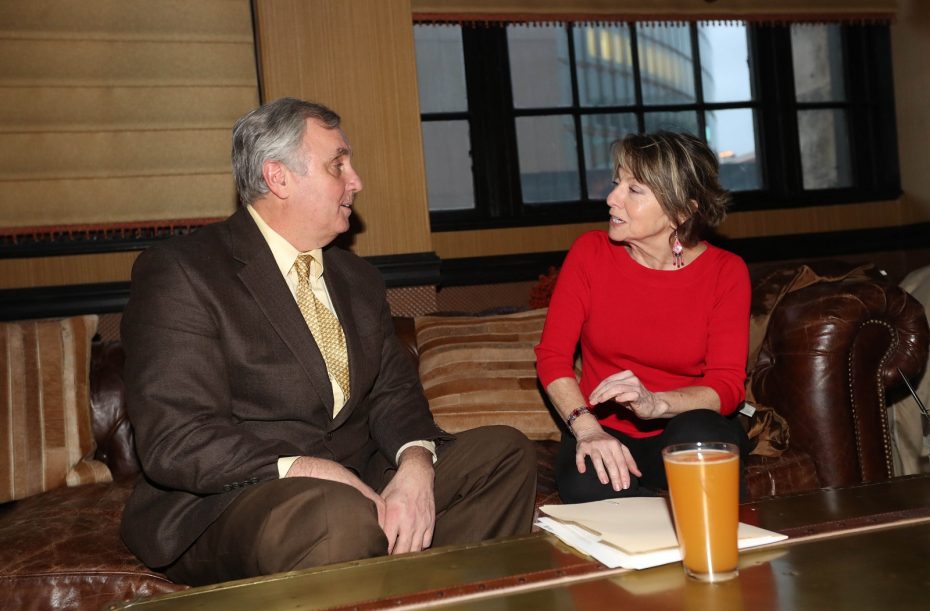 But more than any design element or echoing tune, what makes a place like Lobby Bar connective to both aristocrats and the working class is its happy hour (4 to 7 p.m., Wednesday through Friday).

Ideal for professional clientele conveniently surrounding its perimeter, it offers 2-for-1 drinks on items as simplistic as bottles of Labatt ($4.50) and pints of Southern Tier IPA ($6), or as sophisticated as Maker’s Mark Manhattans, Grey Goose gimlets (each $12) and glasses of Acacia pinot noir ($11).

Once selections have been made, patrons can enjoy their double-fisting foray while taking turns on the bar’s luxurious shuffleboard table, snacking on appetizers like Statler-style poutine ($10) and artichoke Asiago dip ($9), or relaxing in their chair or couch of choice.

Maybe you weren’t aware of the surreptitious site until today – but now, consider yourself in on the secret.

Shuffle it up: Guests can run saw-dusted shuffleboard games on one of the city’s most elegant tables.

Parking: Street and nearby lots on Delaware.

Don’t forget to: Get a shot of a friend in one of the bar’s vintage shoeshine chairs, backed by Buffalo’s art-deco City Hall right outside the window. 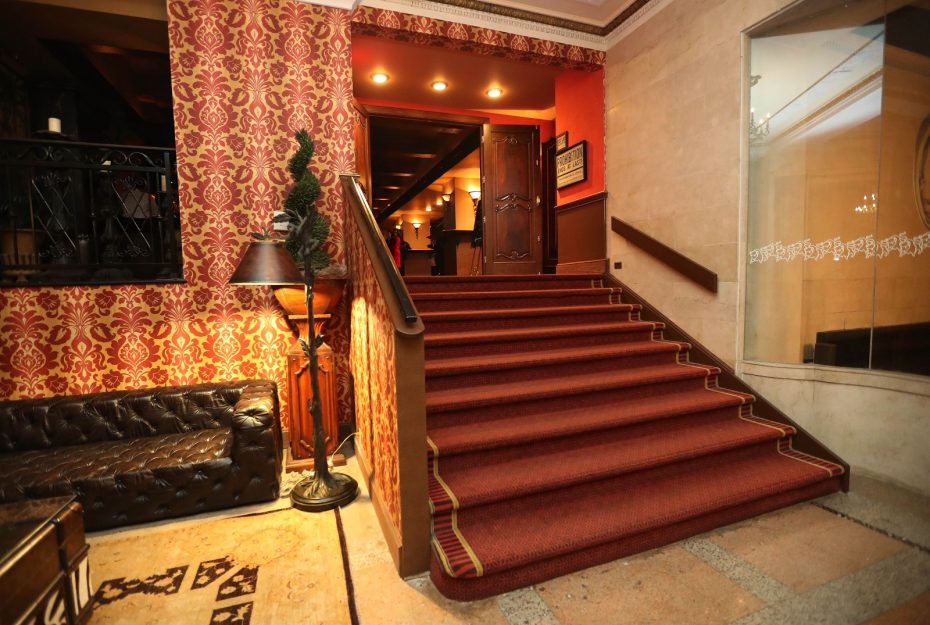