A complex set of circumstances led to a plea deal for a Marilla teenager who admitted to investigators that he caused the blunt-force injuries that killed a 2-year-old last March.

Devon M. VanDerwege, 18, pleaded guilty Monday morning in Erie County Court to first-degree manslaughter. He told Judge James Bargnesi that he inflicted the injuries on Ethan Bigham that led to the child’s death on March 12.

VanDerwege and Ethan were among nine people — five adults and four children — living in a trailer in Marilla last spring.

VanDerwege reportedly had stayed there only a few weeks and was an informal baby sitter for the children of Heather Schoepflin, who also lived in the trailer at 2039 Hemstreet Road with her boyfriend, Ian Hart. Hart was not Ethan’s father.

Hart and VanDerwege were the only ones home when someone called 911 on March 10 to report that a child was not breathing. Ethan, who had severe head trauma and other injuries, was taken to Women & Children’s Hospital. He was removed from life support two days later.

VanDerwege had been indicted on charges of murder by depraved indifference, a class A felony, and first-degree manslaughter, a B felony. After the plea, District Attorney John J. Flynn explained that several factors led to his decision to offer the plea deal to the lesser charge. 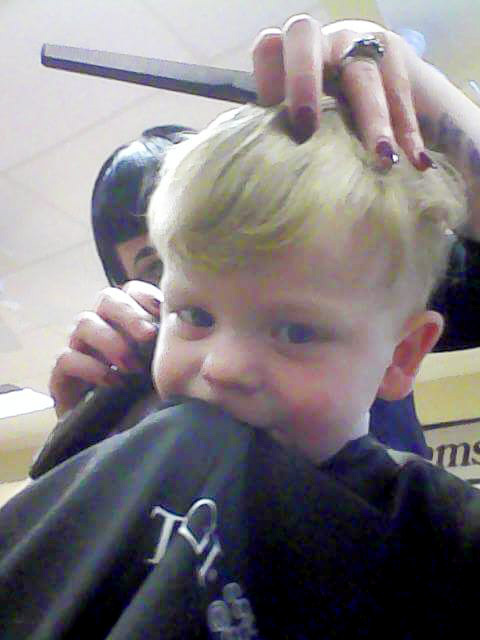 Most important, he said, was that prosecutors would have to prove that VanDerwege understood that his mistreatment and abuse of the child — which he admitted — could be fatal.

“My concern is with the mother of this child,” Flynn said. “The mother had come home from work that night, gave the kid a bath, noticed the bruising and didn’t call a doctor. She didn’t feel it was serious enough to take the kid to a doctor.”

“I find her decision not to seek medical treatment the next morning problematic,” Flynn said.

Flynn added the case might not be over as far as Schoepflin is concerned. He said he does not know the status of Schoepflin’s other three children, who were ages 10, 6 and infant when Ethan died.

Also, Flynn said, while the medical reports clearly show what happened to Ethan, the only evidence of who did it is VanDerwege’s confession.

“The only other adult in the trailer (Hart) said he didn’t see anything,” Flynn said. “And I don’t believe (VanDerwege’s) statement gives a full picture of what happened.”

When investigators first interviewed VanDerwege, while Ethan was still alive, the teen changed his version of events several times, first saying he didn’t know what happened to the child, then that Ethan fell. He finally said he had pulled the toddler off a table and off a sink, and had dragged him down a hallway.

Flynn noted that VanDerwege, who dropped out of school in 11th grade, wound up in the trailer because he had been kicked out of his family’s home.

The case is being prosecuted by Homicide Bureau Chief Colleen Curtin Gable.

Defense attorney Kevin Spitler called the plea a fair outcome and said that he hoped for some consideration of the circumstances at sentencing.

A conviction of first-degree manslaughter mandates some prison time, in the range of five to 25 years. In accepting the plea, Bargnesi committed to a range of 10 to 20 years, and also said he would consider youthful offender status. Sentencing is scheduled for April 9.

Teenager indicted on murder charge in death of Marilla toddler