The Buffalo area's two House members Monday put forward a new proposal for an improved plaza on the American side of the Peace Bridge, saying technology advances could put major border operations on the Canadian side of the span and minimize the need for any expansion of the U.S. site.

But, like practically every Peace Bridge improvement ever proposed, the plan from Reps. Brian Higgins and Chris Collins quickly met with strong pushback, this time from the Common Council member whose district includes the bridge and from a longtime neighborhood activist.

Higgins, a Buffalo Democrat whose district includes the bridge, and Collins, a Clarence Republican, announced their effort in a letter to the federal government agency that would be involved in building any new facilities at the border.

"We request that the agency place this project on the 'front burner,' with attention from top staff who are empowered to make decisions and quick turnaround and resolution of issues as they will necessarily arise in an initiative of this scope and complexity," the lawmakers said in a letter to John A. Sarcone III, regional administrator of the General Services Administration.

The plan calls for combining $50 million in funds already set aside by the Peace Bridge Authority with upwards of $50 million in new funding that could be obtained either through President Trump's infrastructure proposal or through other federal legislation.

Higgins said he was confident the funds could be obtained.

"Given what the President wants, you'll see a lot of border security money" that could be used for improving the plaza, Higgins said.

Collins – who, as the first House member to endorse Donald Trump for president, has strong contacts at the White House – said he would use his influence to obtain funding for the Peace Bridge project.

“I keep in close contact with the Trump administration and am always an aggressive advocate for the unique needs of Western New York, with the Peace Bridge plaza project being on my list of priorities," Collins said.

While lacking in detail, the new proposal differs from a plaza expansion plan that was abandoned early in the decade in the face of strong neighborhood objections. It doesn't focus on a dramatic increase in the plaza's current 17-acre footprint, although it could include the 2.4-acre Episcopal Home site controlled by the state and three vacant parcels of land along Busti Avenue. 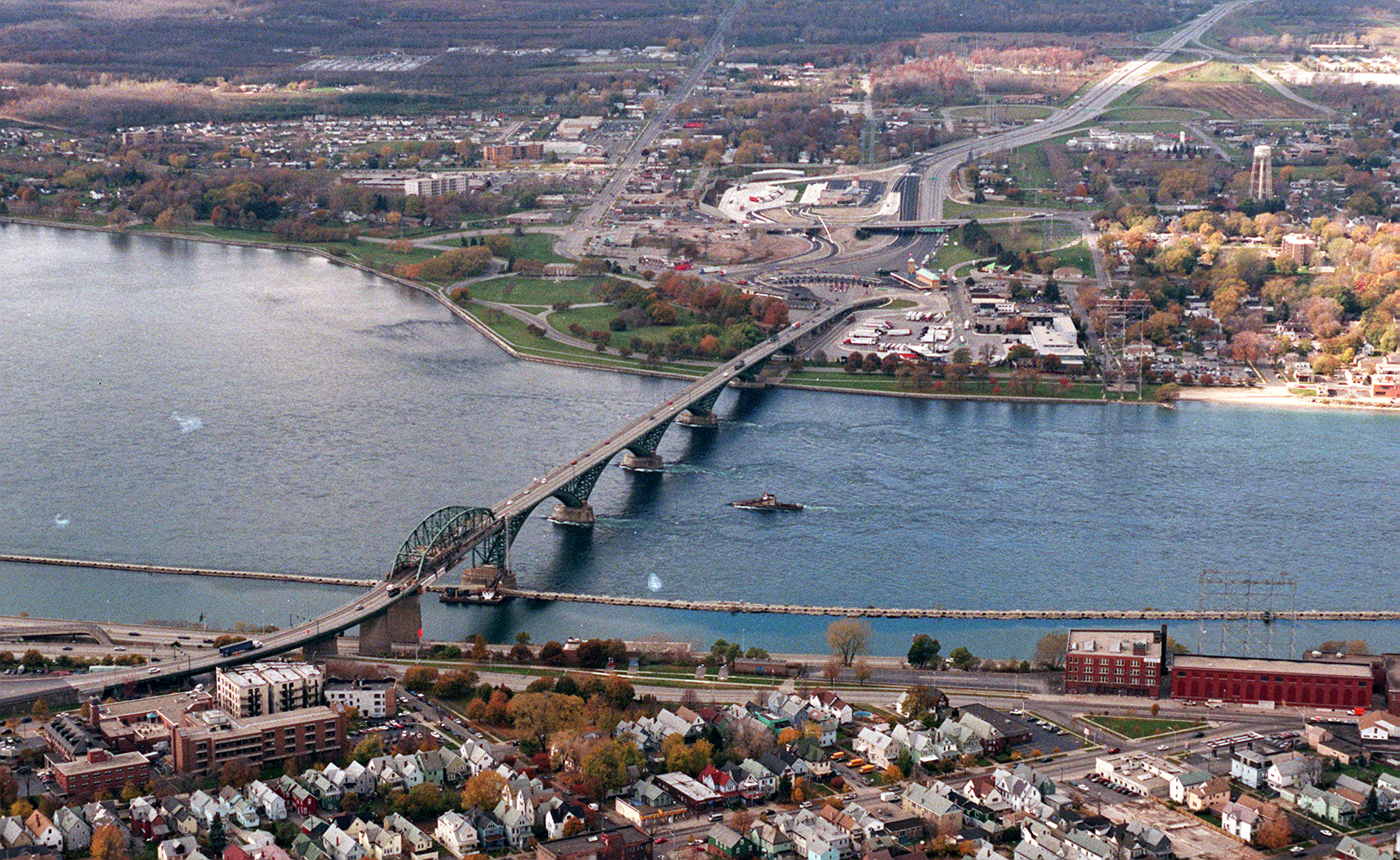 An aerial view of the Peace Bridge. (News file photo)

Instead, the plan focuses on moving U.S. border inspection technology to the Canadian side, in hopes that that would alleviate overcrowding on the American side for vehicles entering the United States.

Radiation detectors, X-ray machines, license plate readers and facial recognition technology all could be moved to the Canadian side, said Ron Rienas, general manager of the Peace Bridge Authority.

No U.S. border security personnel would be moved to the Canadian side of the bridge, so the proposal falls far short of "pre-clearance" proposals that other lawmakers have pushed for years.

Instead, Higgins said the plan is a practical way of fixing the American plaza, which he has repeatedly called "a disgrace and embarrassment."

“These improvements will establish a gateway to the United States which is open, orderly and attractive, with new landscaping, decorative lighting and smoother traffic flow,” Higgins said.

Both Higgins and Collins insisted that the improvements are needed to cut back on the traffic backups that now occur at the bridge, particularly in the busy summer months.

"This project is essential to our region’s economy and our security, which is why we must focus on speeding up the permitting process," Collins said.

Higgins held a news conference in Buffalo to discuss the proposal, and Niagara District Council Member David Rivera issued a press release afterward, noting that he was not invited or made aware of the plan – which he opposes.

"I do not support any expansion of the Peace Bridge’s U.S. Plaza," Rivera said. "Any encroachment further into the neighborhood is unnecessary and would be at a further detriment to the health and safety of neighborhood residents."

Rienas said the plan could be accomplished without taking any more homes.

The congressman said he envisioned "a beautiful plaza with LED lighting and public art."

"The truck route is going to have to be north on Busti Avenue," she speculated. "Imagine the lights. It's going to be like Christmas, 24-7."

Noting that housing prices in the neighborhood have increased dramatically while developers have built new condos there, she said residents would be negatively affected by the plan.

"They're the ones who are going to be breathing in the diesel fumes, not Brian Higgins," she said.