Chocolatier Jaclyn Krajewski rises with the sun to make her ganache.

"It takes four to six hours to crystallize," Krajewski said. "If you go beyond that it gets too hard and it won't have a creamy texture. There's a lot to know about making chocolate. It's very scientific."

Creating artisan chocolate can be a waiting game, but for this self-taught chocolate stylist, it is time well spent.

Krajewski, 40, is the mother of two – Brandon, 17, and Eva, 19. Divorced and working as manager of the Bills Store at New Era Field in Orchard Park, she is gearing up for a second go-around in the local chocolate trade.

Krajewski broke into chocolate in 2007 with her former husband as co-founder of Chow Chocolat on Main Street in the Theatre District. After adding locations on Elmwood and in the Walden Galleria, Krajewski left the business in 2013.

Chocolate-making was a natural progression for Krajewski, who started a baked-goods business in her home in the Elmwood Village.

"When my kids were little, I made chocolate chip cookies and decided to start a business," said the former stay-at-home mom. " 'Cookie Confections' grew fast. In one year I made 60,000 cookies, but I did not have a storefront. I sold at farmers markets and trade shows."

After five years of baking cookies, pastries, sweet bread and tarts, Krajewski found her perfect match in chocolate, devouring book after book on the topic. As her children grew older, Krajewski began studying at the former French Culinary Institute in Manhattan. 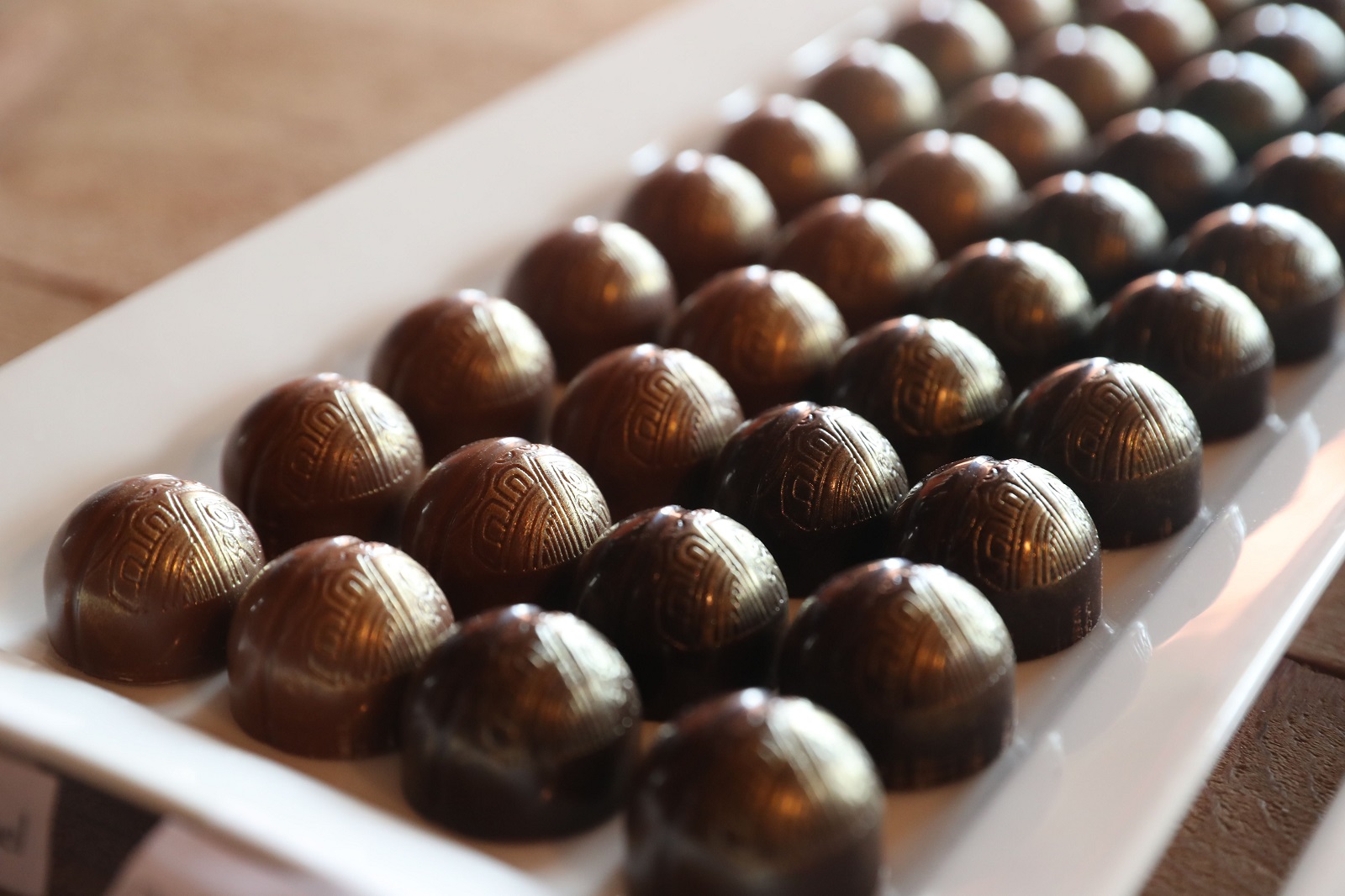 "I was bored with cookies. I taught myself about chocolate by reading books. I learned what really good chocolate is and how to make it."she said. "I started going back and forth to New York City taking classes, but I found I already knew everything that was being taught."

The process of self-teaching continues today, said Krajewski, who returned to chocolate making after her divorce and after being asked – and asked – by the owners of Mambrino King in East Aurora.

"After three weeks I said OK," she said.

Seven months later, Jaclyn A Artisan Chocolat was born, and Krajewski began to supply Mambrino King with her handcrafted chocolate.

Mambrino King: the horse, the wine bar and the East Aurora legend

Krajewski's rustic truffles are crafted from 64 percent French chocolate. The hand-rolled orbs can be filled with Remy Martin ganache for added punch.

Other chocolate offerings available at Mambrino King include:

Upon request, a sample plate of chocolates will be brought to your table. Selections include chocolate salted caramel, pink champagne, raspberry, habanero pepper, peanut butterfly and coconut curry. 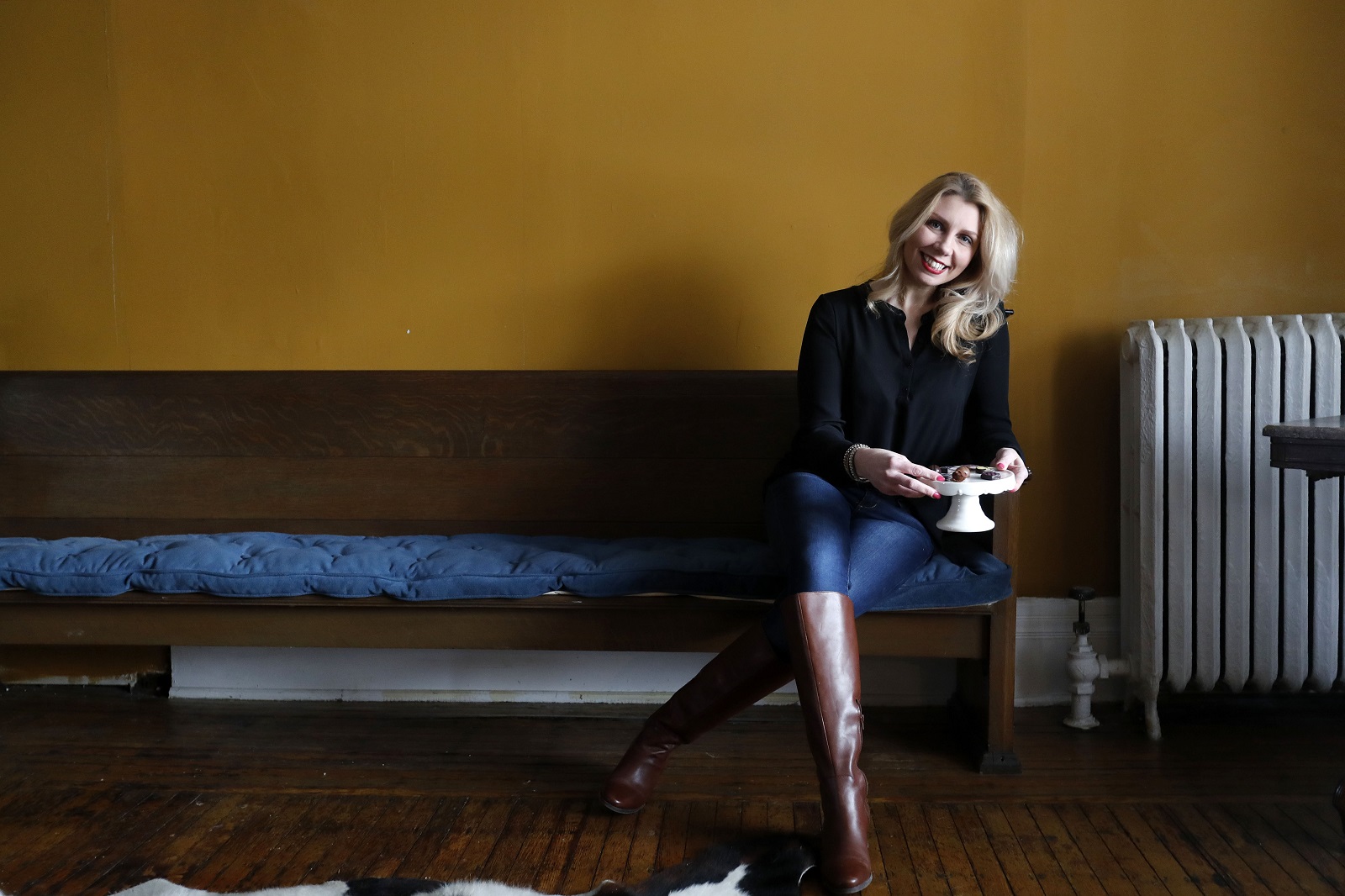 Jaclyn Krajewski relaxes with a plate of her chocolate. (Mark Mulville/Buffalo News)

Krajewski shuns artificial flavoring. Rather, the flavor of each chocolate piece is reflected in its design. So habanero pepper takes the shape of hot lips. Lemon ganache (made with lemon zest soaked in heavy cream) becomes the center of a chocolate piece showered in tiny lemons. Pink champagne truffles (made with Moet Chandon Rose) are rolled in powdered dehydrated strawberries.

"You need visual appeal first before you taste the tang of strawberry followed by the sweetness of milk chocolate and the kick of champagne," she said.

Krajewski uses from 33 percent to 70 percent cocoa in her chocolate; the higher the number the darker the chocolate, she noted.

"When I make dark chocolate, I take it up to 119 degrees so the fat cells break down," Krajewski said. "You just don't melt it, you temper it."

Jaclyn A Artisan Chocolat is sold exclusively at Mambrino King, but soon Krajewski will open her own shop – back in the Theatre District where it all began. Her storefront will open in the Henry Building at 41 W. Tupper. The opening date has not been determined.

"Chocolate is my passion," she said. "It's something I've been missing."