A few days before he departs for a new job in Dallas, WGRZ-TV sports anchor-reporter Jonah Javad got quite a goodbye present.

Javad, who said goodbye to viewers at the end of "Sports Talk Sunday" and officially has his final day at Channel 2 on Tuesday, received two New York State Emmy nominations last Thursday.

They include one in the sports category for "Talent: Anchor." He will compete in that category with some sports anchors in the nation's No. 1 TV market, New York City, including John Chandler and Bruce Beck, both of WNBC.

Javad's other nomination was in the "Sports News Single Story" category for a story titled, "A Mother's Love." It was about Lancaster's Alec Tamburri, who led his high school basketball team to victory two nights after his mother died from cancer on New Year's Day.

The most nominations – six – were achieved by Pegula Sports and Entertainment, whose intermission features were the most entertaining part of Buffalo Sabres games the past two seasons.

PSE was nominated for multiple editions of "Beyond Blue and Gold" features on the Sabres and "Beyond Blue & Red" on the Buffalo Bills and for one in the "Children Youth" category.

The nominated features include one for the documentary, "Rex & Rob Reunited," about the Ryan brothers that ran before the start of the 2016 season and one in the interview/discussion category for a March 11, 2017 story, "The Ottawa Brawl." 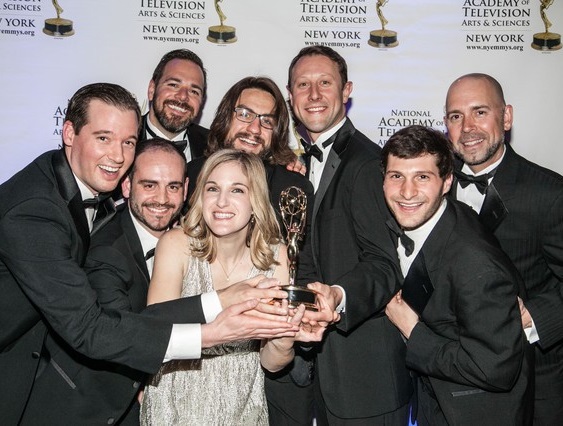 Walker's nomination, with videographer/editor Kimberly Root, was in the "Societal Concerns: News" category for a story, "The Long Road to Justice." It was about a Realtor who was beaten, raped and kidnapped while showing a Sardinia house and feared 25 years later that her attacker would be paroled from Attica. It was Channel 4's only nomination.

WKBW.com had the most nominations of any local news station with five, including three for coverage of a tornado in Western New York and one for Rusack in the video journalist category.

WGRZ-TV and WGRZ.com had a combined four nominations, including two for coverage of the University at Buffalo football program.

The winners will be announced April 14 at a black tie event in New York City.