Mike Bartlett became instant friends with those he met, loved reading and history -- and in the 24 years he led the Hamburg Industrial Development Agency, he helped spark a renaissance in the Village of Hamburg. 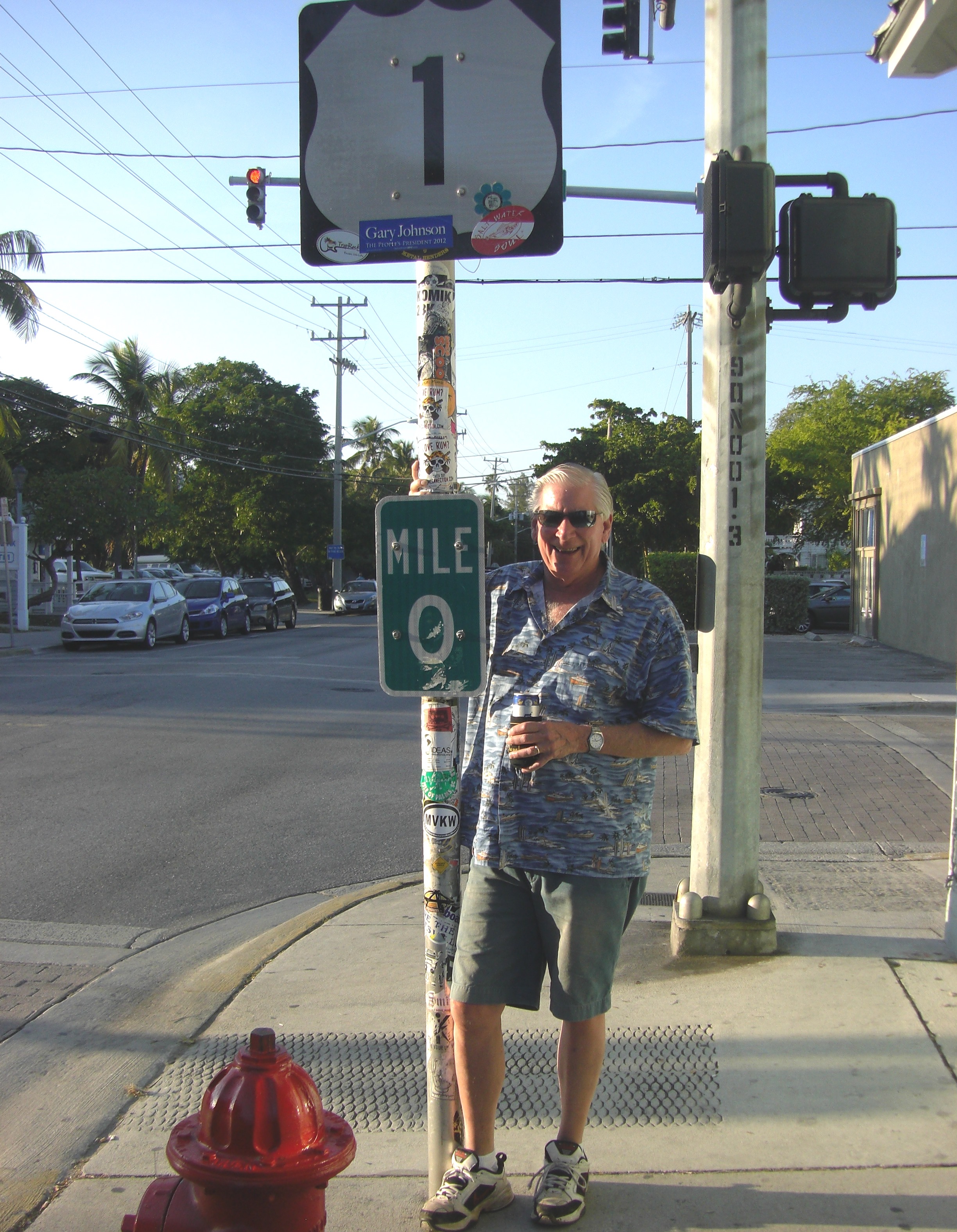 Michael J. Bartlett stands at one of his favorite places, the zero-mile marker on Highway 1 in Key West, Fla.

But his favorite place to be was Key West, Fla.

"He said Key West isn't a place, it's a state of mind," said Mr. Bartlett's wife of 32 years, Mary Bartlett.

The couple visited there every year for the past 15 years, and looked forward to retiring to Florida.

Mr. Bartlett, "who could meet people from here to wherever and be instant friends," his wife Mary Bartlett said, died unexpectedly Tuesday after being stricken at home. He was 71.

Michael J. Bartlett was born in Binghamton, grew up in West Seneca and spent most of his life in the Buffalo area. He graduated with a bachelor's degree in marketing from Canisius College.

Mr. Bartlett was an account executive for Quiller and Blake Advertising, worked at the Bank of New York in Poughkeepsie and was marketing manager for Western Savings Bank.

That's where he was working when he was tapped to be one of the proud Buffalonians appearing in the "Talking Proud" commercial during the 1980s marketing campaign.

Over the years, he was responsible for helping businesses from the smallest mom-and-pop storefront on Main Street to the Ford Motor Co. in Woodlawn.

"He was a real tribute to the whole town, he brought a lot of projects here," said Hamburg Village Mayor Thomas J. Moses Sr. "It just crushed us. He was just a great guy."

He credited Mr. Bartlett for following through on programs that revitalized the village's main business area and the village itself.

"He always said to me, 'My legacy will be the Village of Hamburg,'" Mary Bartlett recalled.

Walters said Mr. Bartlett was a "big picture guy" who always did what was best for the town.

"He was willing to take the arrow and the flames that came with that position if he thought it would benefit the community," Walters said.

Mr. Bartlett never shied from defending the work of industrial development agencies and their ability to grant tax abatements and payments in lieu of taxes from those who would eliminate town IDAs, or restrict their tools to attract businesses.

Walters and Robert Reynolds, who now serves on the Hamburg IDA board, praised Mr. Bartlett's efforts to assist Ford in projects to keep it a major employer in the area.

"To me he was always open, honest. He's done a great job for the community and he will be sorely missed," Reynolds said.

In addition to his wife, Mr. Bartlett is survived by his son, Jeremy M., and one grandson.