When it comes to social activism, Buffalo Bills co-owner Kim Pegula would like to see NFL players and ownership find “common ground” that would mutually benefit their business interests.

During a panel discussion Friday at the MIT Sloan Sports Analytics Conference in Boston, Pegula shared her perspective that players overlooked the impact protests they staged by kneeling during the national anthem would have on the business of the game. The protests have frequently been cited as a reason for declining NFL television ratings and attendance.

“They didn't grow up in the sports business world,” Pegula said of players in the league. “They came in on the player side, so a lot of them just didn't understand or know the impact that it had on the business, on the organization, on our community, good or bad. I do think there's definitely an impact.”

She did not elaborate, but added, “I wouldn't shy away from it at all, because I think there is a common ground and I think a lot of it is just more about communicating and learning from each other on both sides and coming to some type of compromise at some points. And sometimes you won't be able to come to a compromise, but something usually gets done when that happens.”

On Sept. 23, the day before the Bills were to face the Denver Broncos at New Era Field, Pegula and her husband, Bills co-owner Terry Pegula, met with a group of their players to discuss the players’ anger toward President Trump’s public criticism of protests around the league. Later, the Pegulas issued a statement condemning Trump’s comments, calling them “divisive and disrespectful.” 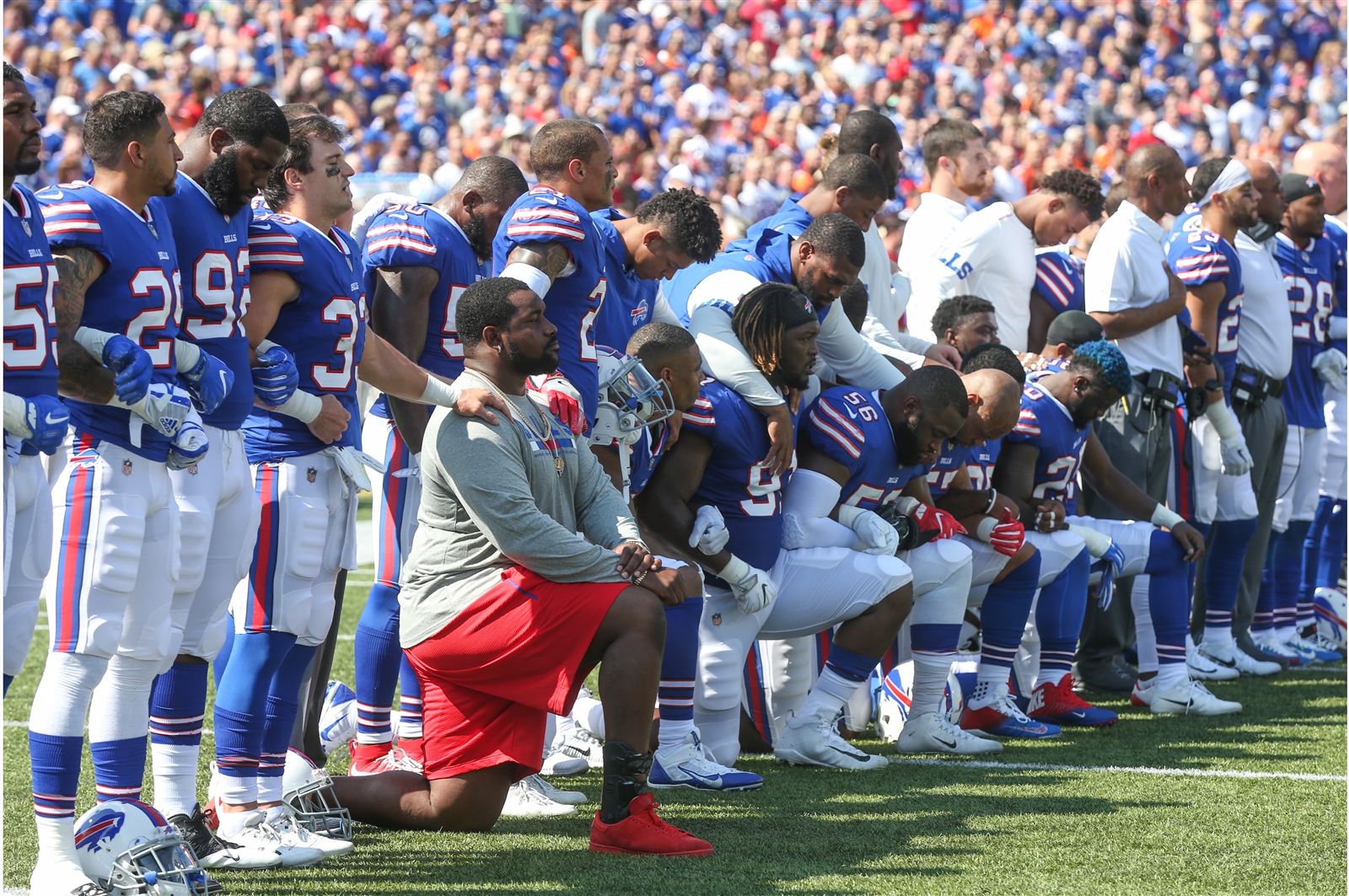 Some Bills players took a knee during the national anthem before a game last year in Orchard Park. (James P. McCoy/Buffalo News)

The next day, a dozen Bills players knelt during the anthem while players and coaches locked arms after stepping several feet in front of the sideline. A smaller number of players continued protesting but eventually stopped as the season progressed.

During Friday’s conference, Kim Pegula said the impact on the team’s business was part of the dialogue she and her husband had with the players.

Near the end of the conference, each panelist was asked to briefly comment on the biggest story in the business of sports they’re watching in the next 12 months.

“Of course, that's a much longer discussion, but that's my short answer.”

Thurman Thomas on NFL protests: 'It's not about the anthem'