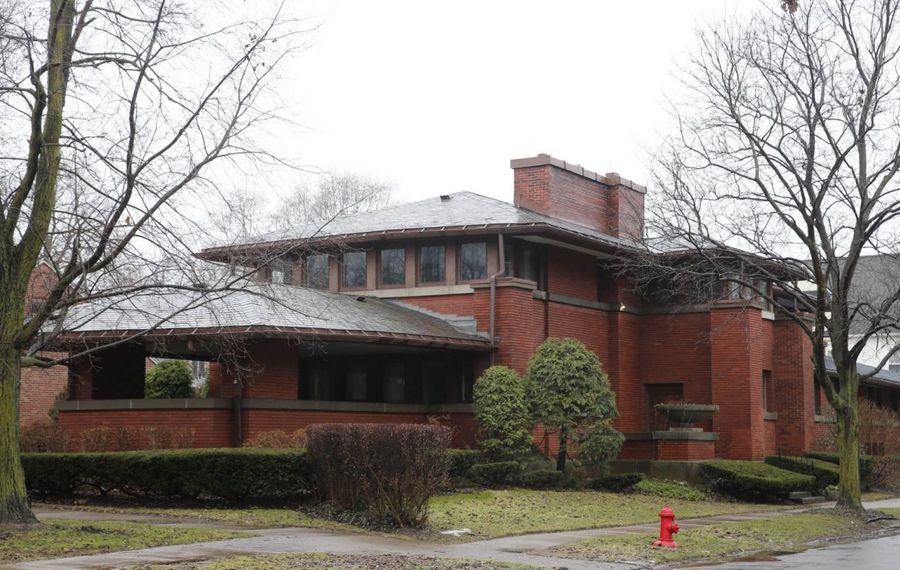 The Buffalo Preservation Board Thursday unanimously accepted applications to designate two Frank Lloyd Wright-designed residences in the city as local landmarks, over objections from the owners of the property.

The board scheduled a public hearing for March 8 to allow the public to weigh in on the designation – before the board makes a recommendation to the Common Council.

"At that time, during the public hearing, everyone will have an opportunity to speak, both those who oppose it and those who favor it," said Preservation Board Chairman Paul McDonnell, following the meeting.

The board will vote to make a recommendation to the Common Council, which will then send the matter to its Legislation Committee, which also will hold a public hearing before the full Common Council makes a final decision.

McDonnell said the William R. Heath House at 76 Soldiers Place and Walter V. Davidson House at 57 Tillinghast Place were recommended to the Council as designees for local landmark status about a decade ago.

“The Heath House was approved and later rescinded because the owner contested the public notice and the city did conclude that proper public notice was an issue,” McDonnell said. “So it was rescinded and the item was never brought back up again by the Preservation Board.”

The Davidson House application was never officially acted upon by city lawmakers, he said.

McDonnell called the Preservation Board proactive, in its attempts to achieve local landmark status for the Davidson and Heath houses, which are in the Prairie School style.

“One of our duties as a Preservation Board is to identify properties that are eligible to be locally landmarked, either because of their significance or they’re endangered. We acknowledge that neither is endangered, but I don’t think anyone can deny they’re significant,” McDonnell said.