It was one of the more brazen marketing moves in local sports history.

Why come up with a new logo when you can just borrow one from your sponsor? Especially when that sponsor is yourself.

That was the thinking of Buffalo brothers Ruby, Sam and Al Pastor, who happened to own both a Pepsi bottling plant and the Buffalo Bisons hockey club, a farm team for the Chicago Blackhawks and direct precursor to the NHL's Buffalo Sabres.

Seeing an obvious marketing win, Pastor swiped the famous logo, changed "PepsiCola" to "Buffalo," and thus one of the more controversial visual identities in Buffalo sports was born.

Longtime Buffalo hockey fans who recall that logo, or its brief return to the Sabres gift shop during the 2010-11 season, might find themselves pushed into a nostalgic reveries by Pepsi's new retro marketing campaign: The '50s-style Pepsi logo, which gradually evolved into today's abstract tripartite swoosh, has been popping up again on some of the company's packaging and advertising.

The Pastors turned their small soda-delivery company in the Bronx into a regional bottling empire. The family finally sold the Buffalo Pepsi-Cola Bottling Company in 2002.

The Pastor brothers began their business after purchasing a used delivery truck for $40.

"Pastor and his brothers," according to a Buffalo News obituary of Ruby Pastor in 1985, "battled competitors in New York City who tried to tip over their truck, break their bottles and spill their soft drinks. By the early 1950s, they had built the business into the largest Pepsi-Cola distributorship in the United States." 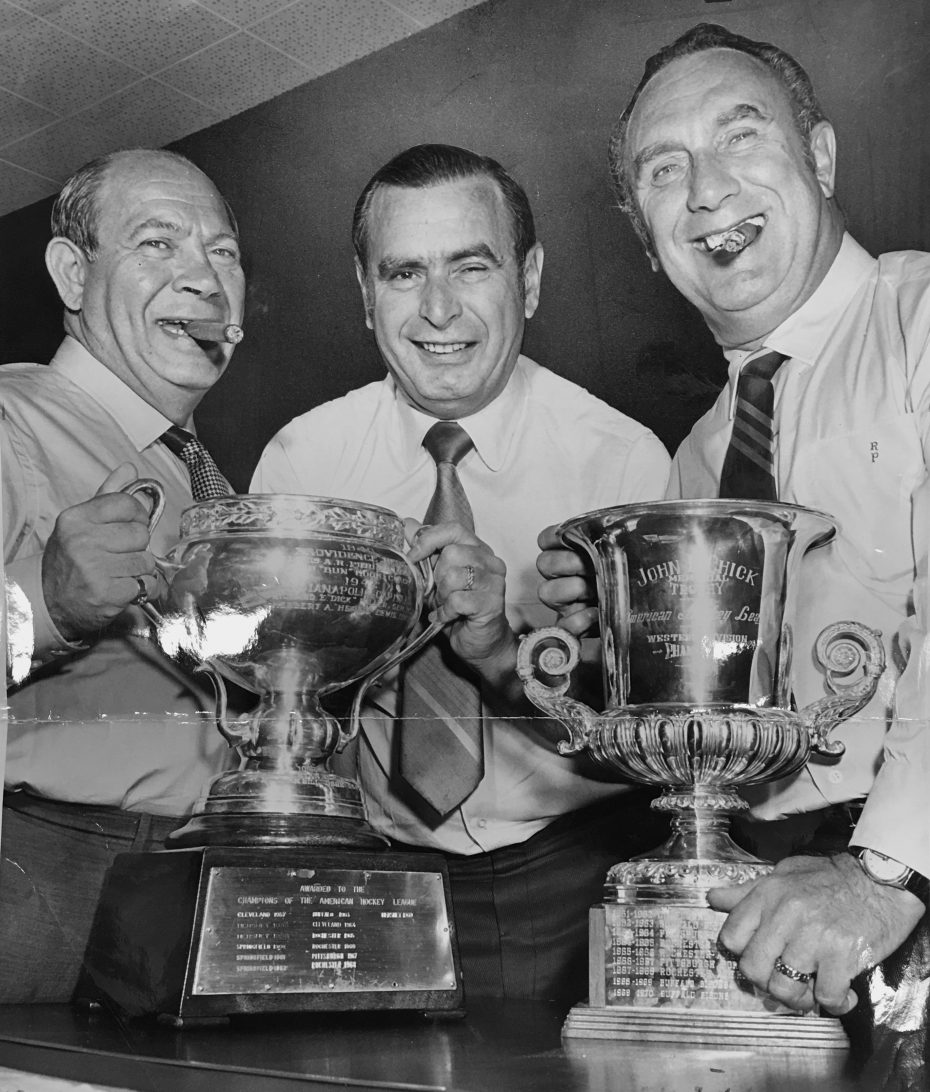 Brothers Sam, Al and Ruby Pastor pose with trophies awarded to their Buffalo Bisons hockey club sometime near their sale of the team to investors Seymour H. Knox and others in 1970.

Ruby Pastor bought the Bisons in 1956 from the Chicago Blackhawks and sold the club in 1970 to a group of investors led by Seymour H. Knox for a reported $1.2 million.

"After a game, Ruby would be in the dressing room, talking to the coach and players, often handing out those big dollar cigars to players who had done well," longtime Buffalo News hockey writer Dick Johnston wrote in a 1985 profile.

As for the team's logo, the leadership of the American Hockey League wasn't impressed.

"They laughed at the insignia he put on the Buffalo uniforms -- Pepsi Cola bottle caps, they said, scornfully -- but they didn't laugh at the crowds the Bisons brought to their arenas."