With the opening of Pho Kim Chi Feb. 7, Lackawanna now has its own full-fledged Vietnamese restaurant.

Mai is an experienced restaurateur, who last opened Pho Dollar, a Vietnamese restaurant on West Ferry Street, before selling it last year.

His restaurant doesn't sell alcohol yet, but he's applied for a beer a wine license, he said. 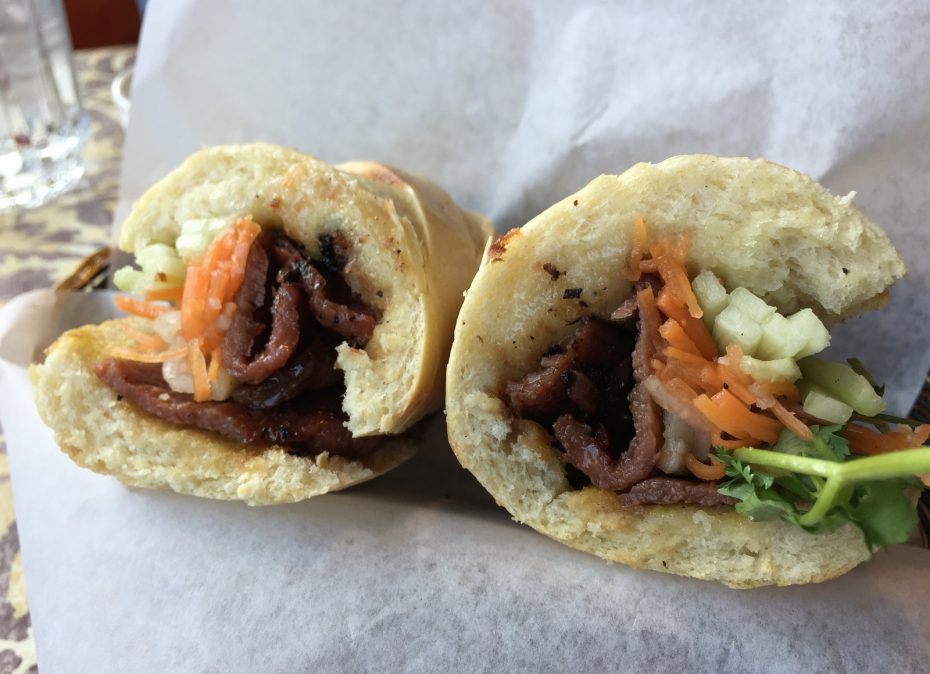 The menu is standard Vietnamese with a few unusual dishes. There's grilled meat and seafood, stir-fried dishes ($9.95-$12.95), and an assortment of rice plates, topped with proteins like grilled pork chops, grilled chicken or shrimp ($9.95-$13.95).

Customers can add a crispy-edged, caramelized grilled pork chop for $4.95, a move I recommend if you're not eating alone, because it will make up for other people at your table mooching yours. 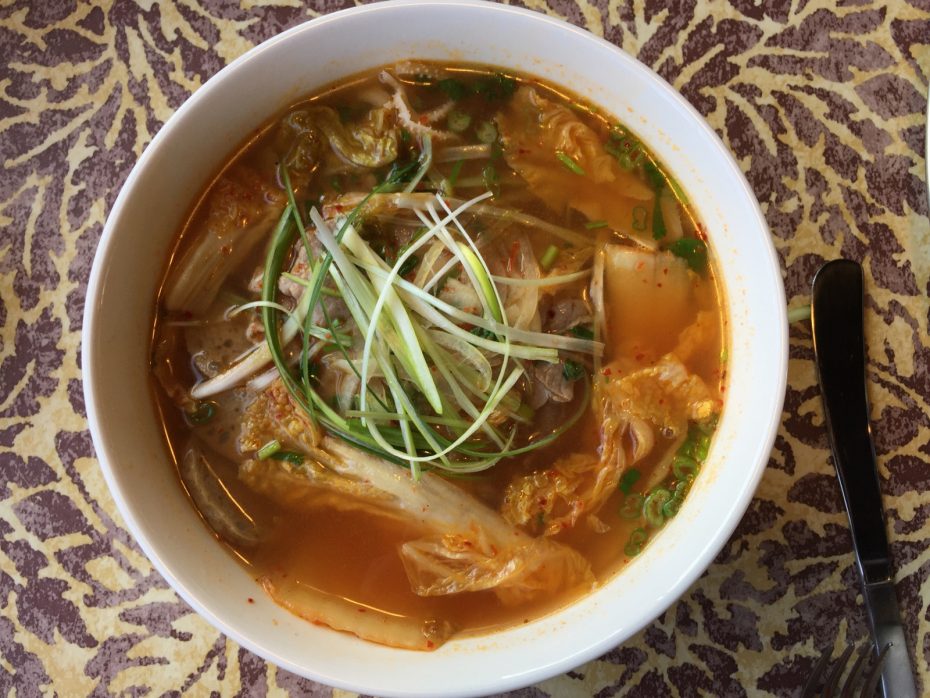 All soups come with a plate of fresh bean sprouts, herbs, sliced fresh jalapenos and lime wedges, to doctor up the soup to taste. 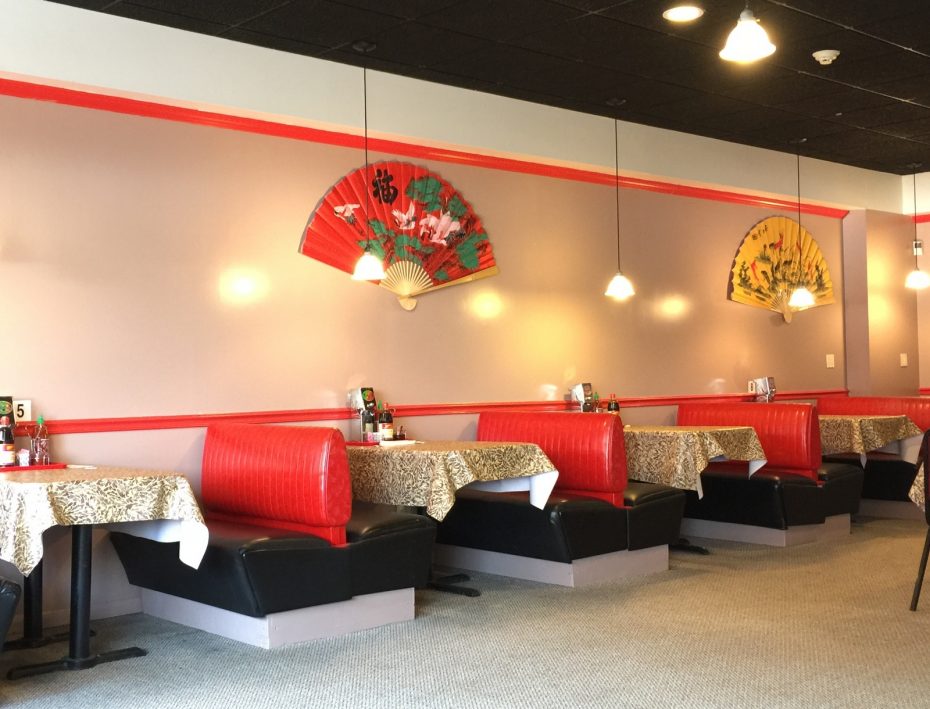 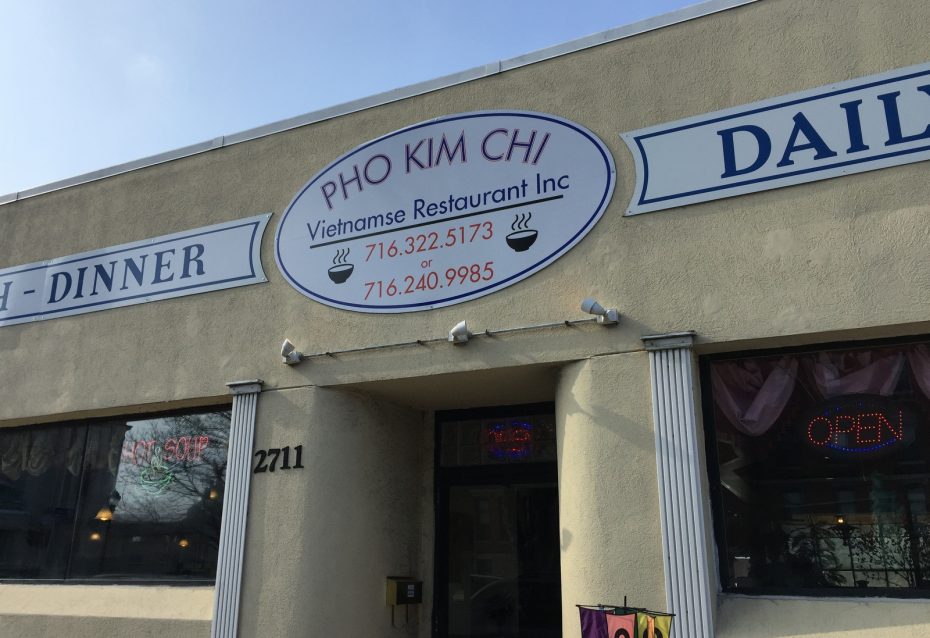 Chef-owner Chaz Bulera said it was time for a course correction at his restaurant, which he and his wife Kristina bought in 2012. Located at 971 East River Road, it won television recognition in 2010 for its massive Bone in the Stone steak, with Bulera as chef.

In the following years, "we kind of lost of way a little bit," with outside work and catering gigs that took some of his attention away from the restaurant, Bulera said. "We've backed away from all that."

A return to basics includes expanding the restaurant's barbecue menu as Riverstone becomes more of a barbecue-steakhouse hybrid.  That doesn’t mean the dishes will stick to the basics, though.

"We're looking at doing different barbecue things," he said. That means that in addition to hickory-smoked beef brisket, pulled pork and chicken, there's some creative spins on traditional barbecue presentations.

Instead of "a big old pile of pulled pork, figuring out some way to make it fun," said Bulera. "I always say, 'When you're drunk, will it taste good?' "

There's also massive beef ribs, about a pound each, selling for $17-$19. Custom sausages include a beef on weck sausage ($12), served with "Buffalo White Hot Barbecue Sauce," powered with horseradish, and two sides.

The Bone in the Stone will remain on the menu. But fancier preparations, like roulades, will be scarce. "More of the big floppy sandwich with grease dripping down your chin," he said. "That's more of where we are today."

Riverstone Grill offers a fine walk on the wild side, starting with bacon

"Having Lebanese cuisine over there was difficult for people to understand, especially with the way the Elmwood Village has changed over the years. It felt like people weren't getting it any more," Peter Eid said of Mezza, opened in 2010. "We made a decision to open as a more neighborhood-friendly restaurant."

Instead of falafel and hummus, the Eids "want to bring it back to American cuisine, if you will. Burgers, wings, salads, stuff along those lines." The menu isn't complete yet, he said.

At the bar, expect cheaper prices. "It'll be more of a pitcher beer place, with less expensive cocktails," said Eid.

Expect a name change as well.

"The only thing for sure now is that we're going to have an auction Feb. 14 and get rid of our old equipment and furniture," he said. "Brighten it up a little bit, and bring in some new stuff."

The Eids hope to reopen in March, if all goes well.

Gonzalez honored: Victor Parra Gonzalez, the chef-owner of Las Puertas, has been nominated for a James Beard award.

The honor puts the Buffalo chef in rare company, and give diners another reason to look at the small, stylish restaurant at 385 Rhode Island St.

The Beard awards, akin to the Emmys of the American hospitality industry, are administered by the James Beard Foundation. Gonzalez is among 20 semifinalists in the Best Chef: Northeast category of the 2018 nominations list. The category covers New York State outside New York City, plus Massachusetts, Connecticut, Maine, Rhode Island and Vermont. 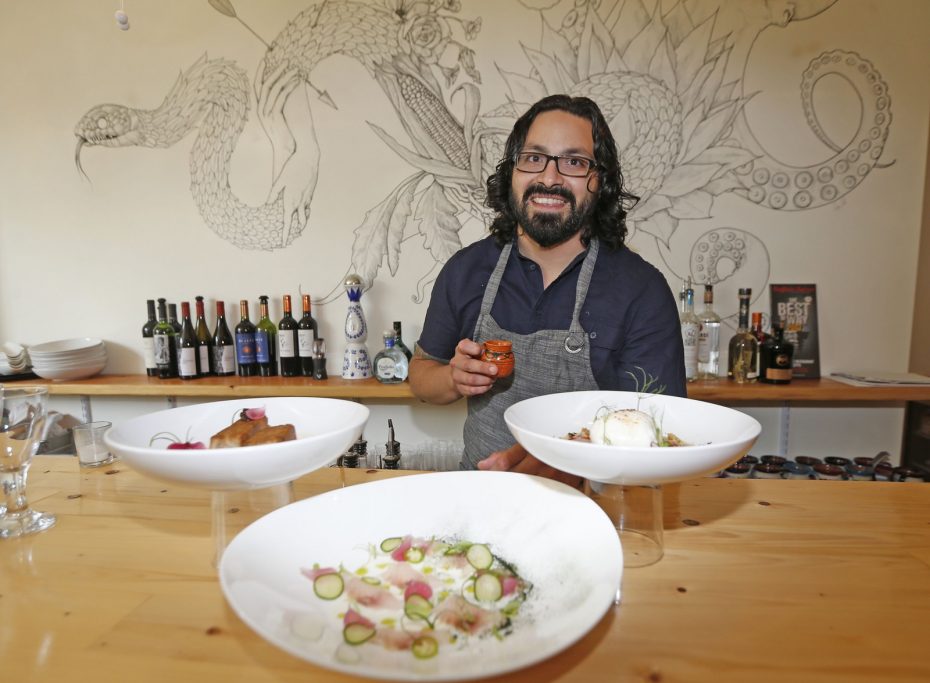 Owner and chef Victor Parra Gonzalez with some of his popular dishes including the pork pibil, ceviche blanco and burrata at the Las Puertas. (Robert Kirkham/Buffalo News)

The chef dedicated his nomination to his mother, Olivia Polin, who has been his first cheerleader and hostess in his restaurants.

"The push to get this restaurant done was so I could accomplish everything I could while my mother was still in good health," he said. "That's why I moved from Montreal to here. It has been a race against her cancer. So to wake up to this today is just incredible. I can't tell you the joy, the energy and satisfaction that she could see this."

"The nomination is proof of what our team does, that the ethos we created works, that the financial risk and daily grind, leaving it all at the table, has been validated. It gives us more satisfaction than anything I could have imagined," Gonzalez said.

"The nomination is for all of us. Jen (Batt), Rosita (Molina), Maddy (Chase) and myself, four kids rushing every day against the clock and going at it. The nomination has my name on it, but without them I could not compose the dishes I do."

At Las Puertas, a world of new sensations

Raised in Alcapulco, Mexico, Gonzalez started showing Western New York delicate and distinctive takes on Mexican cuisine at Jaguar at the Bistro in Youngstown. He opened Las Puertas in February 2017, and Casa Azul, a taqueria-plus-cocktails spot, with Zina Lapi in 2016.

The next step in the James Beard Awards will be the announcement of finalists in each category March 14. Ellen and Steven Gedra, of The Black Sheep, made the Beard semifinalist list last year. Mike Andrzejewski, owner of SeaBar and Cantina Loco, was nominated in 2009 and 2010.