Derby skier Tricia Mangan and her family have been overwhelmed with messages and well wishes since Mangan was added to Team USA for the Winter Olympics just days before the Opening Ceremonies. Here is a message and an update from her parents, David and Martha Mangan, and family.

"Thank you to everyone for the fabulous support you have offered Tricia and Team USA these past two weeks.

​Tricia will be racing in the Alpine Team event this Friday, 9pm EST/Saturday, 11am Korea time! The team race is a parallel, head-to-head race that is very exciting to watch live. Tricia will be on a team with one other female US athlete and two male US athletes.

Tricia will not be racing in the Alpine Combined event Thursday night. This discipline usually has one run of Super-G and one run of slalom, but the Olympic version has Downhill instead of Super-G, and Tricia and coaches felt it would be better to focus on training for the team event rather than race a downhill since she has had minimal training in downhill all season.

We returned home from South Korea on Sunday after an absolutely fabulous trip! Tricia’s support crew this week will be made up of several aunts, uncles, and cousins who traveled to Pyeongchang on Tuesday! She is incredibly excited to see them, and to be racing this weekend! 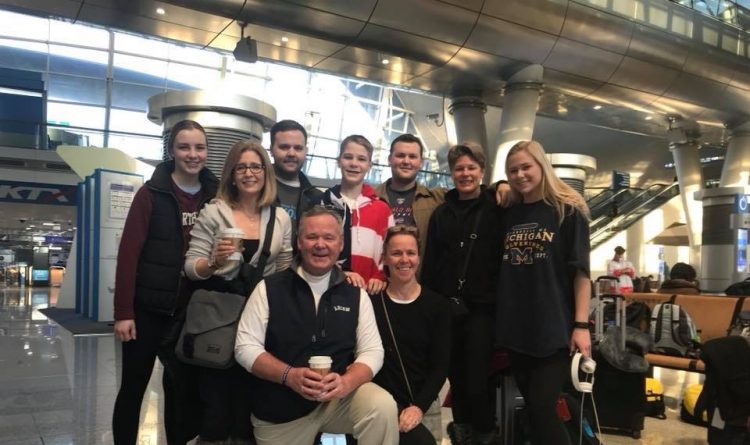 To be part of the Olympic experience is difficult to describe, and for all eight of our family to be there last week was truly special. The atmosphere and excitement of the games with all of the athletes and families present, as well as the spectators and volunteers, is overwhelming, and to be there with Tricia was over the top.

In addition to watching Ladies GS, we were able to watch Men’s Alpine Combined, Shawn White’s gold at Men’s Half Pipe, Luge, Biathlon, and Speed Skating! Each was remarkable in their own way, from the raw speed of the Luge to the hilarious Swedish announcer (and incredible marksmanship) during the Biathlon.

Thank you all again, and go Tricia and Team USA!"