In the '50s and '60s we were a small class in a parochial school in rural Western New York. In that class, we eventually found our own niche of individuality. Michael was the class clown; Diane was the beauty queen; some of the boys shared the strong, silent type. Ralph was quiet and kind, overshadowed, I think, by his more outgoing older brother.

The nuns nurtured us in their way and all except one were good, kind teachers. The same group of students passed on to each grade with a different teacher. Basically, we kept the same place in our class. The class clown became bolder and funnier; the beauty queen polished her flirting skills; Ralph stayed quiet.

When we reached eighth grade, the nuns helped us celebrate with a trip to Crystal Beach. On graduation day, the girls donned white dresses, nylons (yes, we called them that) and heels and accepted our eighth grade diplomas; I think the boys just put on their best shirts and got a haircut.

Our time as a class ended then as the only Catholic high schools were an hour away and most of our parents couldn’t afford their tuition anyway. The beauty queen went to public school with me; the class clown went to parochial high school; I think Ralph’s family moved away.

In my new school there were more boys like the class clown than the quiet ones like Ralph, but there was one boy who was like him. Robbie was a tall basketball star in the high school. He did not swagger when he walked, though; I don’t think he broke any hearts. He had a shy smile and a good sense of humor. He seemed kind and was not an attention-seeker. 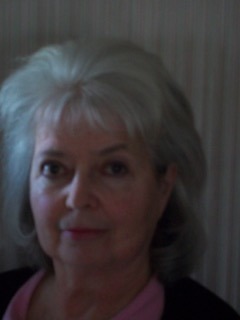 Four years passed about as fast as they always do bringing another graduation. This time we all wore caps and gowns. After our walks across the stage, we went our separate ways. I did not know what Robbie’s plans were and, as with most of my high school classmates, lost touch with him. His parents still lived in my hometown but I never knew where Ralph’s family made their home after I think they moved.

I don’t remember what I was doing when I learned that Robbie had died in Vietnam, but I was driving to college one day in 1970 when I heard on the radio that Ralph was killed there also. I was sad when I learned of their deaths, but did not dwell on it after a few days passed.

Recently I went to the movie "The Post." I knew what it was about, but was not prepared for the scenes of the Vietnam war which immediately made me cringe. As the story progressed, I was angry. How could our presidents, our government officials be the cause of continuing a war that we could not win? My thoughts of Robbie and Ralph stayed with me now longer than the news of their deaths stayed with me at the time they died.

Many decades past my grammar, high school and college years, my value of life is higher. I lived my life: married, was a parent, had a career. Ralph and Robbie, the gentlest of my classmates, died in a war our country should have ended years before it did. I speak out now for those who never had a chance to live their lives. I speak out for the other gentle, kind young men who became soldiers because they felt it was their duty to serve their country. Decades after they died I am outraged at their senseless loss of life and say, I remember you Ralph and Robbie and I mourn your loss.

Carolyn Kirsch is outraged at pointless policies that cost the lives of two gentle classmates.