Before photojournalist Law Eh Soe fled Burma in 2008, he captured some of the most iconic moments of the Saffron Revolution.

Like many journalists who put themselves in harm's way, Law was driven by a sense of duty to his fellow citizens, to the cause of freedom in his native country and the desire to preserve an important moment in Burmese history.

Now, almost 10 years after he arrived in the United States, that same sense of duty is driving Law to document the refugee experience in America.

A dozen of Law's black and white photographs – a mix of shots from Burma and Buffalo – go on view Feb. 23 in the WASH Project's temporary home on Grant Street. The show is a teaser to what Law and exhibition organizer Barrett Gordon hope will be a renewed wave of attention for the photographer, who was the focus of a well-regarded 2012 exhibition in CEPA Gallery.

Law's Buffalo photographs show the daily lives of Burmese families learning to adjust to life in the United States. There are shots of Burmese men and women in the unfamiliar snow, of babies being born to proud parents and traditional Burmese ceremonies unfolding on Buffalo streets.

Law's photos, said Gordon, show "the faces of struggle, the complex emotional labor of redefining home, and the coping that comes with such a significant move, reminding us of what stark changes folks have undergone to establish refuge."

For Law, who works as a freelance interpreter, documenting the immigrant experience requires someone dedicated to the task in a way a traditional newspaper photographer can't be.

"They only can come for an occasion, or for a feature story. But they will never take [photos] with the passion I do, to take documents for my people. So I did it," he said. "The historical record is important for the people. They really do not know that, but I know that." 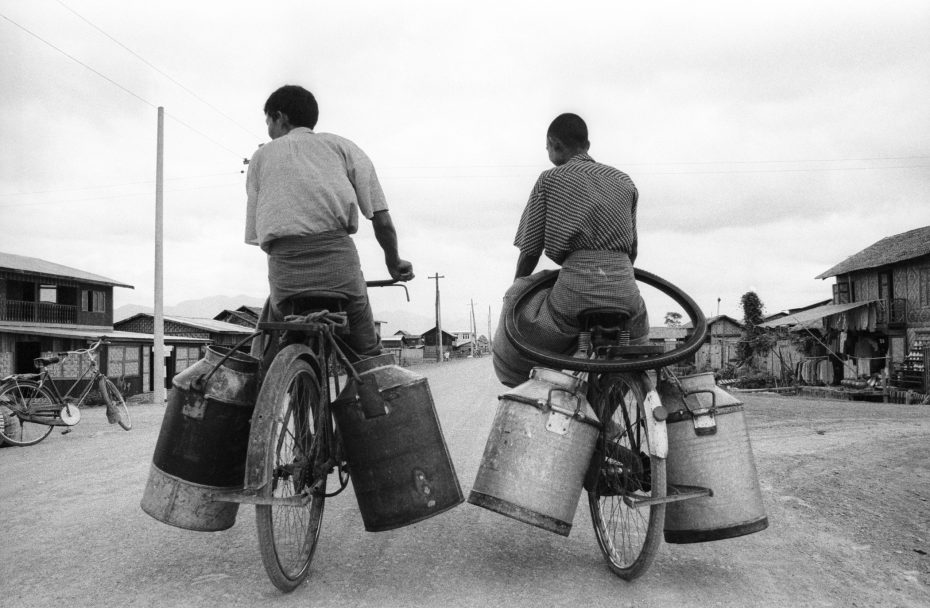 "Milk Sellers," a photograph shot in Burma by Law Eh Soe, is on view in a new exhibition of his work in the WASH Project.

In choosing subjects for his photographs, Law gravitated toward the struggles of adjusting to a new environment. Foremost among these, he said, is the weather.

"Because we came from a totally tropical country and here, the snow, especially the winter, it's very tough for us," Law said, recalling how, as a child, he marveled at images of snow, skiing and Santa Claus. "We had no idea what kinds of people live in that area and we loved to see winter. We dream that one day we can go and visit."

Actually being here is another story, but Law said that after nearly a decade of living here, he's embraced it.

Risking his life to let freedom ring;Human rights hero whose photos showed Burma's brutal military regime now works here 'as a fervent advocate of those who have no advocate'

"You never know what will happen for you tomorrow," he said. "I had to run as a refugee. I have to face different weather. I'm enjoying it."

The lives of refugees come packaged with problems most American citizens can't comprehend. And the transition can be especially difficult for artists, who often find that the demands of making a life for themselves in a strange new place means that they have to give up their artistic ambitions.

"So many artists, they cannot create anymore because of their daily life, surviving while they're here," he said. "But the the thing is, I know what I have to do. I know what my heart keeps telling to me, so I always keep reminding myself: You are still an artist."

After a few years away from the spotlight, this show is Law's quiet declaration that what he does still matters.

"I know that one day, all the documents I keep doing will be very important for American history, and the second thing is, to my people," Law said. "I just simply listen to my heart."