As many as 250 workers could lose their jobs at Dresser-Rand Corp.'s plant in Wellsville within two years, after its German parent company agreed to sell one business to Curtiss-Wright Corp. and shift its remaining functions there to North Carolina.

The loss of the plant is a major blow to the largest town in Allegany County, where the plant has been a major employer for more than a century. It's part of a trio of Southern Tier facilities that Dresser-Rand owns and operates, in addition to plants in Olean and Painted Post that are not affected by the closure announcement.

Curtiss-Wright, based in Charlotte, N.C., said Tuesday it would pay $212.5 million in cash to buy the business and services assets of the Dresser-Rand Government Business from Siemens Government Technologies. That's a subsidiary of Nuremburg, Germany-based Siemens AG, which acquired Dresser-Rand in 2015.

The Dresser-Rand unit employs about 150. The acquisition is expected to close in April, if regulators approve, after which Curtiss-Wright will move those operations in Wellsville to another location that has not yet been determined.

Additionally, Siemens officials told employees at the plant on Coats Street that it would shift the remaining commercial Power Generation Services work now performed at Wellsville to Charlotte and other Siemens facilities.

The German company said in a statement that the two steps are part of its efforts to adjust its manufacturing and service network because of excess capacity and falling prices caused by "broad energy market changes that are affecting the entire supply chain."

Siemens said the Wellsville plant will remain open after the sale for about two years, during which time it will perform manufacturing and related work for Curtiss-Wright under a contract to maintain services for "critical customers and programs" until that work is moved elsewhere.

Curtiss-Wright will offer jobs to about 50 Dresser-Rand employees who support that work, while some others will be allowed to staff a "local product line office" that will aid the transition of the power generation work to other Curtiss-Wright locations. Further details on those opportunities will be communicated to employees along the way.

Otherwise, layoffs will occur in phases as the work is moved, with precise timing uncertain as of now, a Siemens spokesman said. "It is the company’s highest priority to assist all employees during this transition and to provide access to employment resources and job search assistance for those not offered continued employment," Siemens said in its statement.

But the union representing the Wellsville employees, the International Association of Machinists and Aerospace Workers, expressed outrage at Siemens' actions, noting that the company has not provided any details on how the layoffs and closing will proceed.

“The announcement by Siemens officials on Monday came without warning, and without any regard to the workers, their families, nor the future of their families," said Ron Warner, directing business representative for District 65 of the Machinists Union, which has represented workers at the Wellsville plant since 1942.

The union's international president said workers were "shocked" to learn of the closing. And he ridiculed Siemens' claim of being "committed to ethical and responsible actions," suggesting that "the announcement of this facility closure shows that Siemens has lost their way."

"Dresser-Rand and their dedicated employees have been a staple in the Wellsville community for over 100 years," said Robert Martinez Jr., in an emailed statement. "This decision by Siemens shows that they have no loyalty to working families and local communities... This type of corporate greed must end and our country needs to put working families over corporate greed."

The Wellsville plant dates to 1916, when it opened as the Moore Steam Turbine Co. Through a series of mergers, it eventually became part of Dresser Industries in 1985, before Dresser and Ingersoll-Rand combined related businesses in 1987 to form Dresser-Rand. Ingersoll-Rand then took sole control in 2000 and sold it to a private-equity firm in 2004. The company went public in 2005.

The Wellsville plant helps produce stem turbines and valves, aftermarket parts and upgrades for the Navy, as well as rotors and other components needed for power generation and distribution equipment in the oil and gas industries.

Curtiss-Wright, named for the heritage of Glenn Curtiss and the Wright brothers, is a global company operating in the commercial, industrial, defense and energy markets. Its airplane division once maintained operations in Buffalo that included the research laboratory that later became Calspan Corp.

The company supplies pumps and valves for the nuclear propulsion systems used in submarines and aircraft carriers in the U.S. Navy. So the acquisition provides a major boost to its existing relationship with the Navy, which is also the core of Dresser-Rand's government business.

Its products support Nimitz-class and Ford-class aircraft carriers, and Virginia-class and Columbia-class submarines, and it's the sole supplier of steam turbines and main engine guard valves on all aircraft carriers. It also provides ship repair and maintenance for the Navy's Atlantic and Pacific fleets, through its three service centers.

And it makes steam turbine feedwater pumps for the commercial nuclear power market.

Curtiss-Wright expects the Dresser-Rand unit to produce about $95 million in fiscal 2018 sales, mostly to the naval defense market, with additional sales in power generation. Curtiss-Wright said the acquired business will become part of its power segment, and should add to earnings per share this year. 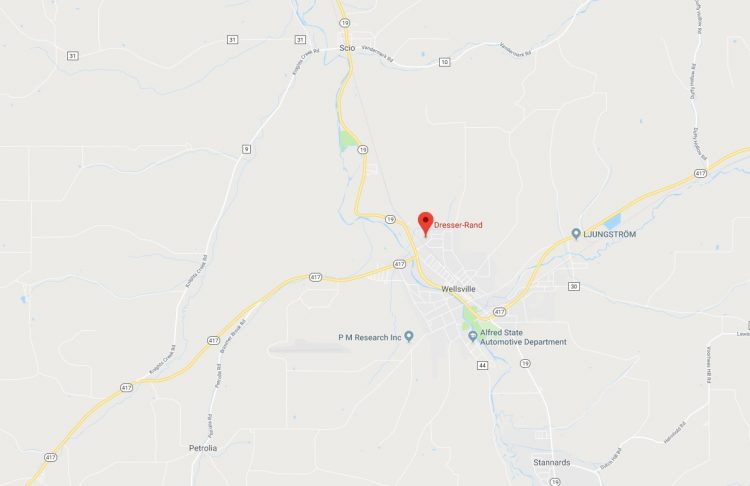