Daylight come and the fans want to go home.

Who would blame them?

The Sabres have been outscored, 30-12, during the matinees. The deficit is 24-6 during first and second periods.

Just like Saturday's 4-2 daytime loss to Los Angeles, the Sabres made a third-period push that fell short. Washington was up, 2-0, after 40 minutes and scored into an empty net with 25.9 seconds left to make it 3-1.

Evander Kane closed the scoring with 3.3 seconds to go. It was his 19th goal but just his third in the last 20 games.

Tipping point: The Capitals opened the scoring with 1:18 gone in the second period. Star winger Alex Ovechkin did the honors, though it took a review to confirm it.

Ovechkin reached out tip Christian's Djoos' point shot, and the puck bounced off the ice and past Johnson. After Ovechkin's emphatic fist pump, the officials checked the video to confirm kept the winger kept his stick below the height of the crossbar. He did, giving him 35 goals this season.

Another review: The Capitals took a 2-0 lead late in the second on a goal that took even longer to sort out. During a scramble at the Sabres' net, the puck bounced along the goal line and was kicked away by Kyle Okposo. Play continued, and the Capitals' Evgeny Kuznetsov was whistled for tripping with 6:13 left.

The NHL Situation Room initiated a video review and determined John Carlson's net-side shot bounced over the line before Okposo cleared it. The Capitals increased their lead to 2-0, and the clock was reset to 6:27. 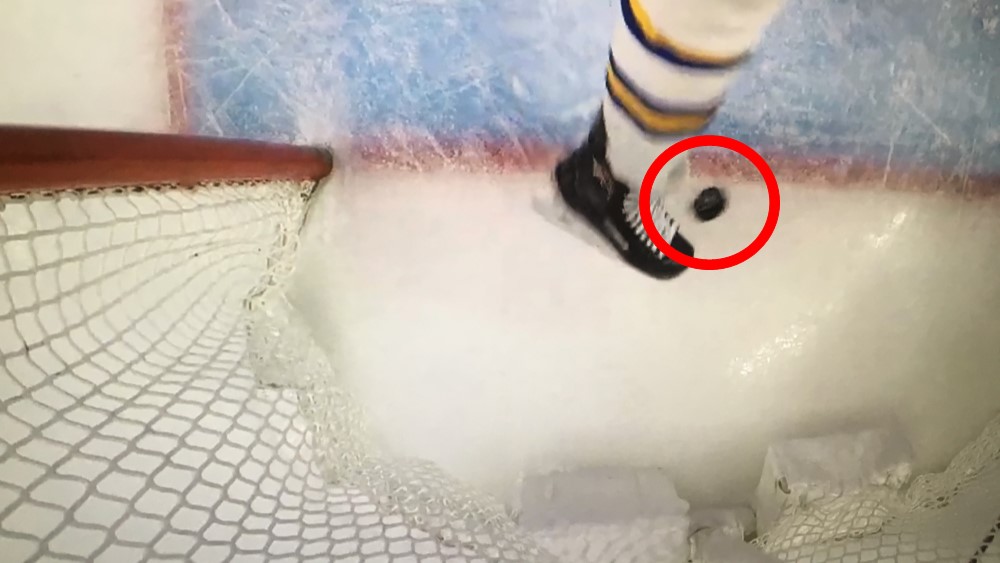 Even though Kuznetsov's penalty came during time that technically didn't exist because of the clock rollback, he still went to the box. Rule 78.6 states: "Any penalties signaled during the period of time between the apparent goal and the next stoppage of play shall be assessed in the normal manner, except when a minor penalty is to be assessed to the team scored upon, and is therefore nullified by the scoring of the goal."

On the board: The Sabres cut the deficit to 2-1 with 7:18 left in the game. Kyle Okposo crossed in front of the Caps' net and tipped Scott Wilson's shot from the slot eluded goaltender Philipp Grubauer.

The goal was Okposo's 10th of the season.

Over: Kuznetsov finished the Sabres after Rasmus Ristolainen failed to connect with Evan Rodrigues on a pass in the Buffalo zone.

Big saves: Although the Capitals had just 10 shots during the second period, they repeatedly set up point-blank chances. Johnson was impressive in stopping eight shots, including close-range chances by Madison Bowey, Devante Smith-Pelly and Djoos.

Scoreless first: Johnson turned aside 14 shots and Grubauer countered with 10 saves as the teams hit the opening intermission in an 0-0 tie.

Back to the box: Sabres center Johan Larsson took a tripping penalty late in the first period. In his last eight games, Larsson has six minor penalties, a major, a match and a two-game suspension.

He has three goals and seven assists in 58 games.

New vantage point: The Sabres set up a makeshift broadcast table in Section 108, and announcers Rick Jeanneret and Rob Ray called the game from there.

Trade: Before taking the ice, the Capitals acquired defenseman Michal Kempny from Chicago in exchange for a third-round draft pick. It was a depth move for the Caps, who picked up a 27-year-old who had one goal and seven points in 31 games with the Blackhawks.

Next: The Sabres will hit the road for a couple of games. They visit the Detroit Red Wings on Thursday and will take on the Caps in Washington on Saturday. After hosting Boston on Sunday, the Sabres will join the NHL in preparing for Monday's trade deadline.

How to really get someone to take your Sabres tickets