They knew that Myrtle – called "Micki" by her friends – was placed in Buffalo's old German Catholic Orphan Asylum, in the late 1930s. They knew she was finally reunited with her mother when she was 13, and that she became a fine enough student at the now-closed Bishop Quigley High School to earn a scholarship to D'Youville College.

They knew, despite all that grief, of the foundation she somehow built for her family, how she taught biology and medical technology before retiring as a department head at Erie Community College. She became a quilter and a painter and eventually – after the death of her second husband – settled into a quiet life in Holland.

Through all of it, through all the time they knew her, she never mentioned the letter she wrote as an 8-year-old orphan to President Franklin D. Roosevelt – or the national spotlight that surrounded it.

For much of their lives, her grown children had no idea her photo once appeared in Time magazine under the headline of "Little girl, big job," or that it showed up in newspapers around the nation.

It is a tale fitting for Presidents Day.

Myrtle, now 84, said she never saw a reason to say much about life in the orphanage – not even about that luminous instant of fame.

Most of the people she knew, she said, were raised at home with their families.

To her, it was always impossible to describe how an orphanage felt, or what it was. 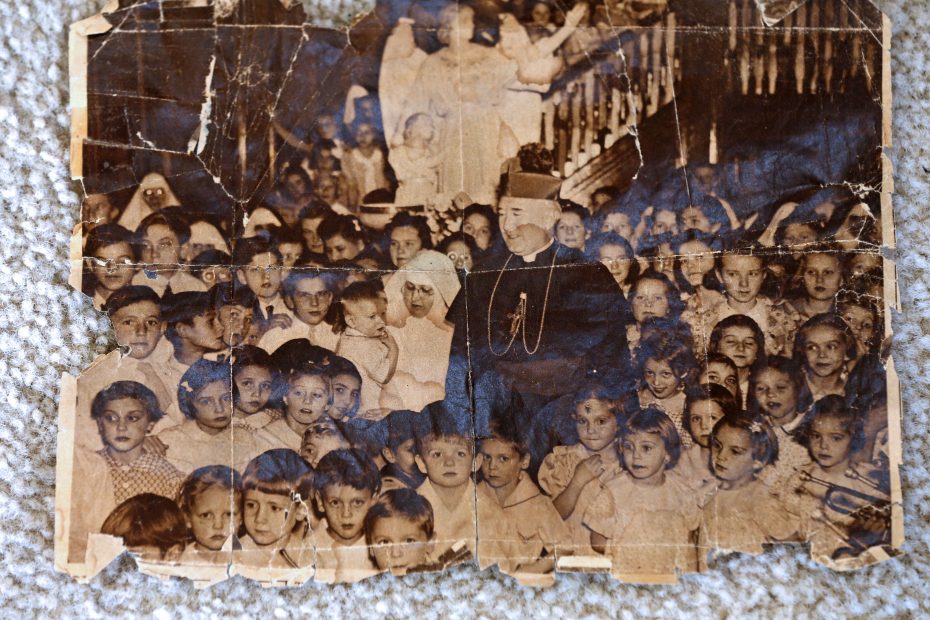 An image of the orphans at the German Catholic Orphanage in the early 1940s in Buffalo. Myrtle Pickering is second from left, in the second row. (Robert Kirkham/Buffalo News)

That included the moment in 1941, just after the Japanese attack on Pearl Harbor, when the Roman Catholic Diocese of Buffalo began a "children's crusade of prayer." The Buffalo Evening News reported at the time that the Rev. Sylvester Holbel, diocesan director of the program, wanted children in the Catholic schools to "adopt" and pray for members of the military.

Sean Kirst: One of last of 'Father Baker boys,' at 95, wants only one gift

Diocesan officials decided one child should "adopt" the president. They held a drawing to choose a Catholic institution in Buffalo, and another drawing to select a particular boy or girl within its walls.

Myrtle's name came up. The Evening News, in its coverage, described her as a "winsome" child.

Her story exploded across the wire services, often including the full text of her letter to Roosevelt:

Do you wonder why you are getting a letter from a little orphan girl? I want to tell you that you are my sailor. Every little boy and girl in Buffalo is going to pray for one of our soldiers or sailors. Many people are sending names of soldiers or sailors to Father Holbel and he sends the names to us children.

I am very happy I drew your name. I think you would like to be a sailor because I heard that you were a leader of sailors in the last big war. I shall pray for you every morning and night. I am going to Communion and Mass for you once each week. I shall give up something I like very much one time each week for you.

Will you wear this little medal of Our Blessed Mother? I am asking her to keep you strong and healthy. The other boys and girls are asking their soldiers and sailors to pray with them. I know you are very busy, but will you say the prayer that I am putting in my letter?

Our country needs you very much. I will pray that Our Blessed Mother takes care of you. I am 8 years old and I can pray very hard. Goodbye, Mr. President, my brave sailor. With love.

While Time magazine picked it up and the piece went out across the wires, there is no record of whether the Roosevelt White House responded. Kirsten Carter, head archivist at the FDR Presidential Library in Hyde Park, said not every letter or piece of correspondence from that period survived. No presidential reply to the note could be found in the library archives.

Still, Pickering's letter was indicative of the intimate bond between FDR and everyday Americans, Carter said.

"He was leader of a nation coming together to confront a depression and the threat of fascism, and he received many, many expressions from many walks of life," she said. 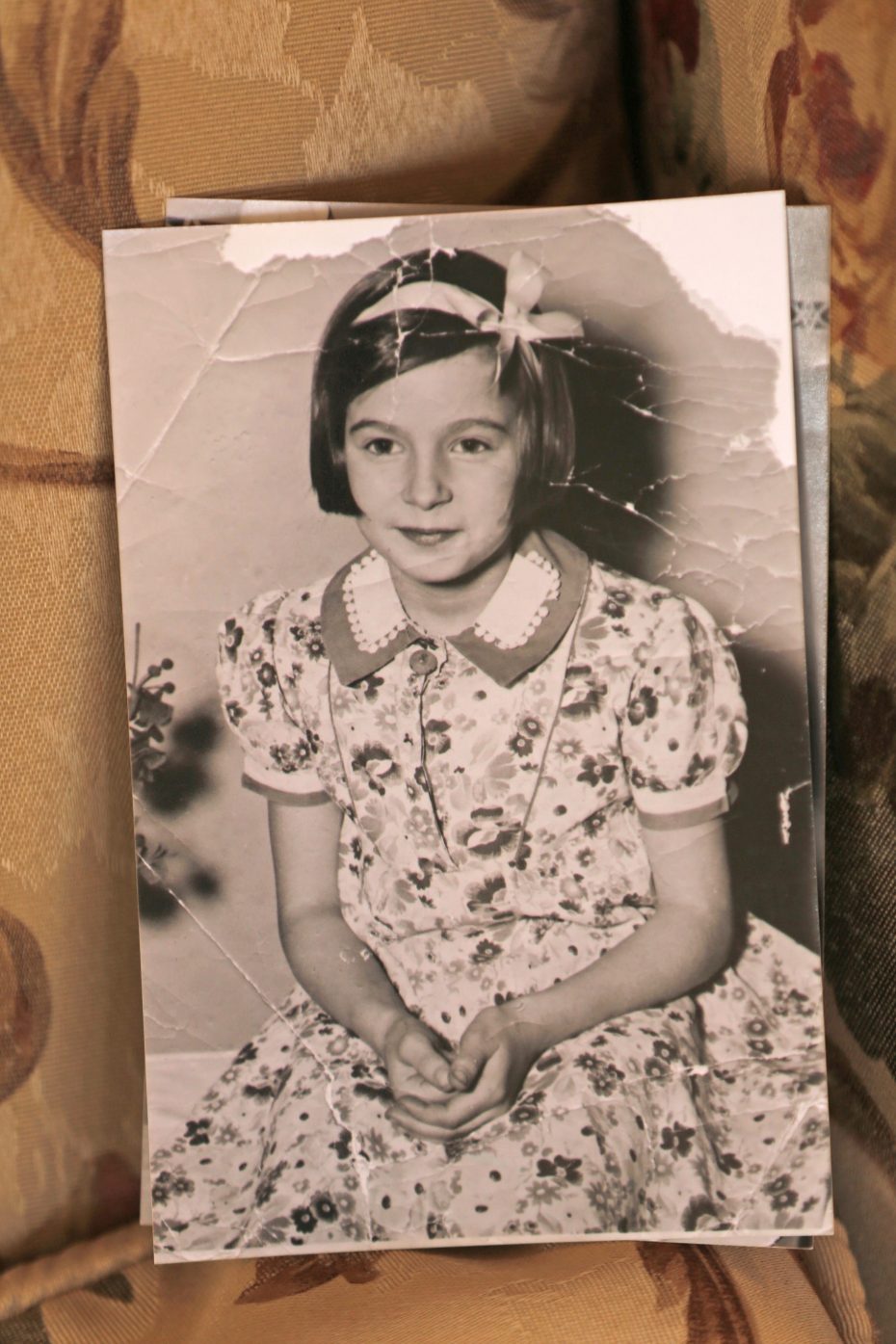 Myrtle Pickering, at roughly the time of her 1941 letter to President Roosevelt. (Robert Kirkham/Buffalo News)

That included a message from an orphan in Buffalo.

For more than 70 years, that story was lost, even to Myrtle's own family.

Nancy Schrader, one of Pickering's daughters, thinks she understands why. The memories were not an easy thing to share. Nancy's mother went into the orphanage as a 5-year-old, amid the Great Depression. Myrtle's own mother was pregnant. Her father was struggling with emotional problems. Feeding and sheltering the children became impossible.

Myrtle and her three sisters lived in the girls section of the orphanage. Their brother, Jim, was placed with the boys. He was ordered to stay on the other side of a double white line, along the pavement, separating the children by gender. His sisters could speak with him only on Sundays, when their mother came to visit and played piano for all the orphans.

Myrtle had two dresses. One, the orphanage uniform, she wore six days a week. The other one was a Sunday dress.

She can only vaguely recall being chosen to write the letter.

She does remember when a fire started burning in the kitchen, and the nuns evacuated the children by fire escape in the middle of the night.

She remembers an occasional excursion by automobile to Delaware Park, and eating oatmeal as a steady diet, and inevitable treatments for head lice.

But the most powerful emotion she recalls is the one she withstood without complaint, that long and painful time away from her mother.

Once released, once at home, she didn't look back. She became a standout student, built a career, served as an active and passionate advocate for her children.

Some parts of her life she locked away, as memories.

"We didn't know much and she didn't share much," Schrader said of the orphanage.

Still, Schrader said, Myrtle was clearly shaped by the lessons of the place.

She was always conscious of children in need, of those who struggled. Schrader remembered how Myrtle not only helped to found a youth softball league, but then paid the way for girls unable to afford the cost of registration.

The Roosevelt story didn't emerge until a few years ago, upon the death of Myrtle's brother, Jim. One of Schrader's cousins was digging into family history on the internet when a couple of old clippings popped up, including the piece in Time. The family, unaware of that episode, was stunned.

Schrader, inspired, created a portrait collage based on the newspaper clippings and images. It was only recently that another cousin, going through an old box of papers, discovered a tattered photo from the orphanage of a group of children, staring back at the camera. 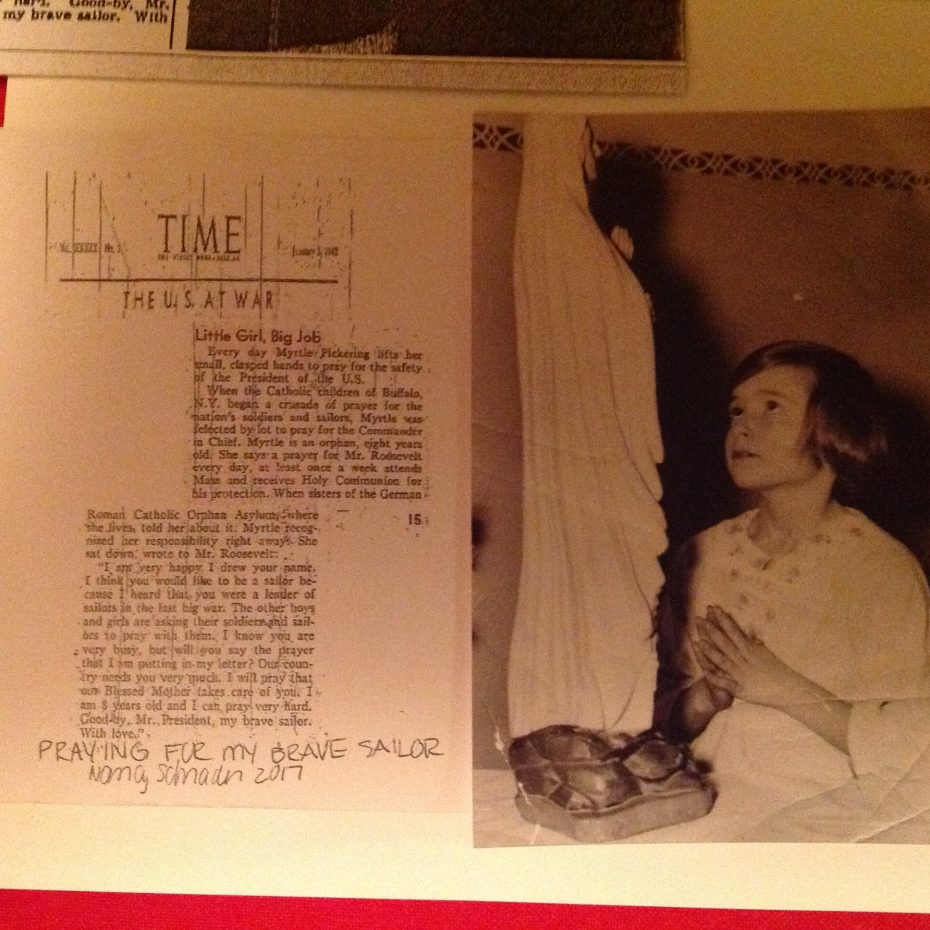 On the left, unmistakably, are the "winsome" eyes of the little girl who wrote the president.

Those same eyes, a week or two ago, looked out at the snow-covered fields of Holland. If President Roosevelt ever responded to the message, Myrtle Pickering said, no one at the orphanage mentioned it to her.

It didn't matter. The child was already busy with a task that's not yet done. On Presidents Day, she is still forging her own memorable American story.