A Cheektowaga couple and their two dogs learned a lesson many have learned before them: Letchworth State Park is a beautiful and dangerous place.

Fortunately for them, they survived their weekend ordeal and came out of it with nothing more than minor injuries -- and a missing phone.

The couple and their two dogs – a 100-plus pound Mastiff and a bulldog – were rescued Sunday night from the gorge at Letchworth, State Park Police said.

Authorities were alerted to the emergency situation in the area of the Hogsback overlook at the park about 4:48 p.m., about an hour before sunset.

Aurelia Stephan and Adam Kassem, both of Cheektowaga, were in the area walking their dogs, Steve, the bulldog, and Jeff, the Mastiff, when, according to a Park Police report, "one of the dogs slipped on an icy area and broke away from his leash, slipping into the ravine. The second dog also broke free following the first. The couple then also followed in an attempt to help the dogs up but were unable to do so, ultimately calling 911 from a cellphone."

Kassem got to the top of the gorge "through a steep ravine and met rescuers as they arrived," officials said.

Stephan and the dogs were still farther down in the gorge, which park police officials described as "extremely steep and wooded for approximately 200 feet before it transitions to a sheer vertical shale wall several hundred feet to the bottom."

In email Monday - because her phone was lost in the incident - Stephan said she and Kassem were not familiar with the park so they went looking for a place to walk the dogs. They reached a trail, but when they realized it was short, they turned around and began hiking in the opposite direction, which is when Steve slipped down into the ravine. Jeff then followed Steve into the ravine.

"They were on  the edge of a cliff so I got even more scared," she wrote. "We realized we weren't going to be able to get us or the dogs out so we called for help." 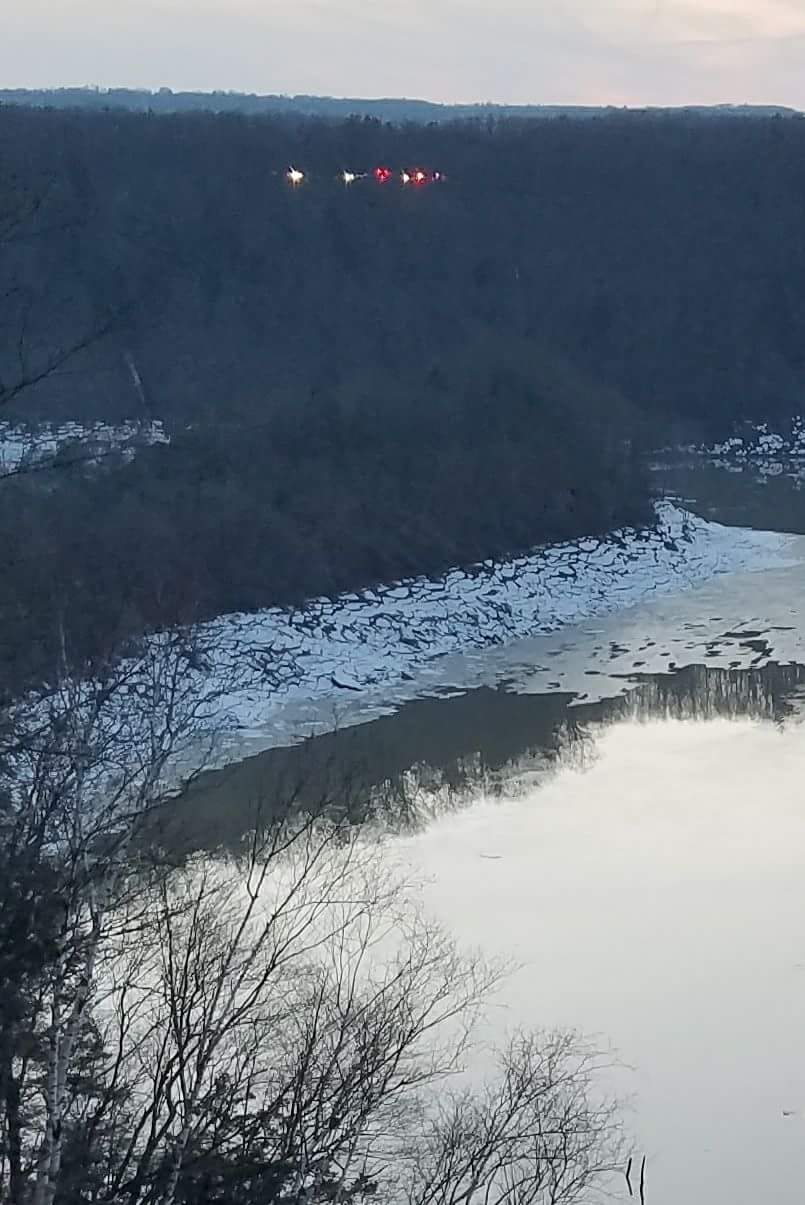 A view from across the Letchworth gorge where a Cheektowaga couple and their dogs were rescued Sunday night. (Photo courtesy of Bob Lonsberry WHAM News 1180)

Stephan had managed to get partway back up the gorge where rescuers were able to bring her to the top. But the dogs were about halfway down the 400-foot gorge.

A rope rescue team member was lowered into the gorge and brought Steve to the top, officials said.

Next, two rope rescue team members went into the gorge to get Jeff, a much larger dog.

"The second one ... let's just say he put our large harness to the test," Hy said.

Other than a cut Kassem suffered to his hand, no injuries were reported. Stephan said Steve was sore a day later and Jeff is OK. 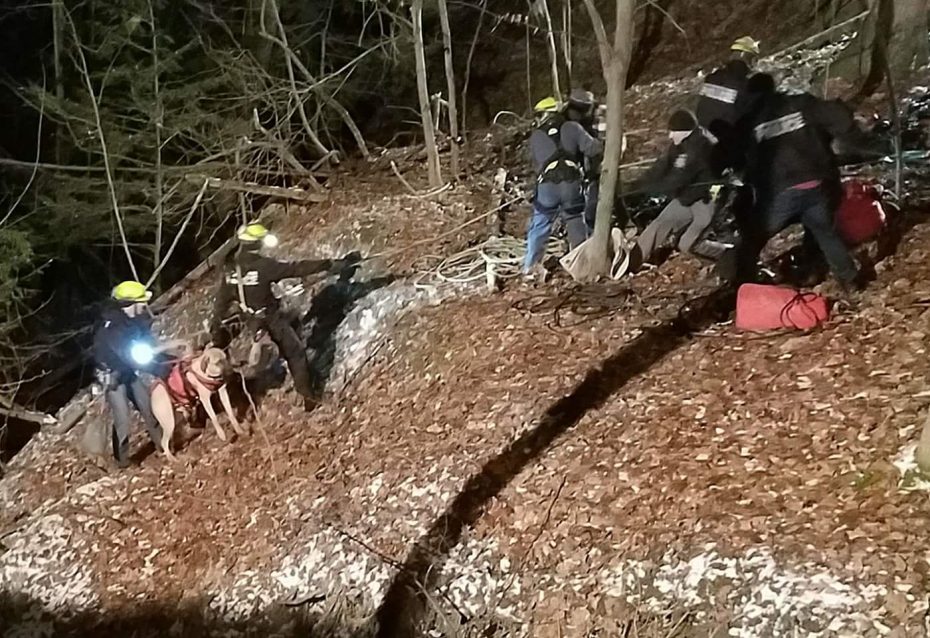