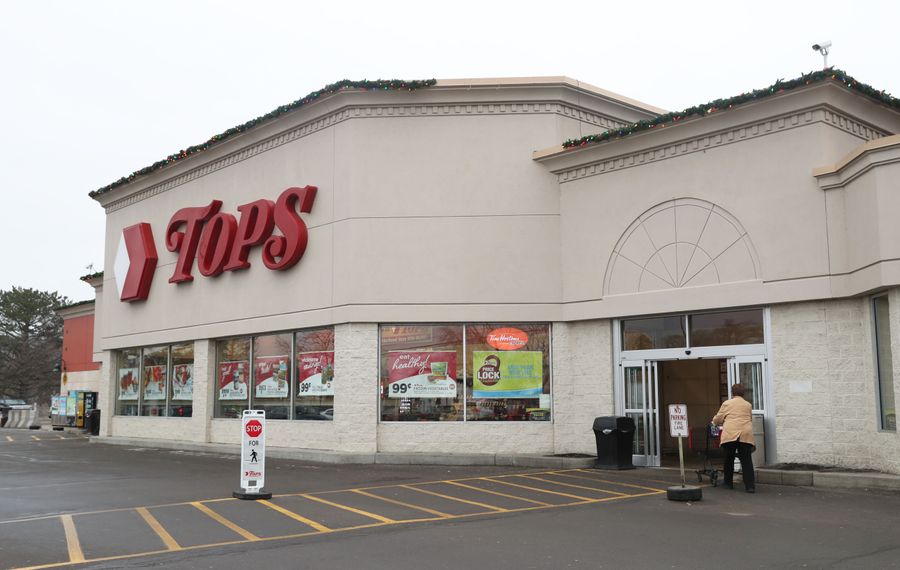 Here are some questions the report has raised among shoppers and employees, and how analysts and local business attorneys say the possibility of a bankruptcy filing could play out.

Is Tops definitely going to file for bankruptcy protection? No. Tops hasn't made a bankruptcy filing and has declined to comment on the Bloomberg News report, which cited unnamed sources.

It's entirely possible that Tops could restructure its debt with its creditors, who may recover more of their investment in a negotiated settlement than a bankruptcy. Bloomberg said Tops' heavy debt load and intense competition in the grocery industry are contributing factors to the possible filing. Tops has reported that it has more than $720 million in debt after going through two leveraged buyouts. The first was in 2007 when Morgan Stanley bought the company from Ahold. The second was four years ago when the Tops management team bought the company from Morgan Stanley.

Would a bankruptcy filing mean Tops is going out of business? No. A Chapter 11 bankruptcy filing doesn't mean a company is going out of business. The purpose of a Chapter 11 filing is to keep a company alive, allowing it to reorganize and emerge stronger than before. The process allows a company to restructure its debt so that debt load is lighter and its payments are more affordable. General Motors, Chrysler, Delta Airlines and United Airlines are among the companies that have gone through bankruptcy proceedings.

"Bankruptcy is meant to allow a company to stay in business and give it a fresh start," said Thomas Denny, an Amherst bankruptcy attorney.

How could shoppers be affected? Shoppers would not likely notice a difference early in the bankruptcy process, said Raymond Fink, a partner with Lippes, Mathias, Wexler, Friedman and co-chair of its bankruptcy practice group.

Stores would remain open with business as usual. Over time, however, if a grocery store that has filed for bankruptcy protection doesn't have enough operating capital and its vendors do not trust it to do business on credit, shoppers could see some items missing from shelves, or encounter inventory levels that are lower than usual.

Could my store close? With any bankruptcy proceeding, store closures are a possibility. Selling stores is a common way to raise cash to pay down debt. Tops has given no indication it plans to close stores. The company, which has more stores in Western New York than any other grocer, in recent years has been slowly expanding its network of stores, mostly across upstate New York.

Could Wegmans buy Tops? Nothing in Wegmans' previous history or business strategy suggests it would undertake such a large and drastic acquisition. Wegmans tends to open just two or three stores per year from scratch. While Tops owns a lot of stores in a lot of places (169 locations in New York State along with portions of Pennsylvania and Vermont), Wegmans tends to open few, large stores that draw from a much wider geographical radius.

Could someone else buy Tops? Sometimes in bankruptcy, the sale of the company is an option. Any company interested in buying Tops and its potentially restructured debt load, however, would have to be well established and financially very strong. A potential buyer would likely be an existing grocer in another state looking to enter the Western New York market and the rest of Tops' footprint, said Fink.

"Someone could look at this as an opportunity and say, 'We want to buy the whole enchilada,' " Fink said.

Could I lose my job? In any bankruptcy, labor costs get a close look, and it's not uncommon for a company to lay off some workers to trim operating expenses.

But labor cutbacks are cost-cutting measures that could be taken outside of bankruptcy court. In fact, filing for bankruptcy could help Tops avoid layoffs, by putting it in better financial shape to support its current workforce and store count, Denny said.

"Bankruptcy could save them from having to downsize," Denny said.

What could happen to union workers? The UFCW Local One, which represents about 12,000 unionized Tops workers, said Tops is paying all of its contractual obligations including health, pension and 401(k) contributions. The union said it has been consulting with financial and legal advisers, and will continue monitoring the situation.

"We have additional meetings set up this coming week to discuss more strategies to hit this situation head on," said Frank DeRiso, the union president, in a statement.

How will vendors be affected? There are federal protections for fresh fruit and vegetable vendors willing to provide grocers in bankruptcy with produce on credit. Other vendors may no longer accept credit and demand cash on delivery.

This could complicate matters for small local vendors, such as Heintz & Weber, the 96-year-old company that makes Weber's mustard. The company relies on two clients for 60 percent of its business, and Tops Markets is one of them.

What's the best scenario that can be expected if Tops declares bankruptcy? The best-case scenario would be for Tops to exit bankruptcy the same company it is today but with a lighter debt load. That scenario is entirely possible.