As 43North prepares for the fifth year of the business plan competition, a new leader is taking the helm.

Alex Gress will start as executive director in mid March. Gress said he is eager to build on what 43North has accomplished, both in helping its past prize winners develop and attracting a strong caliber of applicants.

Gress, 44, knows the Buffalo Niagara region well. He grew up in East Amherst and graduated from Canisius High School. He earned a CPA after graduating from Fordham University, and then held jobs with different banks in New York City and London, including CIBC and JPMorgan.

Gress took a different path with his career in 2008, launching J.E.N. Advisory, a private investment and advisory company, in Toronto. By 2013, he and his wife were ready to return with their three children — who are now 13, 10, and 6 years old — to the United States, specifically to Buffalo. Gress was hired at First Niagara Bank and joined KeyBank via its acquisition of First Niagara. He is wrapping up his time at Key, where he was most recently chief market risk officer.

Now he will oversee an organization, created by the Buffalo Billion, that will award $5 million in prize money later this year. A panel of judges will pick the winners.

More than 30 people from the East Coast applied for the 43North executive director's job, said William Maggio, who chaired the search committee. Gress' diverse business background, with experience at big banks and in the entrepreneurial world, made him a good choice, Maggio said. 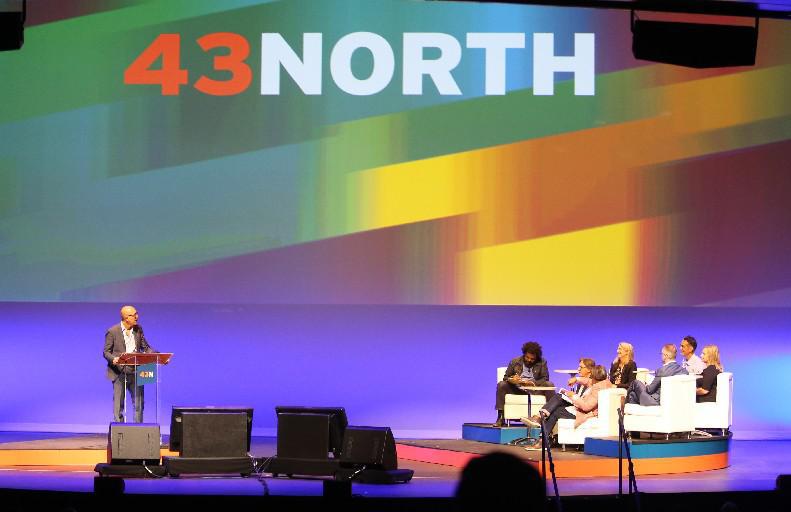 Gress' passion for Buffalo was also a point in his favor. "He came back to Buffalo at the beginning of that resurgence we've been having and wanted to be a part of it," Maggio said.

Gress talked about where he wants to take 43North and what he learned from his experiences elsewhere:

Q: What's your impression of the work 43North has done already?

A: They developed a strong team, built a good foundation, and now have just under 40 portfolio companies.

To me, what's appealing is, there is a strong base there where we can continue to build on its continued success, and more importantly continue that pivot that's put in place: Continue to focus on higher-quality companies that really have a strong correlation back to our employer base.

Part of the mission is to create something that's sustainable, something that the next generation of our kids can have and be a part of. I enjoyed the opportunity to go abroad. I certainly want my kids to have any opportunity to stay or to go. But creating more locally would be a fantastic outcome.

Q: How can 43North keep more of its prize winners here past their one-year commitment?

A: I think we have to continue the mission that 43North has put in place there. The third year class [of 2016], that entire class has stayed. Obviously the fourth year class has just come in and relocated.

I think continuing to build on what is in place: strong mentoring, that strong oversight and assisting the portfolio companies in their next stage of development, their next stage of commercialization. I think that's one of the perspectives I hopefully can help bring. As they go through the execution of their strategy, where is it that we can help enhance that strategy and continuing to assist in their commercialization? And I think we can do that successfully.

Q: What do you think of the past 43North prize winners?

A: I think the last two years, you've seen the team, under the leadership of a really solid board at 43North, continuing to focus on quality over quantity [of applicants]. And I think in the last two class years, you've seen companies that have stronger synergy with our local employer base. You've seen stronger programs around coaching and incubation for those portfolio companies.  The mission, as I look forward, is we're very much going to enhance what's been put in place there. 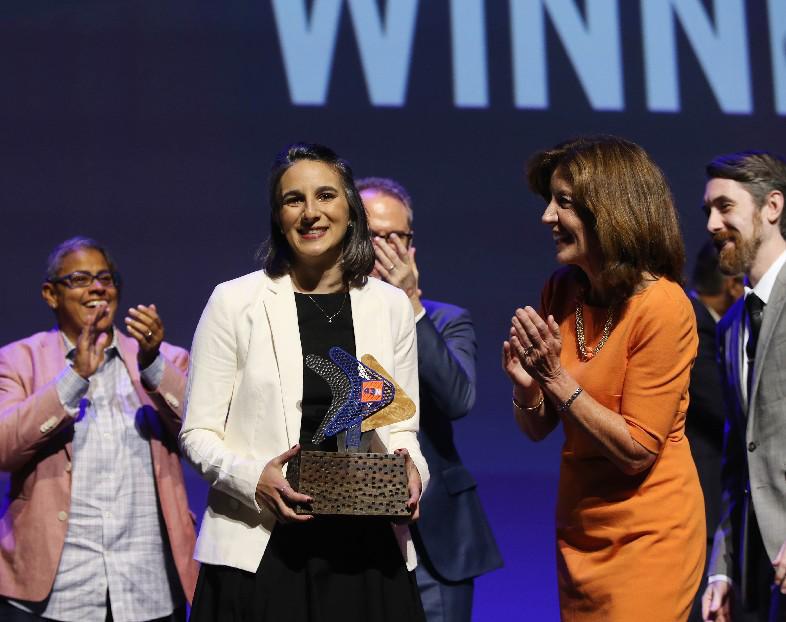 Q: How do you keep the competition fresh heading into the fifth year?

A: As people start to see pockets of success coming out of the portfolio companies, it's going to really maintain a really strong and fresh perspective on that next crop that we bring in.

I think as much as we look to the future, we're going to be continuing to focus, coach, mentor and build what we have in hand, also. It's very much twofold. I think if we marry those two really well, it's not only going to stay fresh, it's going to translate into real growth potential for our region.

Q: You've worked for some big banks, but what did you learn from starting your own investment and advisory company?

A: That was a shift from working in large institutions to really investing in, and operating, startup companies. … It was a fantastic experience. You definitely are standing on your own. As I look back on my history, it's marrying kind of the bigger, company-type experience with some of that start-up company, direct exposure that I had.