Another New York Fashion Week has come and gone, with no shortage of buzz surrounding it.

Carolina Herrera, who debuted her first collection in 1981,  stepped down as creative director after her show Feb. 12. She will become ambassador for the company; designer Wes Gordon is her successor. Yet the runways were busy as usual, with a good dose of quirkiness.

Forks served as jacket closures at Gypsy Sport. Neon animal prints shimmered at Tom Ford. And, for the guys, a sequinned image of Cher appeared on a pullover from Libertine.

A few of the trends:

Lots of women have animal prints in their closets. Pumps, perhaps, or a silk blouse or cardigan. But if you prefer to see something more on the wild side, consider what designers dreamed up for fall.

Tom Ford went all out with animal prints (some sequined) on leggings, collars and sleeves, and jackets with matching animal-print skinny pants in neon green or red. Another option: a black-and-white animal-print collar on a bright yellow coat at Carolina Herrera.

The bigger the better, in most cases. Often shown on dark backgrounds, florals in deep fall colors were a popular look on long dresses and separates. Even the floral prints on lighter backgrounds – such as the ones at Oscar de la Renta and Tory Burch – were done in autumnal hues.

At Anna Sui, a long floral coat in black, deep orange, coral and other hues was just one of the complex prints in the collection. Expect to stand out from the crowd.

From major-league hoops to dramatic danglers, big earrings were everywhere. Is it our imagination or are we seeing more short, sometimes pixie-style cuts on models photographed during Fashion Week? Short ’dos – as well as pulled-back hairstyles – certainly show off those statement earrings. 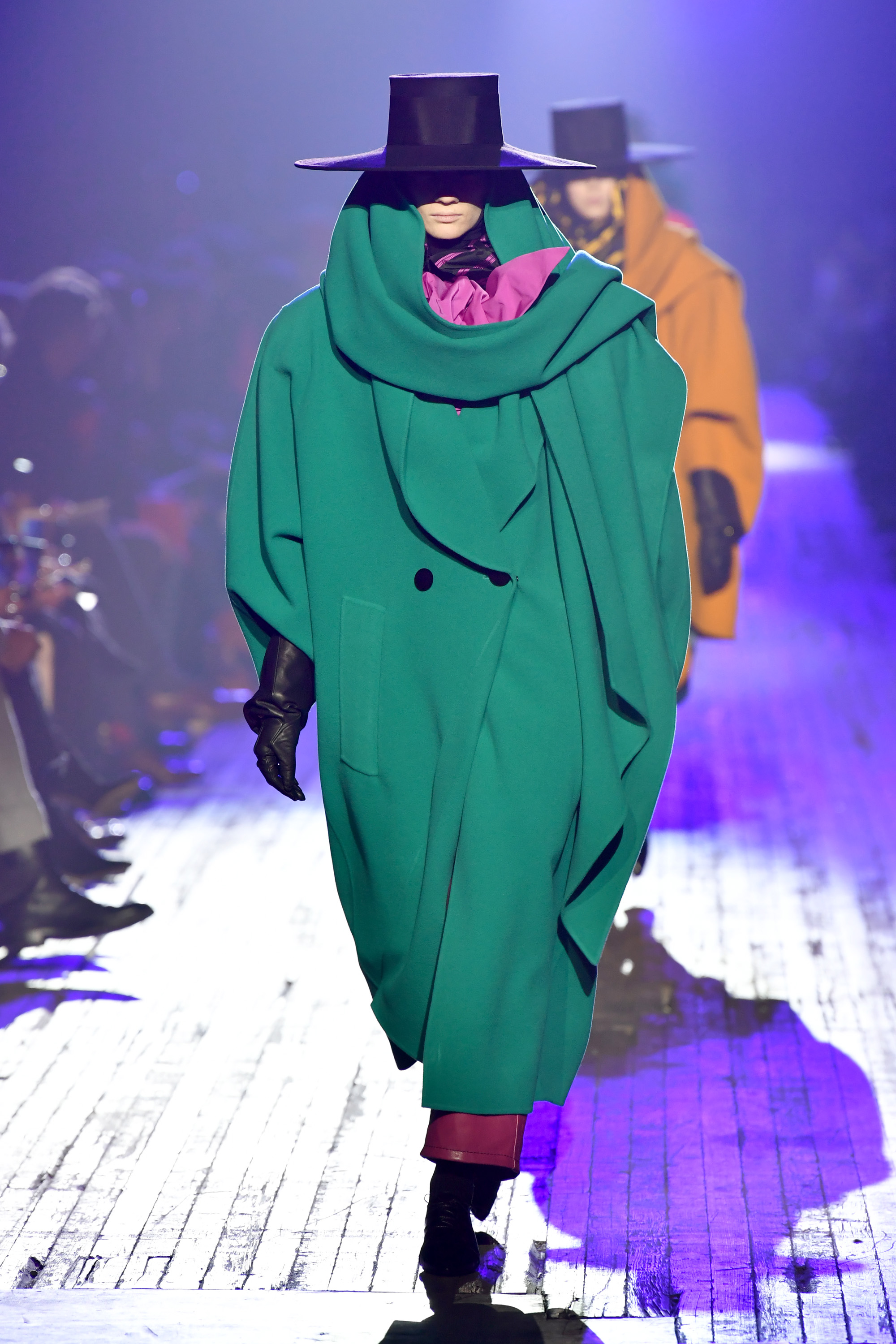 One expects to see red, cobalt and purple in fall collections. But recent days have seen other brights on the fashion runways in New York.

Bright yellow appeared in collections from Carolina Herrera, Brandon Maxwell and Bottega Veneta. Pink ensembles matched the carnations on display at Tory Burch. Orange was big at Calvin Klein and Tibi. And for his Bottega Veneta collection, Tomas Maier showed an orange suit for men – over an animal-print shirt.

It’s not unusual to see runway models practically swallowed up in long wool coats or exaggerated puffer styles. What stood out this time around? Long bathrobe-style coats.

One option: the ones from The Row (Mary-Kate and Ashley Olsen’s label) which were part of a collection described on Vogue.com as being “cut with a controlled yet generous hand and artfully constructed to drape and fall around the body.” Victoria Beckham and 3.1 Phillip Lim had beautiful coats, too.

But our award for the biggest coats in the Big Apple goes to Marc Jacobs. His coats were huge with big bold shoulders.