Attorneys for Kaleida Health and a former emergency room doctor scored a partial victory Friday in the case of an Amherst man who was declared dead when he was still alive.

After more than two hours of delay, Cleveland was transferred to Buffalo General Hospital, where he died the next morning. 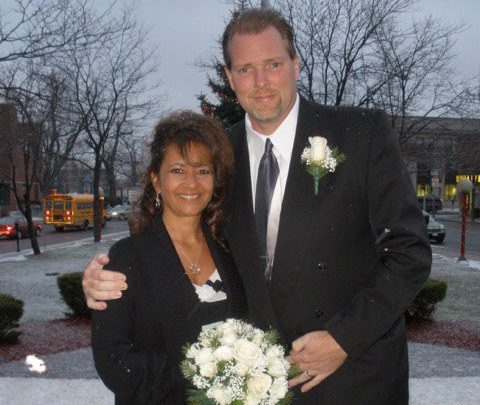 He threw out the widow's demand for punitive damages and her claim for intentional infliction of emotional distress, thus significantly reducing the potential financial liability the hospital and doctor will have to face.

Attorneys Brian Sutter, for Perry, and Mark D. Arcara, for Kaleida, sought to have the whole case thrown out, but Caruso wouldn't go that far.

The judge also granted requests by Sutter and Arcara for a temporary cease-and-desist order, preventing any of the attorneys or parties from talking to the media until March 15, when Caruso will hear arguments on a permanent gag order.

The judge said it was unfair that Tammy Cleveland and Burkwit could give interviews while the other side cannot.

"Under the law, they are barred from saying anything about this case because of HIPAA restrictions," Caruso said, referring to the federal Health Insurance Portability and Accountability Act. "Potential jurors are hearing one side and not the other."

He sought to portray the gag order as a favor to Mrs. Cleveland.

"If we cannot fairly pick a jury, this case is going to drag on for months, if not years," Caruso told her.

Michael Cleveland, 46, suffered a massive heart attack while he was shopping at the Tops Markets in the City of Tonawanda on the evening of Oct. 10, 2014. The ambulance brought him to DeGraff, the nearest hospital to the store, where Perry worked on him for about an hour and then pronounced him dead.

Mantione was called to make it official, but he saw Cleveland breathing with his eyes open. He testified that Tammy Cleveland, sitting by the bedside, told him, "He's been doing this for an hour."

Mantione testified that Perry told him Cleveland would stop moving as soon as the drugs he had been given wore off.

Sutter argued that the firefighter and emergency medical technicians testified that they saw no signs of life, and five emergency room staffers agreed with Perry after about an hour that nothing more could be done for Cleveland, and Mrs. Cleveland was told that.

"There was nothing willful or intentional when (Perry) told her he had passed," Sutter said.

Arcara argued that Cleveland had diabetes, heart disease and kidney problems. He said Dr. William Morris, who tried to save Cleveland's life at Buffalo General, believed Cleveland would have died even if he had been brought to that hospital immediately after the heart attack.

"The outcome for Mr. Cleveland would have been no different," Arcara said.

The lawsuit contends that Cleveland's life could have been saved if Perry and the DeGraff staff had acted more promptly to help him when they were told he wasn't dead.

"The only word to describe this situation is heartbreaking for everyone involved," Caruso said.