For a playoff team, the Buffalo Bills have a long list of needs.

General Manager Brandon Beane acknowledged as much last month at the Senior Bowl.

“We're a long way from where we need to be,” Beane said in Mobile, Ala. “This year was setting the culture and expectations of what we need to get done.  ... We have a lot of holes to fill. We know that. We're going to do our best to fill some of them in free agency, then fill more in the draft, then we'll see where we're at in May and we'll continue to build it.”

In less than a month, Beane will lead the Bills into free agency for the first time since he took over in May 2017. He talked about his general philosophy on the open market at the team’s season-ending press conference.

“I like your word: responsible spending. That is trying to plug holes where you can,” he said. “It’s kind of a moving puzzle because what happens is, you have your UFA’s right now, but those change. Teams re-sign guys.

“It’s kind of a moving piece, but until you get to free agency, sometimes you really don’t know the dollars. You price where you think these guys are going to be. Sometimes they price themselves out. Sometimes you go, ‘Wow, this guy’s a little cheaper than we thought, let’s try and hone in on him.’ We’ll have targets when the time is right. We’ve already started that process and we’ll try and fill as many holes as we can, which helps us in the draft.”

At the Senior Bowl, Beane equated it to the housing market.

“You're looking at comps,” he said. “This guy is similar to this guy. This is what he got paid, so to keep him we have to expect to pay in this range. Is there a better guy, a fit? But you've got to make sure when you get somebody from the outside that he's a culture fit, too. So those will all come into play with each free agent we have as well as with anyone we bring in.”

While a compelling case can be made for nearly any position on the roster, here is my list of the top 10 positional needs for the Bills heading into free agency, along with a sampling of the players scheduled to hit the open market a little less than a month from now:

Why it’s a low priority for the Bills: Jerry Hughes and Shaq Lawson are penciled in as the starters, and even though they did not have huge production in terms of sacks in 2017, it’s hard to see the Bills moving on from either of them. Cutting Hughes would leave the team without their best pass rusher, and create another $5.8 million in dead money. Lawson, meanwhile, has two years left on his rookie contract. It’s been speculated he could be traded, but the Bills would be selling low if they did that. Doing so would create another big hole in the lineup. Eddie Yarbrough and Ryan Davis were depth players who should be back again.

Why it’s a low priority for the Bills: Both starters from last year, Richie Incognito on the left and Vlad Ducasse on the right, are under contract for 2018. Additionally, former third-round draft pick John Miller may have a second life under new offensive coordinator Brian Daboll. With those three coming back, there isn’t a big need at the position. Obviously that would change if the Bills were to move on from any of them, particularly Incognito, who has made the Pro Bowl the last three seasons, but is 34 and is scheduled to count $7.575 million against the salary cap in the final year of his contract.

Why it’s a low priority for the Bills: Even with the pending retirement of Eric Wood, the Bills have a replacement ready in Ryan Groy. He showed at the end of the 2016 season he is a capable NFL starter. Others may view this position as a much bigger need than I do. 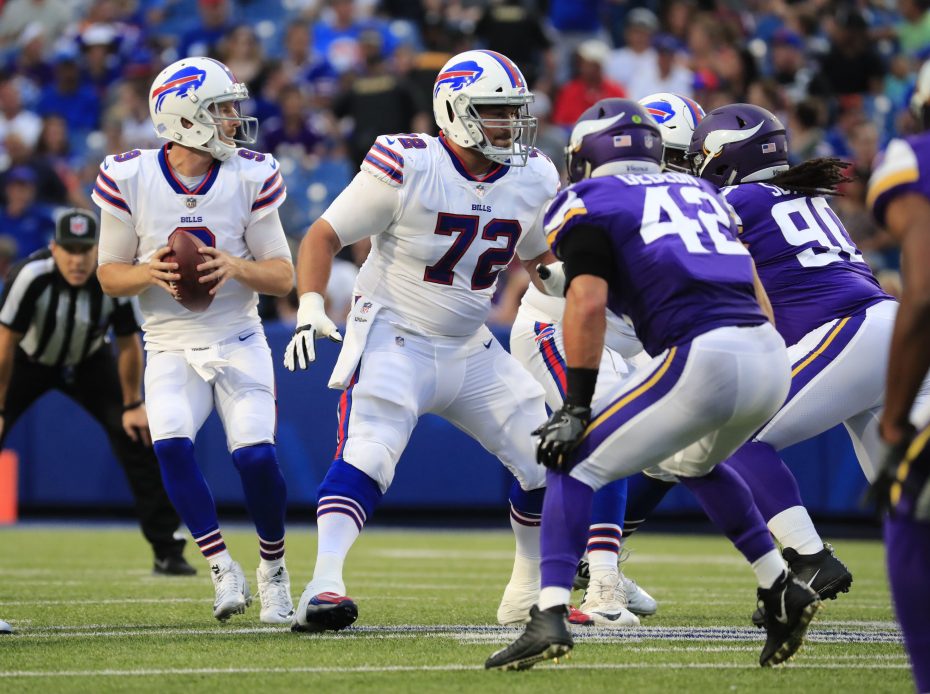 The presence of Ryan Groy means the Bills don't have to splurge in free agency to find a replacement for center Eric Wood. (Harry Scull Jr./Buffalo News)

Why it’s a medium priority for the Bills: With Jordan Poyer and Micah Hyde back in 2018, the team has one of the best safety duos in the NFL. The only two backups on the roster, Thomas and Anderson, are both scheduled to be free agents, though, so the Bills will need to address the position in some way. If it’s through free agency, expect the team to look for players who can contribute on special teams in addition to providing defensive depth.

Why it’s a medium priority for the Bills: Starter LeSean McCoy will be 30 next season, and even though he’s still got plenty of spring in his step, it would help the offense to have a reliable No. 2 running back. It might also prolong McCoy’s career, because he wouldn’t have to take as many carries. Tolbert filled that No. 2 role for most of 2017, but he became a villain for Bills fans because of his ineffectiveness. Cadet provided a decent spark before getting hurt.

Why it’s a medium priority for the Bills: Because the team’s No. 2, No. 3 and No. 4 cornerbacks – Gaines, Johnson and Wright – are scheduled to become free agents. If they are re-signed before reaching the open market, this becomes much less of a need. As it is, Gaines and Johnson in particular are two of the biggest decisions the Bills’ front office will face. The big question with Gaines is durability. He’s missed 26 games the last three seasons, including all of 2015. The good news is the market looks like it will be loaded with cornerbacks; there are at least another dozen who can be listed under the “depth options” above.

Why it's a top priority for the Bills: Buffalo’s wideouts were a massive disappointment in 2017 – none of them finished in the top 100 in the NFL in either catches or yards. Perhaps this is where Beane makes a splash in free agency. There is no denying the offense missed the explosiveness of Watkins after trading him to the Rams. A reunion is unlikely, but it would really be something. A vertical threat to go with Kelvin Benjamin and Zay Jones would help to round out the team’s receiver corps. 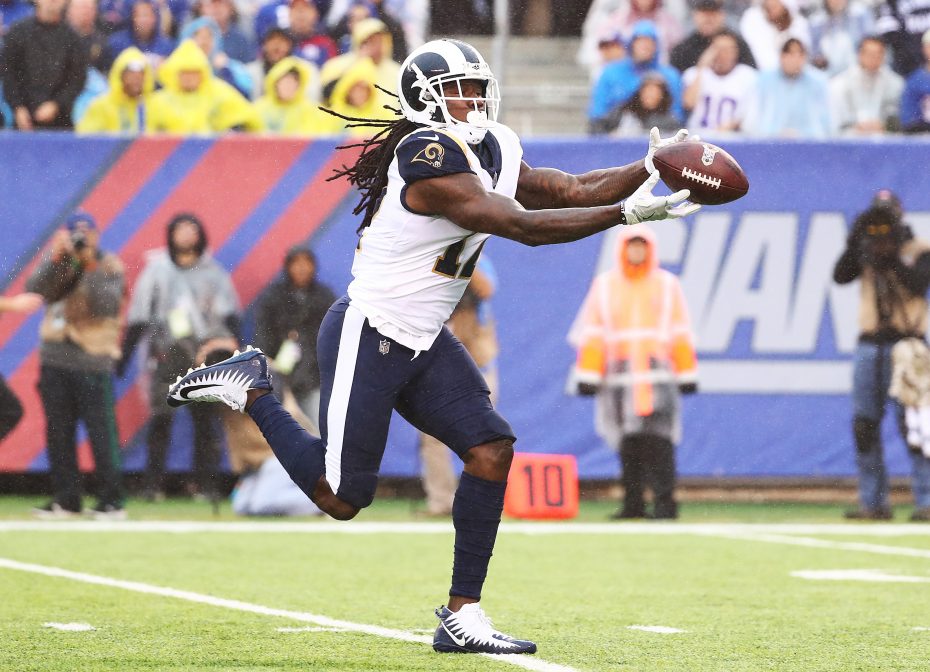 Why it’s a top priority for the Bills: Brown, the NFL’s leading tackler, is a free agent, leaving only Matt Milano as a projected returning starter in the team’s base 4-3 defense. Bills coach Sean McDermott values speed in his linebackers, and that’s something the team lacked in 2017. Even if Brown does come back, the group needs more athleticism.

Why it's a top priority for the Bills: There is no guarantee Williams comes back for a 13th season, and after trading away Marcell Dareus, the middle of the defense desperately needs someone who can both shore up the run defense and apply pressure on the quarterback. McDermott knows Lotulelei well given their time spent together in Carolina. He’ll come with a big price tag, but the Bills will have space to splurge on at least one free agent.

Why it’s the Bills’ top priority: Because it’s the most important position in sports. The expectation remains that the Bills will move on from Tyrod Taylor as their starter, either by releasing him or finding a trade partner. That would leave them with Nathan Peterman as the only quarterback under contract for 2018. Even if they pursue their long-term starter through the draft, there will be a need for a veteran mentor who can start if needed.