I’ve been a fan of T’Challa, the Black Panther, since I was around 10 years old. Growing up, there weren’t many Black superheroes for me to identify with. Indeed, most of the characters heavily marketed by the big comic companies were white and male. Even though T’Challa was African, rather than African-American, he still provided a powerful role model.

In T’Challa, I saw a strong, confident, competent man capable of holding his own against any other hero – or villain, for that matter. He was no one’s sidekick. He remains a strong image for a young Black child – particularly one growing up in a world that remains beset by racism.

Here are 10 things to know about Black Panther: the character, the film and its impact.

His legacy in comic books. He was the first Black superhero to appear in a mainstream American comic book (“Fantastic Four,” Vol. 1, Issue 52, July 1966). Prior to his appearance, most characters of color in comics were little more than racial stereotypes. Exceptions, however, included police detective Ace Harlem (“All-Negro Comics” #1, July 1947); World War II soldier Jackie Johnson (DC Comics:  “Our Army at War” #113, December 1961); World War II soldier Gabe Jones Marvel’s “Sgt. Fury and his Howling Commandos” #1 (May 1963); and Lobo, an Old West gunslinger who was the first African-American to headline his own series (Dell Comics’ “Lobo,” 1965).

The Black Panther on film. Played by Chadwick Boseman, the character first appeared on screen as part of the superhero ensemble in the 2016 film "Captain America: Civil War." T'Challa was still a prince, but started his road to becoming king after his father, T'Chaka, was killed. After "Black Panther," look for him next in "Avengers: Infinity War" opening May 4.

Who is the Black Panther? It's the ceremonial name given to the protector of Wakanda. Its origins date back millennia, when a meteor struck Earth, depositing an extraterrestrial ore called vibranium that can absorb vibrations, including kinetic energy. The natives worshiped that rock, making it the center of their culture. In time, they founded the Cult of the Panther, in homage to the area’s native predator, the black panther.

What is Wakanda?: This small, rich African nation has been more advanced than the rest of the world since at least the 5th century. However, the country, long isolated from the world, was reluctant to share its discoveries with others for fear that such technologies would be perverted by greed.

Does the Black Panther have a superpower? Think of an Olympic class-athletic: just faster, stronger, more agile. An expert tracker, T’Challa’s senses are stronger and he heals much faster. He also has a genius-intellect on par with Tony Stark (Iron Man). His uniform is made of vibranium mesh capable of absorbing and re-directing kinetic energy - 50 caliber bullets will hit and just fall away. (It's the same metal in Captain America's shield.) Plus, he's a cunning warrior: In his first comic book appearance, the Black Panther lured the Marvel Universe's first family, the Fantastic Four, into a trap - and defeated them. His most dangerous weapon? His mind: T’Challa holds Ph.D.s in physics, engineering, economics, political science and psychology. 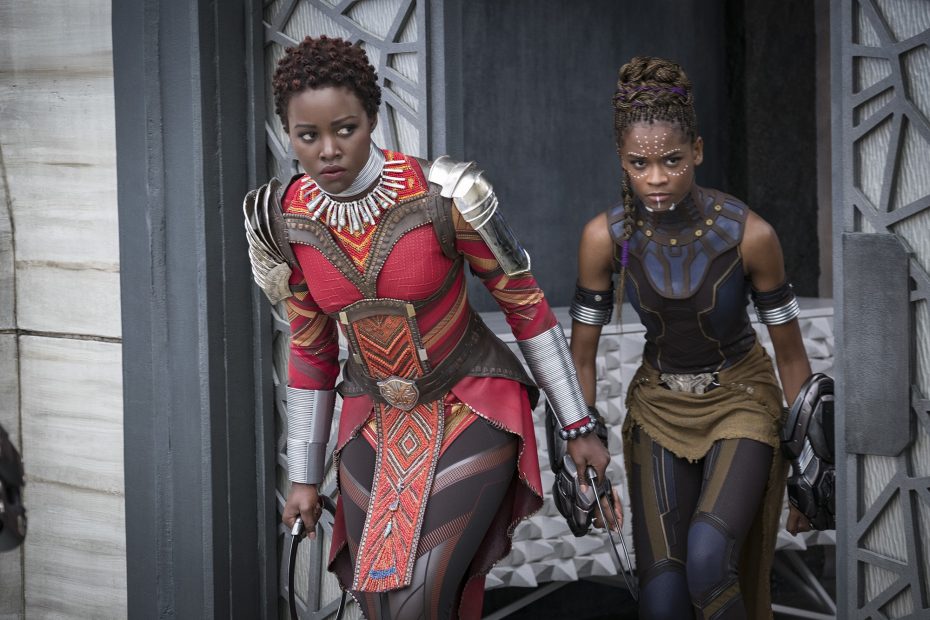 Who else to look for in the film: The Dora Milaje, the all-female squad of bodyguards and special forces operatives who protect the king. Not only are they tough, they're led by Oscar-winner Lupita Nyong'o (“12 Years A Slave,” “Star Wars: The Last Jedi”) and Danai Gurira (Michonne of AMC’s "The Walking Dead"). Letitia Wright is sure to delight as Shuri, T’Challa’s sister and chief technologist, who is smarter than Tony Stark (Iron Man).

The movie is a record breaker before its release. According to Fandango, as of Jan. 31, advance ticket sales for “Black Panther” surpassed any other superhero film in history. The company’s poll of likely viewers said that 97 percent are looking forward to a different kind of superhero movie; 95 percent look forward to the film’s positive messages; 93 percent said they couldn’t wait to see Chadwick Boseman in his own “Black Panther” movie; and 86 percent are excited to see the film’s all-female bodyguards/special forces unit, the Dora Milaje.

T’Challa was married to Storm. Yes, that Storm, Ororo Munroe, one of the leaders of the mutant peacekeeping force known as the X-Men. The marriage was later annulled after a conflict between the Avengers and the X-Men in which Wakanda was nearly destroyed.

Black Panther is the wealthiest super hero. In July 2015, Time magazine estimated the net worth of comic book heroes Stark, Bruce Wayne (Batman) and T’Challa. Wayne was valued at $9.2 billion and Wayne Enterprises at $31.3 billion; Stark, $12.4 billion, and Stark Enterprises, $20.3 billion. T’Challa’s net worth, however, was estimated at a whopping $90.7 trillion. At the time, Vibranium was valued at $10,000 per gram, and T’Challa had been selling some of it – “to the tune of about 400 ounces day” – for about ten years to build his nation’s financial reserves. 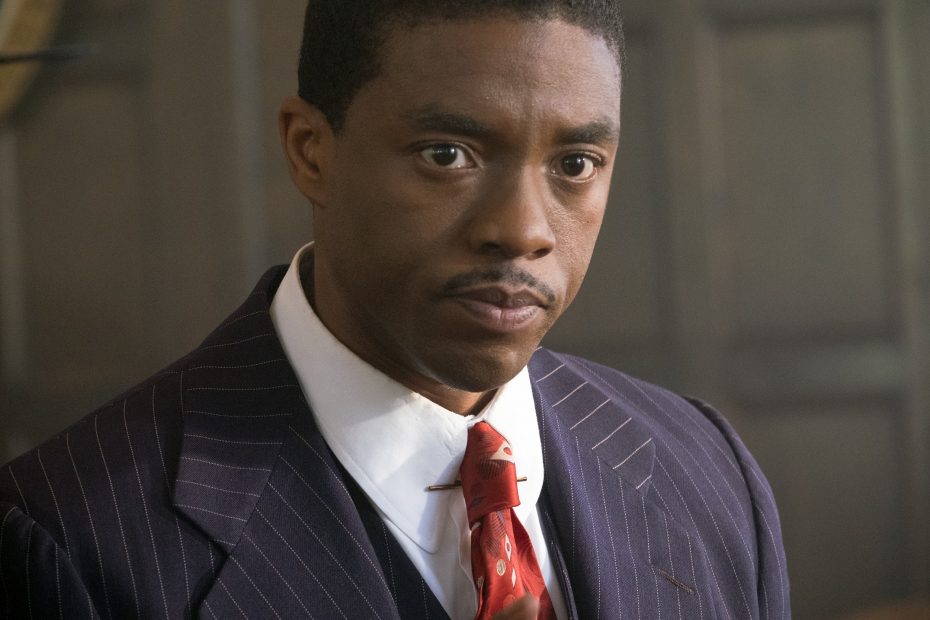 Chadwick Boseman stars in the title role of the Buffalo-made film "Marshall."

Buffalo fans have a special connection to “Black Panther.” Boseman, who plays T’Challa, was here for filming in 2016 for his starring role in “Marshall,” which centered on the life of NAACP lawyer Thurgood Marshall, who became the first Black U.S. Supreme Court justice. The film’s director, Reginald Hudlin, was president of Black Entertainment Television (BET) from 2005 to 2008, during which time he also wrote Marvel’s “Black Panther” comic.