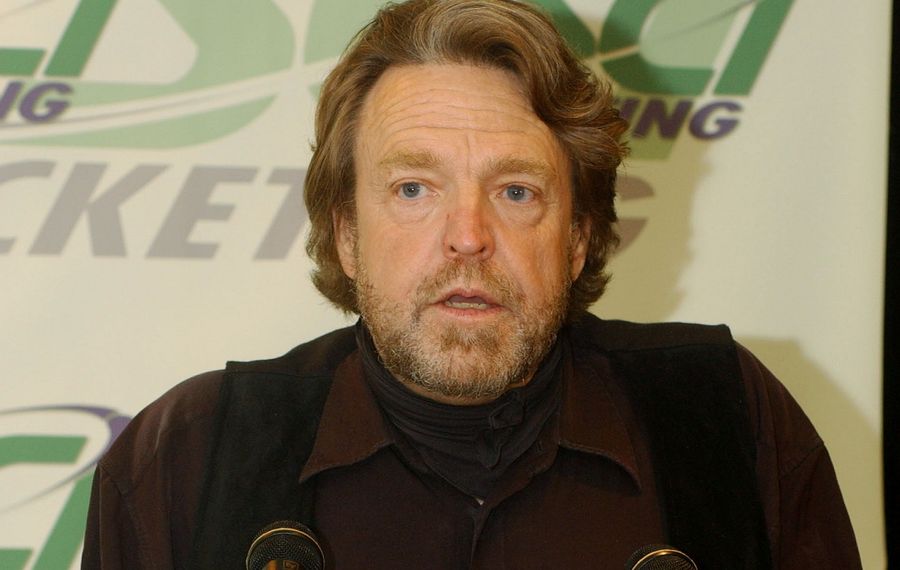 Buffalo is a Grateful Dead town. Off the top of my head, I can think of seven local bands that perform a Dead-exclusive repertoire several times a month, more often than not, to sizable crowds.

Haters find the existence of so many Buffalo Dead tribute bands – among them, Workingman's Dead, Scarlet Begonias, Sonic Garden, Soul Roach, the Grateful Dans, Dead Alliance Buffalo, and the Buffalo Dead All-Stars  - almost as offensive as they find the Grateful Dead. This stops no one who loves the band from continuing to do so. In Buffalo Dead-land,  there is no such thing as "enough."

When someone from the extended GD family dies, that death resonates around here. This was the case when  John Perry Barlow – lyricist, activist, rancher and founder of the Electronic Frontier Foundation – died at age 70 on Feb. 8. Barlow was never famous outside of Grateful Dead and internet activism circles. He wasn't even in the band or the Dead's primary lyricist (that title is held by the all-but-peerless poet Robert Hunter).

But you need only say the one word – Barlow – to any Dead fan, and they'll know who you are referring to and will likely launch into an exegesis regarding the man's talents vis a vis Hunter's, or something similar. Hunter was paired primarily with the Dead's Jerry Garcia, while Barlow buddied up with Bob Weir. The Garcia/Hunter partnership was more prolific, and is responsible for some of the most sublime songs in the Dead's abundant catalog. The Weir/Barlow compositions are, in most cases, equally profound.

Barlow is responsible for several masterpieces. One stands tall above the others, though, and that's "Cassidy," a song that belongs in any serious discussion of the greatest lyrics ever written. Buffalo Dead-lover Ann Marie Crittenden notes that the song deals with "living, dying, loss and love." It also references metempsychosis and the cycle of birth and death. There are in fact two Cassidys here – the first is Neal Cassady, legendary Merry Prankster, friend to the Dead, and the inspiration for Dean Moriarity in Jack Kerouac's era-defining novel "On the Road."

The second is Cassidy Law, daughter of Grateful Dead office manager and den mother Eileen Law. Cassady died in 1968; Cassidy was born in 1970. Barlow's pen, fired by his agile romantic imagination, connects them. "Quick beats in an icy heart/a catch-colt draws a coffin cart/There he goes and now here she starts/Hear her cry." In four lines, Barlow bids Cassady adieu and welcomes Cassidy to the world. And he renders the connection between the two spirits in language that smacks of profundity, but avoids melodrama. "Ah, child of countless trees/Ah, child of boundless seas/What you are, what you're meant to be/Speaks his name, though you were born to me/Born to me, Cassidy."

I can't hear this song without thinking of my son, and how our children, we hope, receive the life lessons and the spiritual essence of their forebears and carry them forward.

"I named my daughter after that song," Crittenden said. "In the end, we do the best we can to create the structure for our children to live. At some point, when they are ready to spread their wings, we have to let them go, knowing we will always be there if they fall, and we will marvel as we watch their life unfold 'by its own design,' as the song says."

" 'Cassidy' is one of my all-time favorite lyrics," said Kevin Kay of Sonic Garden, Dead Alliance Buffalo and Buffalo Dead All-Stars. "I love the poetry of the chorus and the message of the last few lines of the song."

"Faring thee well now, let your life proceed by its own design/Nothing to tell now, let the words be yours, I am done with mine.'"

A good man is gone. Raise your glass, bow your head, and turn the music up loud.