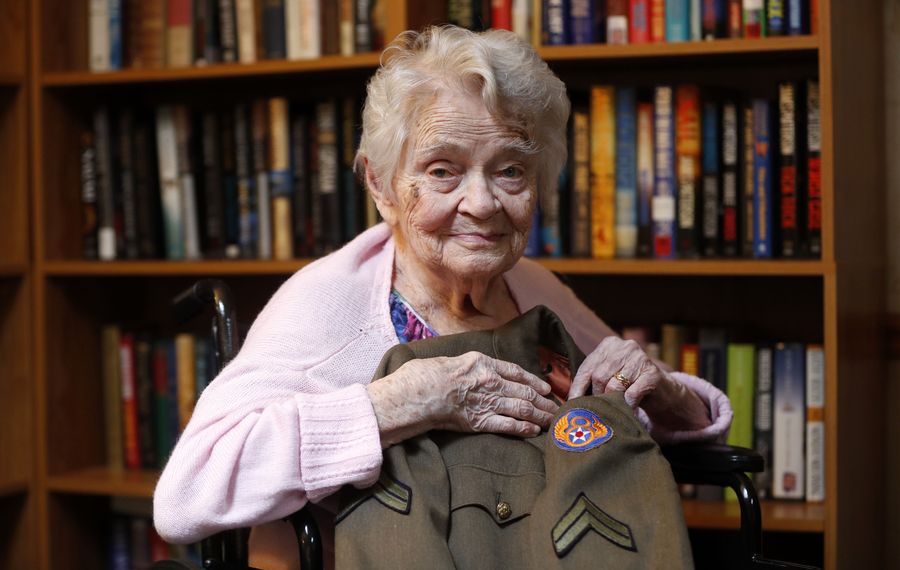 Henrica R. Kiernan surprised her parents when she was born.

They were so certain that their second child would be a boy that they had picked out the name Henry.

But when she was born on Sept. 4, 1921, her Polish immigrant parents who made their home in Sloan quickly changed the intended name to the feminine version – Henrica.

Twenty-one years later, Henry and Louise Chmielowski were thrilled when Henrica, one of four daughters, informed them that she was going off to serve in World War II.

"They loved it that I volunteered to serve," she said. "They wanted a soldier in the family."

A graduate of Sloan High School and Andrews Beauty School, Kiernan had been working as a beautician in Buffalo when she enlisted in the Army Air Force.

The 21-year-old went from cutting hair and giving manicures to tracking the locations of Allied fighter planes and bombers as they progressed in their missions in the skies over Europe.

She said she was given the opportunity to remain stateside and advance to sergeant, but wanted nothing to do with that.

"I was young and wanted the experience of going overseas," she said.

Kiernan, a corporal, ended up inside a castle in Norwich, England, working with eight to 12 women around a "plotting table" that was covered with a map.

"We wore headphones and observers out in the field radioed in the coordinates of our planes and we'd move these little stands that signified the planes on the plotting tables. Above us was a balcony where all the officers watched as we plotted the progress," she explained.

The officers, in turn, relayed the information to headquarters.

When observers spotted enemy planes, Kiernan said, the information was also used to not only plot their direction but try and intercept them.

"When our planes shot them down, there would be stories in the local newspapers," she said.

Having a hand in helping thwart attacks by enemy planes, she said, provided her and her female colleagues with the knowledge that their work was crucial.

"As women, we had to prove ourselves. We loved being part of the mission. We were fighting for our country," Kiernan said.

She also recalled spotting enemy bombers in the skies above Norwich.

"It was at night. You could look up and see them. There were big groups of them in formation. It didn't bother us at all. We were in northern England and they were headed south towards London."

And though she had gone to the European Theater to help conquer the Nazis, love won her heart. She met Army Air Force Sgt. James D. Kiernan, a native of Massachusetts, in a carpenter's shop where she had ordered a foot locker. 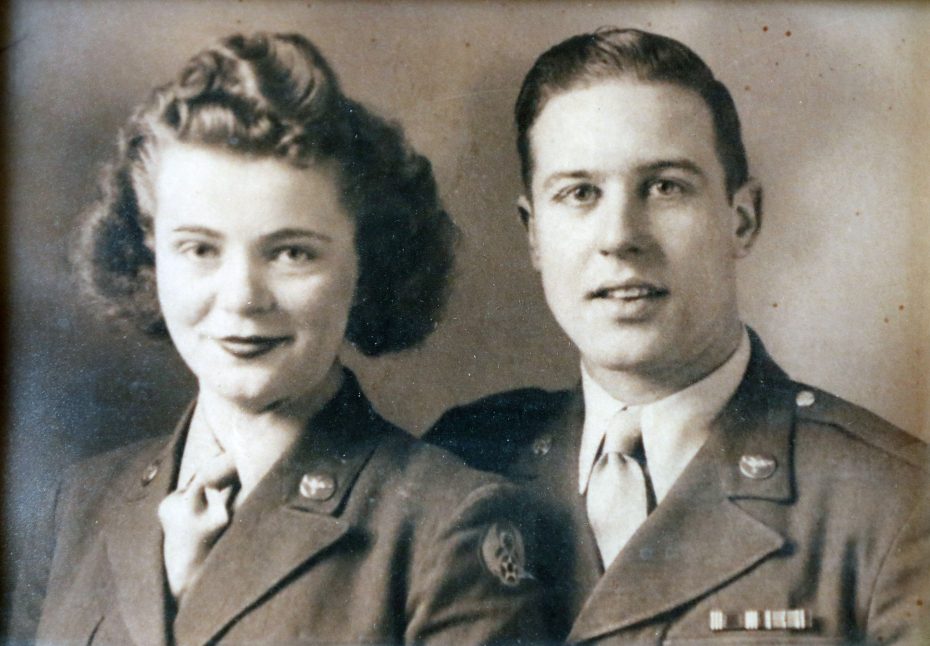 He had quipped that war was no place for women. That did not prove very romantic, but her opinion of him improved dramatically when she spotted him at Sunday Mass in early 1944. They were soon an item and in a letter dated Aug. 31, 1944, she wrote her cousin, Steve Miel, of Buffalo to inform him of the wonderful news: " ... guess what, no you'll never guess ... I'm in love. Golly, is it ever wonderful."

They were so in love they could not wait for the war to end and so they married on April 2, 1945, in St. John the Baptist Catholic Cathedral in Norwich. Months later, she became pregnant and returned home on a hospital ship. Her husband joined her in October 1945 and their first child was born in April 1946.

After a brief time in Boston, the Kiernans settled in South Buffalo and had nine additional children.

With so many mouths to feed, James Kiernan worked two jobs, one in the press room at The Buffalo News, eventually advancing to the newspaper's assistant production manager, and as a brakeman for the South Buffalo Railway.

The patriotism of Henrica and James was passed on to their children and grandchildren.

Henrica Kiernan says she remains proud of her service, and believes that every young person should serve.

"It's the discipline of it. Every boy and girl should have to serve for one year. Discipline is great. I've always said that."