By the time then-Niagara Falls Police Officer Ryan G. Warme was accused of twice sexually assaulting a 19-year-old woman in 2007, he already had allegedly assaulted two other women. Two more were attacked later in the year.

Warme also was buying crack cocaine from local drug dealers and reselling it, according to court papers, and even tipped off a drug dealer to a scheduled police raid.

The woman who was attacked twice reported the first assault to Falls police, according to a lawsuit she filed. No charges resulted at the time, with the woman merely being promised Warme wouldn't handle any more calls in her apartment building.

That promise wasn't kept, according to her lawsuit, giving Warme a chance to assault the woman again in September 2007.

Her attorneys, Robert Viola and Michael Skoney, said Thursday that track record made it possible to persuade the city to settle the lawsuit for $500,000. The City Council will approve the deal Wednesday, Chairman Andrew P. Touma said.

'Dark side' of cop nets 13 years in prison: No excuses by Warme for a life gone wrong

"We have a great police force, but unfortunately in this case, a police officer broke the law and it was determined that the victim should be compensated," Touma said.

In December 2010, Warme was sentenced to 13 years and nine months in prison for violating another woman's civil rights by groping her during a traffic stop, and for dealing drugs while on duty. Warme, now 36, is in a federal facility in Seagoland, Texas. 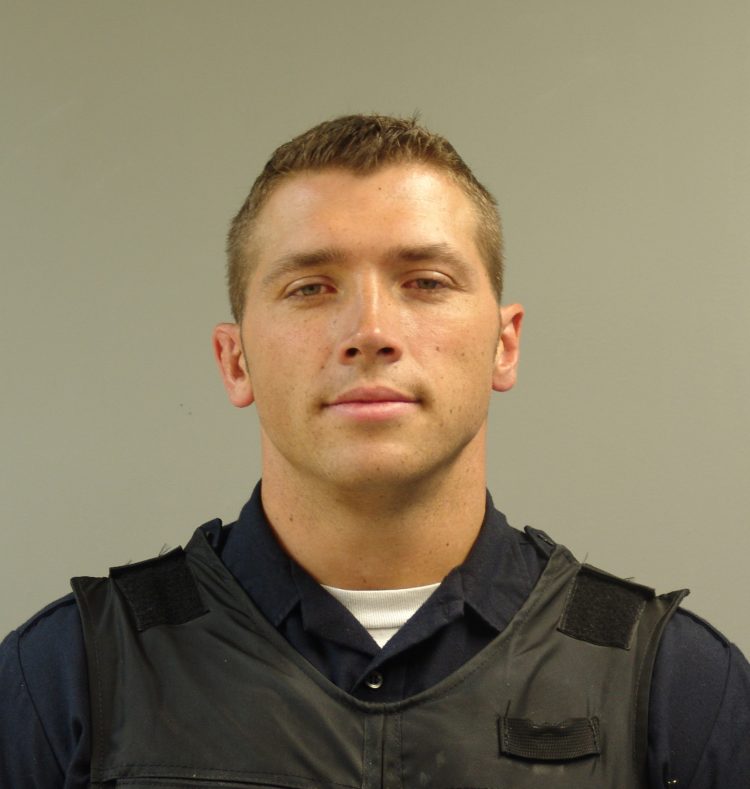 It was the climax of a lengthy federal investigation into Warme, who, according to the indictment, drove his marked patrol car to a Niagara Falls drug dealer's apartment at least five times to buy cocaine for resale.

The indictment also accused Warme of violating the civil rights of four women, including the one who now has agreed to a settlement after suing the city. Warme allegedly raped a woman in October 2006, according to the indictment; groped another woman through her clothes after ordering her out of her car during a traffic stop in July 2007; and had sex with a prostitute while on duty in October 2007.

The fourth woman named in the indictment is the plaintiff who has now reached a settlement with the city. She had a sexual relationship with Warme in 2006, which the woman broke off, according to court papers.

Skoney said the settlement resulted in part from "the fact that there had been other individuals sexually assaulted, and at least two of them before our plaintiff's incident."

She was 19 years old in early 2007, when she said Warme sexually assaulted her in the apartment she had at Packard Court, a Niagara Falls public housing complex.

The woman said in her lawsuit that Warme threatened to take her to the Tuscarora Indian Reservation and kill her if she told anyone about the incident. But she did report the matter to the Police Department, and, according to the lawsuit, met on Feb. 12, 2007, with officers who promised Warme would not be sent to any more calls at her housing complex.

Despite that promise, according to her lawsuit, Warme returned to her apartment while he was on duty in September 2007 and sexually assaulted her. The federal criminal complaint says Warme was sent to the Packard Court apartment that day because the woman had called police seeking to file a harassment charge against her new boyfriend.

Warme settled the criminal case in April 2010 by pleading guilty to the July 2007 groping incident at the traffic stop and to buying cocaine from two different dealers.

Warme's sentence was reduced to 12 years in June 2016, after federal sentencing guidelines were altered and the changes were made retroactive.

According to the U.S. Bureau of Prisons website, Warme is scheduled for release May 17, 2019.