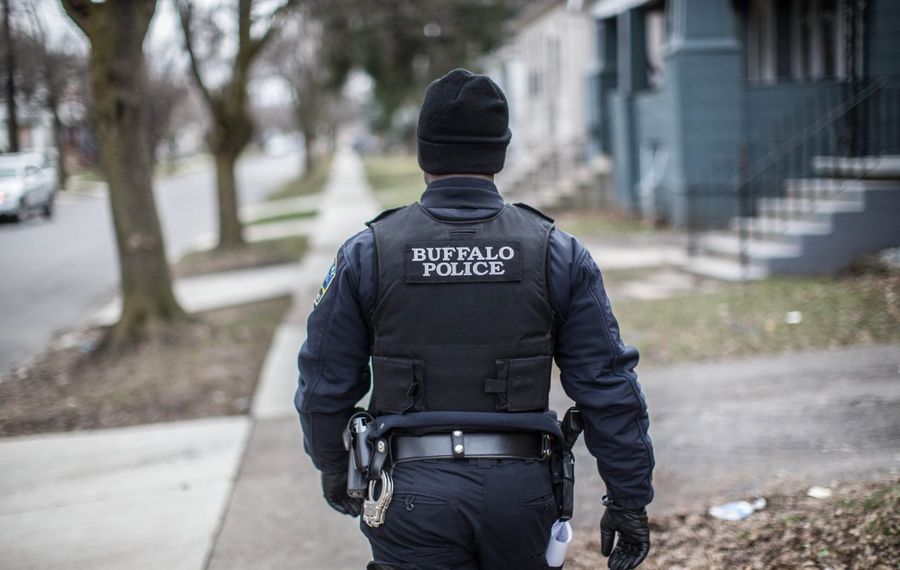 The development was first reported by WKBW-TV.

"As warmer weather approaches the commissioner will reevaluate the need for specialized units or squads. He always has the ability to create squads as needed," Rinaldo said.

Following a complaint filed by Black Lives Matter Buffalo that alleges that the use of traffic checkpoints and enforcement sweeps in public housing violated the constitutional rights of citizens, state Attorney General Eric T. Schneiderman's office opened an investigation into the Buffalo police practices.

A study by Cornell University and the University at Buffalo Law School into the use of checkpoints and housing unit sweeps found that Strike Force checkpoints led to huge surges in traffic tickets.

Lockwood wants to change that.

"It's going to be all officers," Lockwood said. "Every officer is going to be a community police officer. Even though they will still be answering calls and doing their job, that's what I'm going to be pushing for. For all officers to be more involved in the community."

Lockwood didn't offer any specific initiatives but said he expects district chiefs to be "more involved in the community," and that he himself will interact directly with the public.

The additional officers in the traffic unit will help cut down on overtime costs and will allow the unit to start a commercial vehicle unit within it as well, Rinaldo said.

The officers in Strike Force will begin their new assignments March 12.

The news was warmly received by community activists who have criticized Strike Force which they said was overly aggressive.

"It's a very positive step in the right direction. It lets us know this man hears us," said Brenda Miller-Herndon, of the Police Accountability Coalition, of the new interim commissioner. "As far as the mayor, it's good he hears us too."

Mayor Byron W. Brown did not directly respond to the changes in the department.

"Mayor Brown remains focused on traffic safety in the city especially in neighborhoods and side streets where residents have expressed concerns about issues from motorists running stop signs to speeding. The mayor has recently announced initiatives such as additional speed reading signs and speed humps to help ensure safer neighborhoods and communities," the statement from Brown, issued through a spokesman, said.