There have been too many calls, too many moments, for Abigail Molik to provide an easy answer. Asked to share an especially powerful example of an addict whose life she helped to save, she paused to try and sort through all the choices.

She has been involved in dozens of those situations. Almost every one involved a silent man or woman, on the brink of death. Once treated, their eyes snapped open. Often, they gasped for breath, or looked around in shock.

Those are the ones who made it.

Once, twice, three times can feel a little like a miracle.

Hundreds of times equal an epidemic.

Molik, a paramedic, thought about the question. Maybe, she said, it was a guy that she and her colleagues brought back twice. "Same gentleman," she said, "the same bus shelter. You know what it is when you're going there."

Twice, he overdosed on opioids. Twice, when Molik arrived with her partner on an American Medical Response ambulance from Buffalo, city firefighters were already working on the man. His breathing had dwindled to almost nothing, "to very slow respirations." 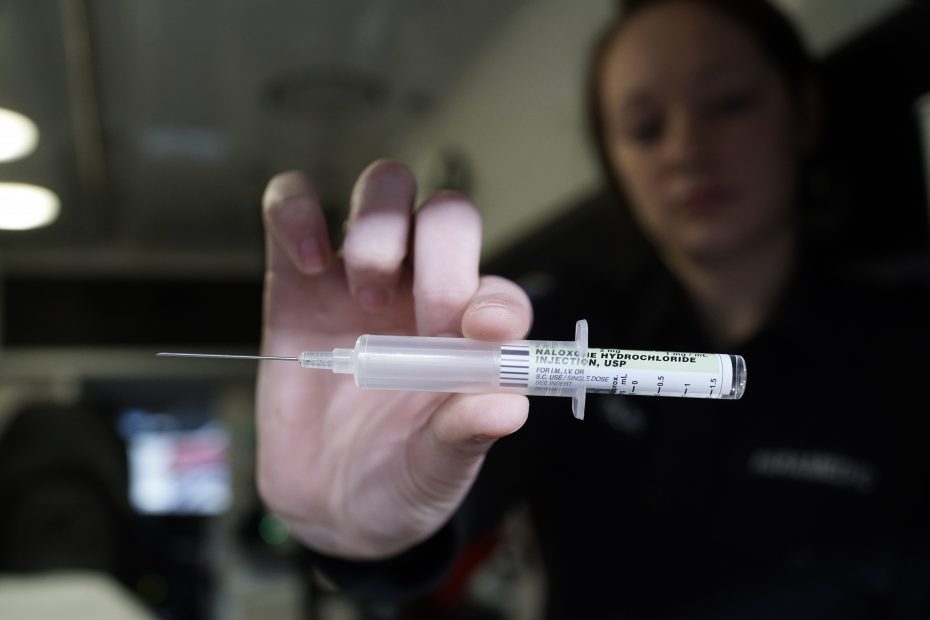 The scene was familiar, an addict sprawled on the ground, a used syringe lying not far away. Molik and her colleagues did what they always do. They covered their skin as best they can, because some of the opioids used on the street today that supplement or replace heroin – notably fentanyl or even carfentanil, an elephant tranquilizer – can be dangerous  if they get onto your skin.

Molik reached for a small container that looks like a box of cold medicine, a box containing naloxone, an antidote for an opioid overdose better known by its brand name, Narcan.

While the drug can be injected, Molik said she treated the man by using Narcan as a nasal spray. His eyes opened. He sat up in a rush. He looked around at the medical technicians, at the firefighters.

Sometimes, confused and frightened, awakened addicts will start fighting and lashing out. Sometimes they are angry, Molik said, because even though the Narcan saved them, it also diminished their high.

This man was swept up by regret.

"He was kind," Molik said. "He told me to never make the mistake he did."

In that moment, at least, she believes he was sincere.

Those moments are her way of keeping faith.

Molik, 22, works for Tom Maxian, regional director of AMR. He said her perspective, her beyond-her-years demeanor, is indicative of many young first responders that he oversees.

AMR employs about 120 paramedics and 380 EMTs in Buffalo, Maxian said. In 2017, they responded to 1,537 overdose calls involving opioids, meaning they averaged about four calls a day when AMR providers administered Narcan. Yet Maxian said that number, substantial as it is, does not reflect the full nature of the crisis.

He said it does not include the thousands of instances in which AMR crews were called to an overdose, and Narcan was administered by firefighters, or bystanders, or even by another addict – because users, anticipating the worst, sometimes carry Narcan themselves. 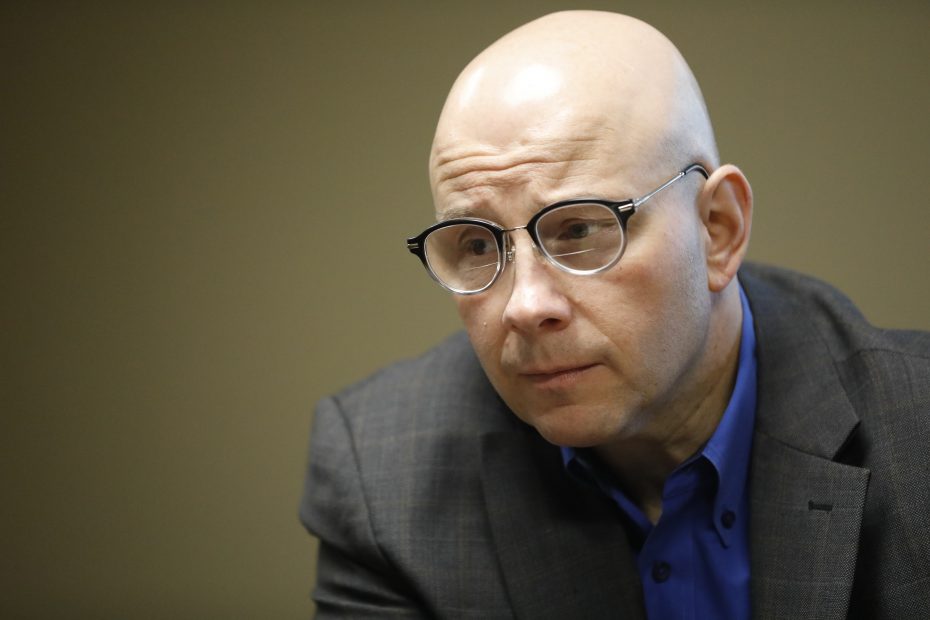 Often, the AMR crews will save addicts they've seen before, addicts who also survive a second overdose.

It is an epidemic with no boundaries. When Molik and her partner receive a call to respond to an unconscious victim in a restroom at a fast food restaurant, they're pretty confident, beforehand, of what it is.

Molik said they often revive addicts in city neighborhoods of profound need, of great poverty. But they also get plenty of calls far beyond the city boundaries, people unconscious in lush bedrooms in the mansions of the wealthy.

She became an EMT five years ago, then enlisted in the U.S. Army Reserves before she was hired in 2014 by AMR. Now a paramedic, she recalls a certain vision shaped in childhood, the idea of "glory calls" she'd seen in television or the movies, the notion that she'd help in the dramatic rescue of accident victims, or everyday people felled by strokes or heart attacks.

But Molik and her colleagues are spending more and more of their time, amid a national crisis, bringing back addicts from the edge of death.

Maxian and Molik said too many Americans, for too long, were casually prescribed legal opioids. Those medications grew into a need, and a need became a lethal epidemic.

Once, Molik said, she gave Narcan to an elderly woman, who'd taken too many pills. She gave it to a 55-year-old father and his 30-year-old son, who both overdosed in a car while on their break from work. Thanks to the drug, they revived, instead of dying side by side.

Molik particularly recalls providing Narcan to an 18-year-old girl, a teenage addict who woke up terrified, unsure of where she was.

"She seemed very innocent and very scared," said Molik, who wants to believe the terror of the moment will somehow help that girl to "get clean."

But Molik sometimes sees the names of victims she once helped, in the obituaries.

It would seem easy to grow cynical. Molik doesn't.

She grew up in Strykersville, in Wyoming County. She went to Pioneer High School. Eight years ago, one of her closest high school friends committed suicide. No one saw it coming. "I'd just talked to her," Molik said. "I had no inkling whatsoever." 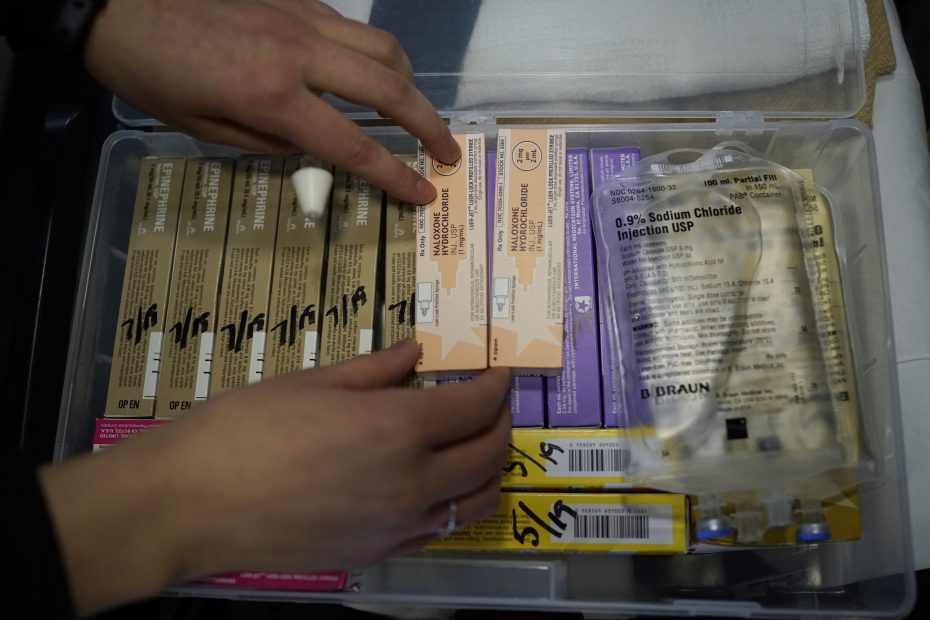 Abigal Smolik with a packet of Narcan, now a necessity on any call. (Derek Gee/The Buffalo News)

Sean Kirst: An artist, the pain of a son lost to heroin

Her only way of pushing that energy forward is through the work she does today. There is no doubt, she said, that her urge to offer service – both with the reserves, and as a paramedic – is fueled by the memory of her friend, by the goal of being in a place where she can help.

So she refuses to give up on any users. Every addict, she said, "is someone's child, someone's brother or sister." She knows an opioid addiction must be powerful beyond words. She has seen what it does to people, how it drives them to a place where they put the need above everything they love.

She has saved people from the brink of death itself, then watched them – within weeks – return to that place again.

Anger and disgust solve nothing, she said. That reaction only interferes with her work.

"Our goal should be to get them off heroin," she said, "and they have to find some way, within themselves, to want to do it."

Amid a flood of users, her equation is as simple as it gets.

The one time she surrenders hope is when they're dead.