Sara Bareilles is halfway between happy and exhausted.

In a phone interview from New York City, where she recently returned to lead role in the Broadway hit "Waitress," the California-bred composer, lyricist and pop artist bluntly described what it was like to be back performing her own music and lyrics eight times a week.

"I feel like I've been hit by a Mack truck today," Bareilles said of the show, which opens Feb. 6 in Shea's Performing Arts Center with Desi Oakley in the lead role. "But there's so much wonderful energy and love and spirit in the building, so it feels like getting to go back to the clubhouse a little bit."

The clubhouse in question, where Bareilles performs nightly alongside Jason Mraz, is an unlikely place, even for Broadway.

In fact, pretty much everything about "Waitress," which is now in its second year on Broadway, is unlikely.

Instead of resorting to a big-screen blockbuster for material, "Waitress" found its inspiration in Adrienne Shelly's quiet 2007 film about a lower-case love affair in a small Southern town. The story, which concerns a down-on-her-luck pie baker who falls in love with her gynecologist, also has its quirks. 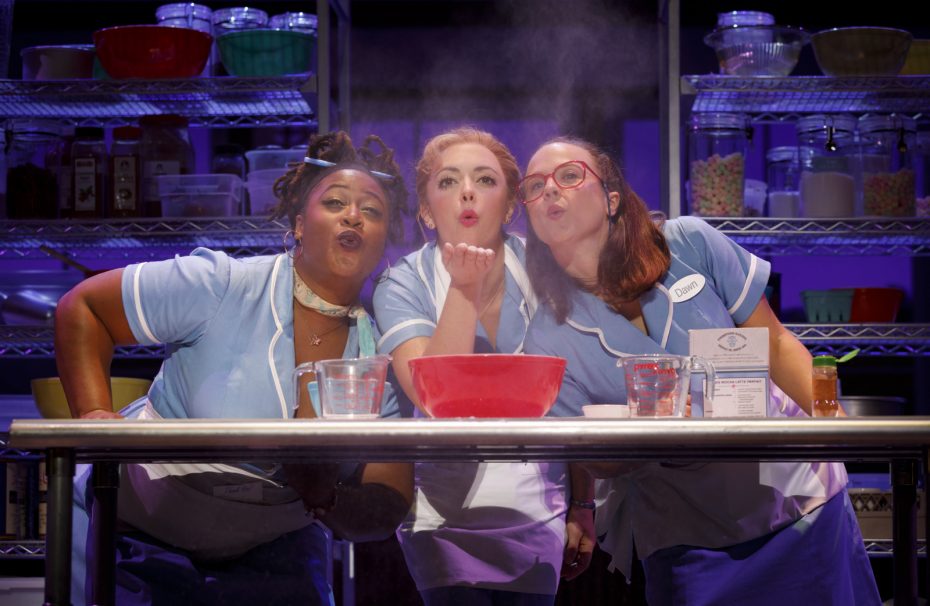 Charity Angel Dawson, left, appears along with Desi Oakley and Lenne Klingaman in the touring version of "Waitress."

But the creative team is perhaps the unlikeliest thing of all. In a field dominated by men, "Waitress" achieved Broadway glory on the strength of Shelly's vision, Bareilles' country-inflected score and clever lyrics and director Diane Paulus' ability to tune audiences' heartstrings to precisely the right pitch. With a book by Jessie Nelson and choreography by Lorin Latarro, "Waitress" is the first major Broadway musical to have an all-female creative team.

For Bareilles, who achieved pop stardom in 2007 with her hit "Love Song" and her subsequent records "Kaleidoscope Heart" and "The Blessed Unrest," the project came around at exactly the right time.

"The cycle for a pop artist can be very monotonous: You go on tour, you promote the record, you come home, you take a little break, you start writing, you go in the studio, you go back on tour and promote the record," Bareilles said. "I tend to get a little antsy and cagey when things start to look too much the same, so I was really craving an artistic experience that was outside the box a little bit."

That's just what happened in 2013, after Paulus took charge of the show, which had been under development by a different creative team for years. Despite the fact that she had never written for the theater, Bareilles was Paulus' first pick for composer-lyricist. And she said yes on a whim.

"Over the course of a year of working on this, I absolutely fell head over heels in love with it and the magic of musical theater," she said, "simply because of the fact that it's so difficult to create a show and have it come to life and actually work. It just feels like impossible."

The difficulty of the task, which Bareilles has said was the most challenging project of her career so far, is reflected in many of the lyrics she wrote for Jenna, the main character: 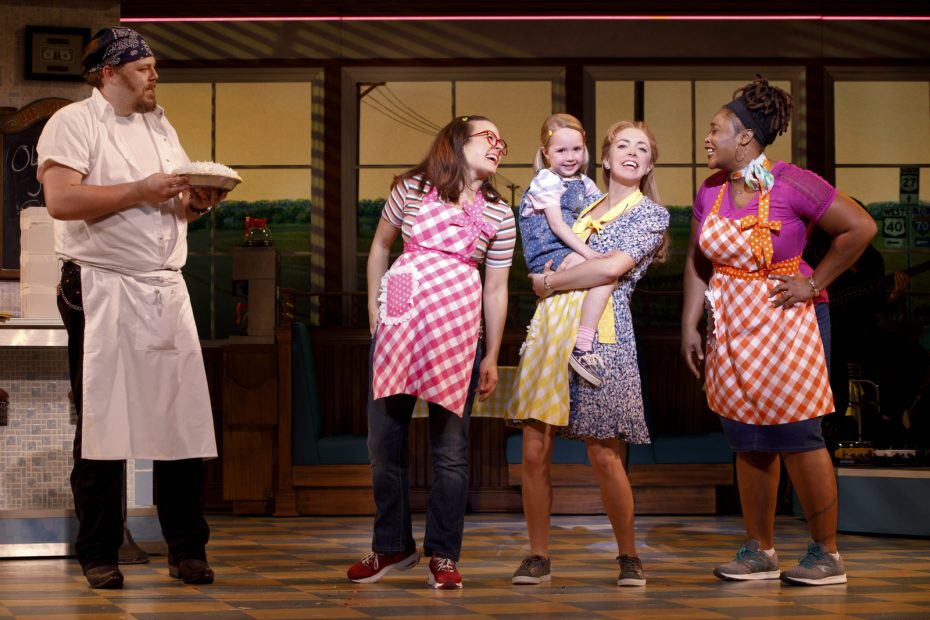 "Make it work. Make it easy. Make it clever, crafted into pieces," Jenna sings in the scene-setting tune "What Baking Can Do." "Make it sweet, crimp the edges, or make it sour and served with lemon wedges... When it's done, I can smile. It's on someone else's plate for a while."

Bareilles' score fuses her gift for conjuring a sense of optimism through major-key melodies, a highly polished country twang out of Dolly Parton, and a clear affinity for the musical styles of Alan Menken, Andrew Lloyd Webber and Rodgers and Hammerstein.

"I have always loved the storytelling of the music of musical theater. I love that the characters get a chance to really express themselves from a story perspective in song," she said. "That's actually how I've always approached my own pop music. They are little mini-stories. They're basically pages of my diary and they're about understanding the architecture of the human experience from an emotional perspective."

While the storytelling aspect of her solo career and her score for "Waitress" have much in common, Barreilles wasn't entirely prepared for the collaborative nature of making a musical.

"I rewrote the opening number I don’t know how many dozens of times," she said. "There were days when I was like, 'Oh, I did it! I cracked the code.' That was exhilarating. And there were days where that same code you thought you cracked is clearly not working and you have to come back and do it again. Oh my God, it's the most defeating feeling in the world."

But Bareilles, with plenty of support from Paulus, Nelson, Latarro and others, pushed through, polished her numbers and finally produced a show that resonated deeply with audiences. She even got some advice from one of her musical theater heroes, prolific composer Alan Menken ("Little Shop of Horrors," "Beauty and the Beast"), who urged her to give herself over to the collaborative process.

"Something that Alan Menken said to me is that you have to trust that the good ideas are going to come back around," she said. "I experienced that firsthand with 'Waitress.' It was by far the hardest thing I've ever done, but also by far the most rewarding.

"The fact that we're coming into our second year on Broadway, it actually feels like living a certain kind of dream."