Before introducing a Buffalo-style-pizza-loving friend of mine to Neapolitan-style pizza, I knew he needed an information aperitif. Born into a pizza world where a small family can routinely make dinner of a large pie, there was no denying that size matters, to him and many others.

Yeah, cheese – where is it? That's a margherita pizza, a delicate harmony of tomato, fresh basil and mozzarella where the cheese is an accent, not the main event. Why is it burnt? It's not. That "leopard spotting," done right, is a tasty accent produced by the blowtorch heat of the wood-fired oven, approaching 1,000 degrees Fahrenheit.

Neapolitan-style pizza is in the details – and no place in town does the details better than Jay's Artisan Pizza. 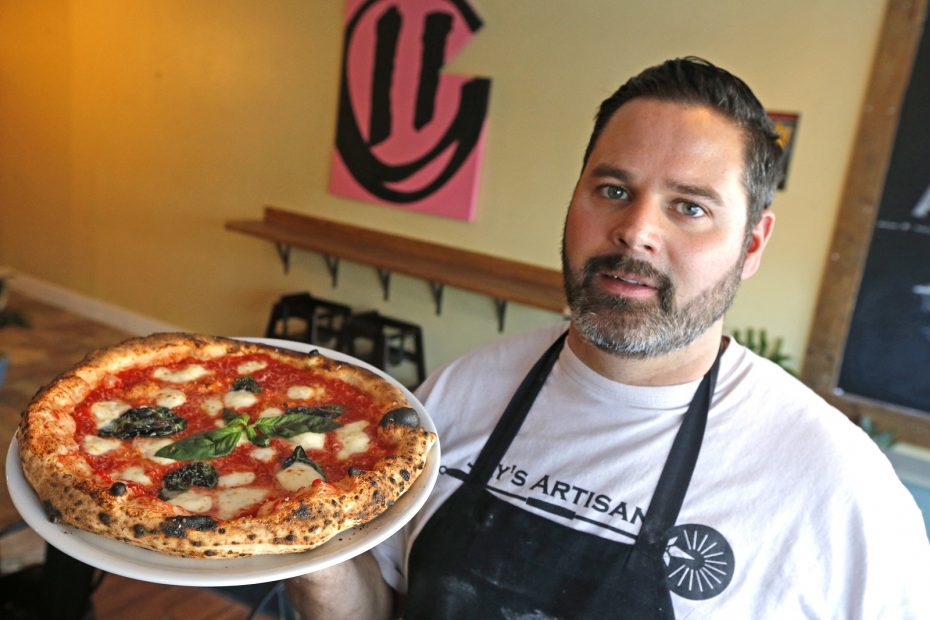 Now the positives: Neapolitan-style pizza is faster to table than Buffalo pizza. Its crust is airy, crunchy-tender, tinged with smoke from judicious charring. It's not stout enough for structural support, so slices sag at the tip and right into your mouth, if you get the timing right.

You can thank Jay Langfelder for this. He arrived in Buffalo with a plan: start making Neapolitan-style pizza as best he could, even though all he could afford was a food truck.

His OG Wood Fire truck criss-crossed the county making friends – and even some converts – as he honed his craft and saved up for a restaurant. There, he said, he could control the temperature properly. There, he said, you can see what he can really do.

Step up to the counter of his Kenmore restaurant and order from the overhead menu board. There will be nine or 10 choices. Choose a beer, glass of wine or soft drink from a brief list, and have a seat. If the place isn't crowded, you won’t be waiting long. I spent my time wondering if it could be worth the hype. 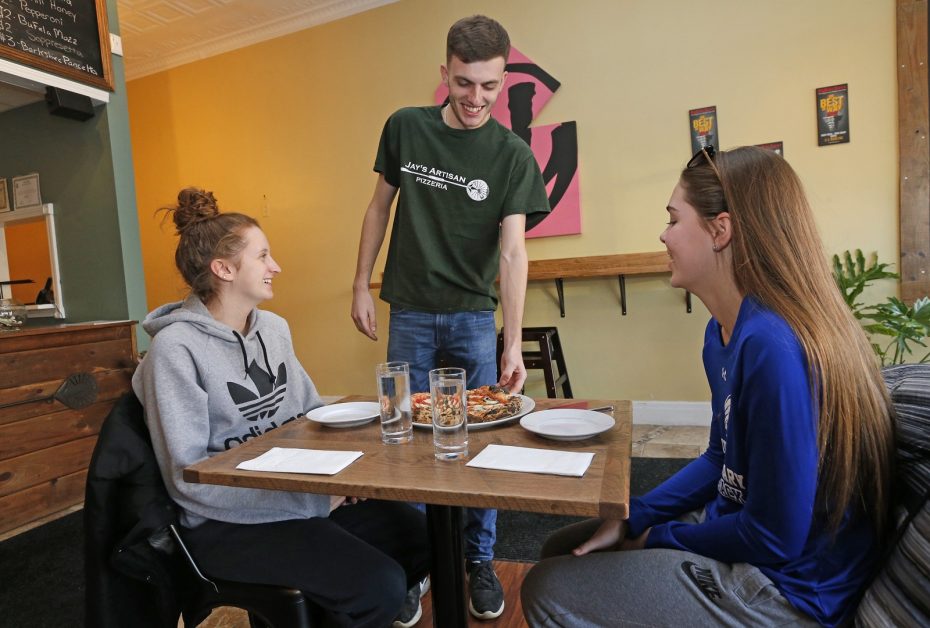 When the quattro formaggi ($14) arrived, the answer was yes. Crisp-tender crust gave way to the blended charms of fontina, mozzarella and pecorino, plus a breath of toasty garlic over a funky bass note of Gorgonzola. Just enough cheese to feel indulgent.

A Buffalo-style crust is sturdier, designed to serve as a delivery vehicle for a carpet-bombing payload of cheese and pepperoni. A Neapolitan crust is the point of the pizza. There's supposed to be just enough toppings to flavor the dough, the delicate canvas on which pizza greatness is written. Langfelder uses naturally leavened dough that rises for a day and a half before it's stretched into pies.

He uses premium toppings, too. Mozzarella comes in two flavors: fresh and fresh-never-frozen Italian buffalo milk mozzarella ($2 upcharge), which Langfelder recommends as superior. There is no shredded bulk mozzarella in the house.

Take friends and share pies to decide where your allegiances lie. My vote went to a pancetta pie ($15) with swooshes of earthy squash puree, thinly sliced red onion, mozzarella and a drizzle of spicy maple. 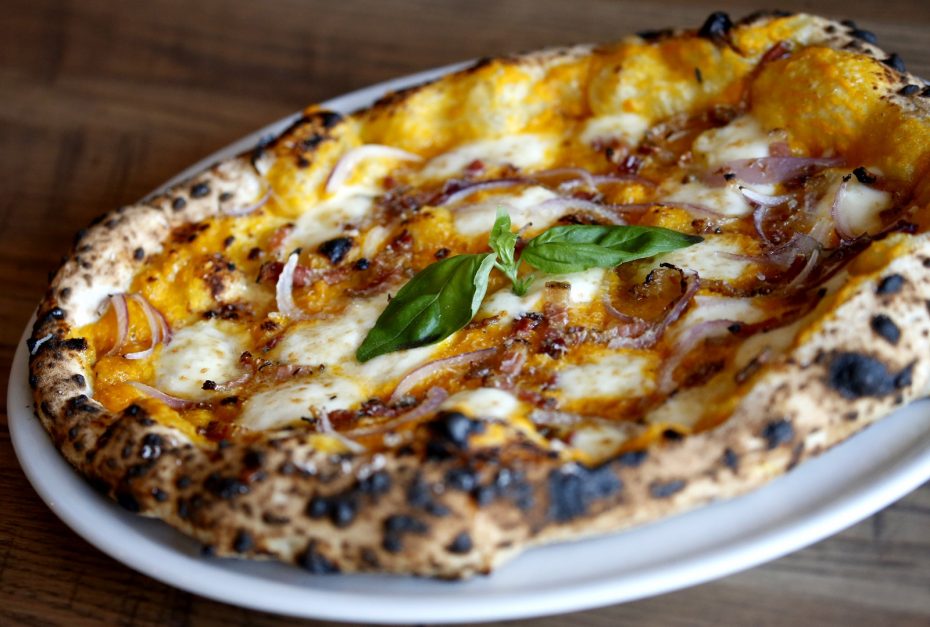 The level of crust crispiness varied, but all the versions we tried were excellent. The margherita with buffalo mozzarella ($15) was an exemplar of the form: fruity tomato and fragrant basil elevated by cheese that seemed to amplify their flavor.

The table's favorite was the Killer Bee ($14.50), Jay's homage to a combination popularized by U.S. Neapolitan star Roberta's. Its matchsticked soppressata oozed savory fat onto the bread around the mozzarella, while a drizzle of chile honey added a spicy-sweet exclamation point. The funghi ($14) was my runner-up, with paper-thin mushrooms, fontina, garlic and a judicious schmear of truffle cream.

As thrilled as I was with Jay's Artisan Pizza, it can be better. A more diverse pizza lineup would be welcome, with more vegetables and perhaps even an anchovy or clam pie. Here's hoping the pizzeria's continued success will allow Langfelder to widen his menu.

A salad ($7) of romaine, radicchio and cucumber was fresh but perfunctory. A charcuterie board ($14) and marinated olives ($5) rounded out the non-pizza lineup. 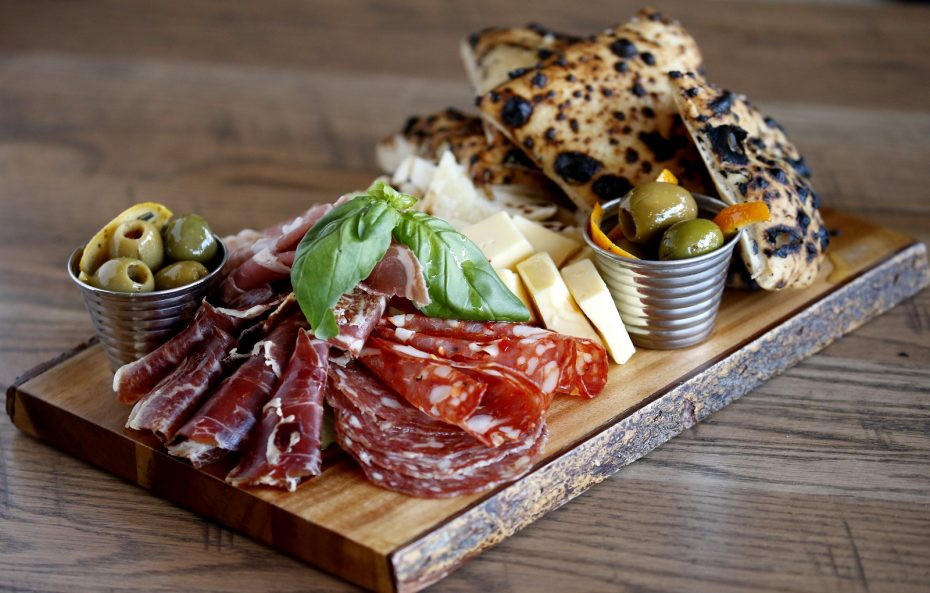 A charcuterie board with meats and cheeses for less than $15. (Robert Kirkham/Buffalo News)

The salty-sweet-spicy trio is used to great effect at Jay's, but the pizzas start to blend together if you repeat those moves. This is admittedly a fine point, as most diners will order only one or two, but fine points are what separates good from great in the restaurant world.

You can order takeout from Jay's, but know that the pizza's glory fades with every step away from that oven and every minute in a closed box. At least you can resuscitate it in a hot oven, if you follow Langfelder's instructions to the letter. (Pity you can't say the same for chicken wings that have been steamed to flabbiness in takeout clamshells.)

If you love Buffalo pizza's ability to feed a crowd, stick to your favorite place. If you want to explore the best local example of a 200-year-old Italian culinary obsession, head to Kenmore. With the Buffalo pizza landscape awash in wood-fired pies, Jay's Artisan Pizza has the upper crust.

Hours: 4 to 9 p.m. Tuesday through Saturday. Closed Sunday and Monday. 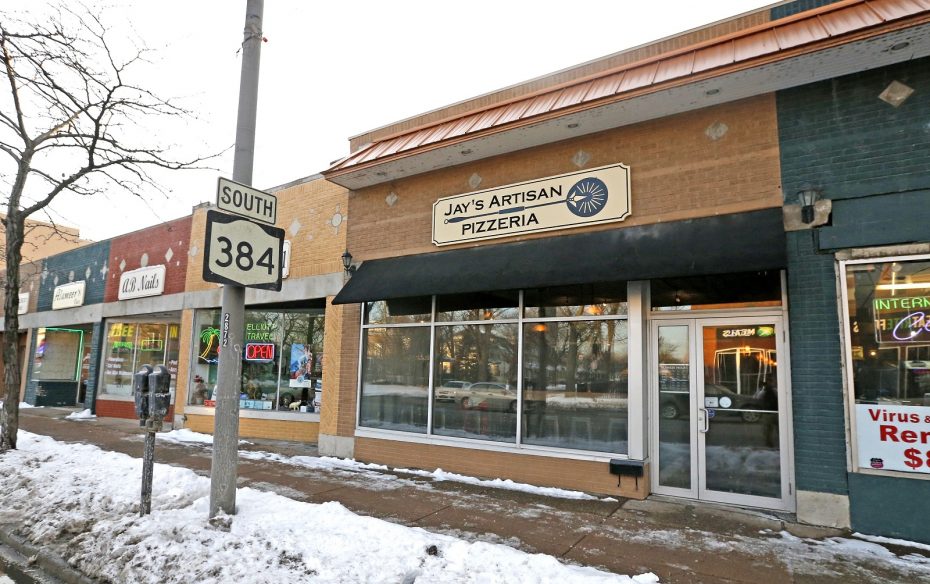 At Old Orchard Inn, chasing the memory of chicken fricassee