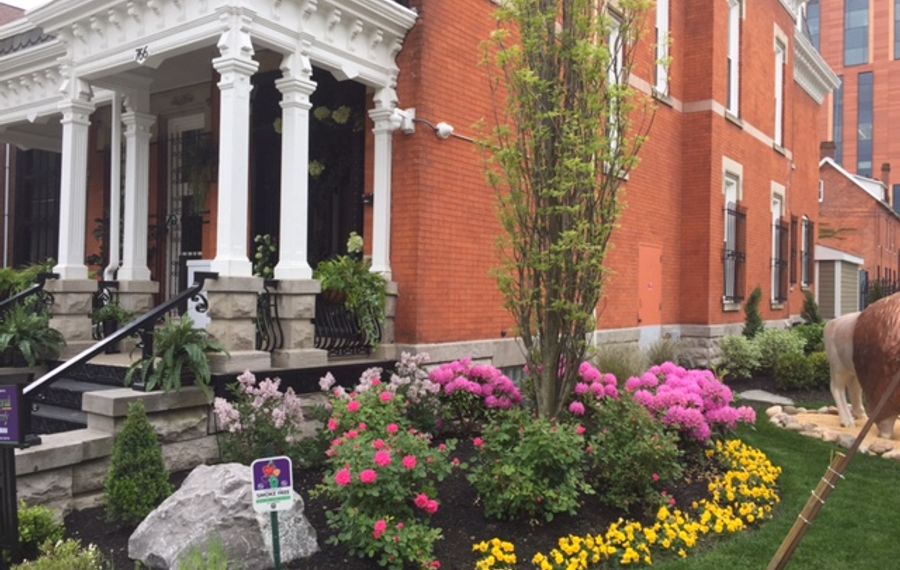 The opening of the new Russell J. Salvatore Hospitality House on the Buffalo Niagara Medical Campus has been delayed again while further construction work is completed.

The opening of the 19th century Victorian home at 766 Ellicott St. was supposed to happen in September. But finishing touches are still being done after work that was necessary after it served as the Junior League & Buffalo News Decorator Show House last spring.

"After the Showhouse, it was hard to get contractors back," said Lynsey Weaver, executive director of Kevin Guest House, which owns the Salvatore hospitality house.

The new hospitality house is a continued expansion of the four-building Kevin Guest House campus along Ellicott Street in the heart of the Medical Campus. The Salvatore Hospitality House will complement the Kevin Guest House by providing support and lodging for transplant recipients and patients and their families traveling to Buffalo area hospitals for medical care. Its addition will double the number of guests that can be hosted, provide handicapped accessibility and provide larger suites for families.

A partial opening is anticipated for some time in February, but there is no target date yet for when the Salvatore hospitality house will be fully operational.

The house is expected to offer shelter to an average of about 1,200 people a year, Weaver said. Already, 12 bone marrow patients are on the waiting list to stay in the house, she said.

The hospitality house represents the first expansion for the adjacent Kevin Guest House, which is still trying to raise the last $500,000 needed out of an overall $3 million capital campaign. It financed the initial construction work on the home to be ready for the Show House, and additional money needs to be raised to cover the remaining construction work and pay off debts.

Kevin Guest House acquired the three-story Victorian in 2015. Built in 1881, the house had been most recently owned by Schroder Joseph & Associates. It was originally built for Albert Ziegler, owner of a long-running brewery in the city. It eventually came to be owned by August Feine in 1906. It changed hands two more times before becoming headquarters for the then Buffalo and Erie County Tuberculosis Association  in 1955.

The home is brick, features a prominent corner tower and its design is similar to Italianate style, with heavy brackets and ornamented windows and doors. The iron and woodwork has been restored on the outside of the building.