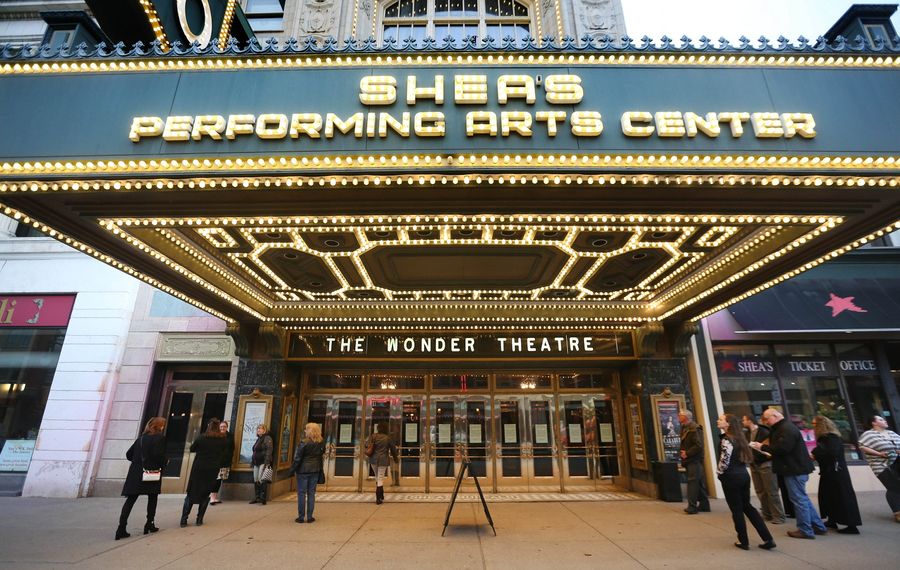 The president of Shea's Performing Arts Center is concerned about the limited availability of downtown parking for patrons, and particularly whether the recent reports of price-gouging by private lots will affect theatergoers.

"There are people who get very concerned about the price of parking, and they express to us that it's not fair and very high for Buffalo," said Michael Murphy, who took over as CEO of the region's leading off-Broadway theater in November 2016. "It puts a bit of a bad taste in their mouth when they're planning their entire trip."

Murphy also said he hasn't heard of any particular parking lot operator as a problem, and wasn't sure if it was affecting ticket sales.

"I don't know of people who have said, no, I'm not going to attend, but they get frustrated and it affects their feelings about downtown, about coming to downtown," he said Wednesday.

According to a March 2017 report by Buffalo Place, there are 23,000 surface and structured parking spaces throughout downtown Buffalo, including several hundred right around Shea's.

He said the parking board was willing to work with Shea's to secure lower-rate spaces that could be promoted to patrons. Termini also said he has asked Assemblyman Sean Ryan, D-Buffalo, to sponsor legislation that would make it illegal to "boot" or tow a car in an unattended parking lot – another increasingly source of complaints.

"This kind of treatment of our patrons is not good for downtown," he said. "We need to make people aware that when you come downtown, you're not getting ripped off. There are other options."

Murphy agreed. "If I could, I would buy lots of land for parking," he said. "I worry."

Officials from the nonprofit and the city have been working together to identify other spaces around downtown that could be created for public use just by changing signs. Already, Buffalo Place Chairman Keith Belanger said they've found 300 such spaces "that we can put to work for downtown."

That's part of an effort to make it easier to accommodate as many as 1,000 more people coming into the city for various reasons, whether through more parking or using alternative transportation, such as bicycles or public transit.  "We need to figure out how to move another 1,000 or so folks in the core," he told the board. "We're one-third of the way to identifying 1,000 more ways to get more people into downtown."

Murphy said about 275,000 people come downtown for shows at Shea's, including 86,000 just for "The Lion King" performances. Shea's will be bringing "Hamilton" to the stage in the fall, followed by "Dear Evan Hansen" in spring 2019.

The theater is also hiring an arts engagement director to focus on developing more ties to the community. Theater officials also are planning to build an addition for an elevator tower on the building's south side, as soon as they get funding and approvals. No firm date has been set to start.

Buffalo Place is the nonprofit downtown business improvement district that manages the area around Main Street from Canalside to the edge of the Buffalo Niagara Medical Campus, as well as streets on both sides.

It was the first time Murphy had met with the organization, whose employees help clean and maintain the streets and sidewalks around Shea's, as well as promote a host of events, activities and programming in the downtown core.