A Buffalo man’s mental illness was not severe enough for a jury to find him not responsible for killing a man by stabbing him 22 times in his Lackawanna home in 2016.

Gillie had admitted that he killed 23-year-old Robert J. Wheeler on Aug. 9, 2016. Gillie, who had been a friend of the Wheeler family, was arrested a day after the homicide and has been in jail since then.

Gillie knew Wheeler and his family because Wheeler’s sister had a son with Gillie’s brother.

In a video of one of his mental health exams before the trial, Gillie tells how he himself had been welcome in the Johnston Street home where Wheeler and his family lived, sometimes staying for meals. He even celebrated his 18th birthday there – they "got him a cake and everything," he said.

“They were actually really nice to me,” Gillie says in the interview. 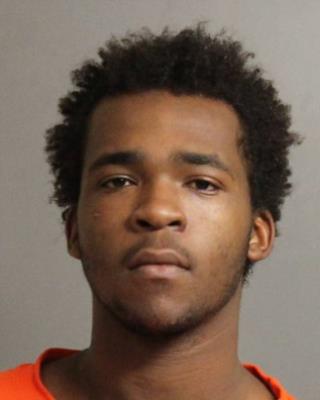 Christian D. Gillie, 22, was found guilty of murder in the 2016 stabbing death of Robert Wheeler.

Gillie suffers from schizophrenia and often hears voices chattering in his head, he and the doctors said. And as that problem became more seriously, his life changed.

“I just don’t see anyone,” Gillie says on the recording, “ 'cause I think they’re doing stuff to me.”

The question for the Erie County Court jury was whether that mental illness affected Gillie’s ability to understand his actions and to know the difference between right and wrong.

Colleen Curtin Gable, chief of the Erie County District Attorney’s Homicide Bureau, put forward the case that Gillie knew exactly what he was doing. He was upset with the Wheeler family because of his isolation. On the night of Wheeler’s stabbing, the prosecution contended, he was acting on those emotions.

In the videotaped interview with the prosecution's mental health expert, which was played for the jury, Gillie said he often heard voices, sometimes telling him that people are trying to harm him, and that he may have to fight them eventually.

But Gillie also tells the doctor that he knew what he did to Wheeler — “I killed him with a knife” — and that he fled the house afterward “because I killed him, or thought I killed him.”

He also said, “I know killing is wrong, so I thought I’d be in trouble.”

Defense attorney Emily Trott argued that Gillie was not responsible for his crimes because of his mental illness, but the jury agreed only in part. Gillie also had been charged with first-degree murder; jurors reduced that conviction to manslaughter “due to extreme emotional distress.”