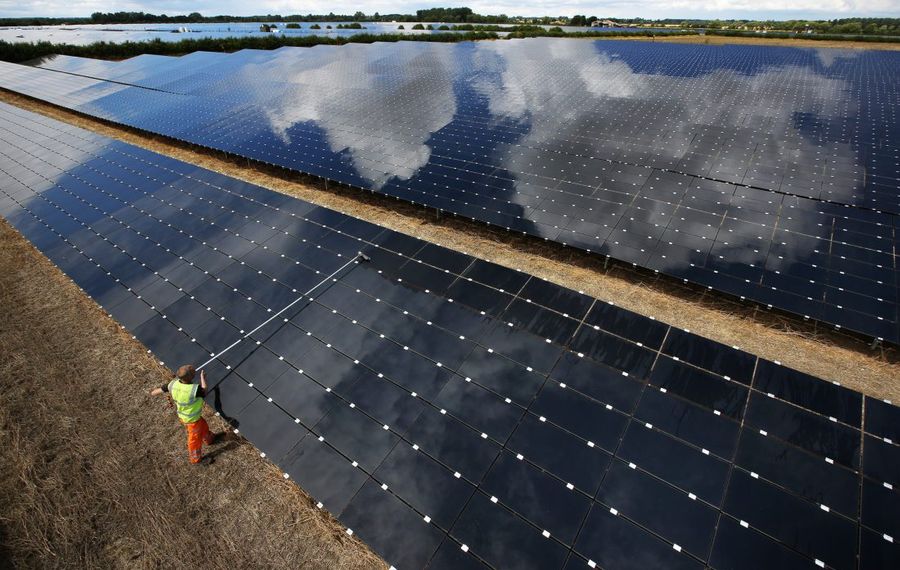 The outlook for Grand Island's effort to become a destination for solar generating parks is looking positively sunny.

Four projects that stand to take advantage of the island's abundance of open land and access to the Thruway and could bring electricity to hundreds of residents are under consideration.

Officials said the projects are a result of a solar energy law the Town Board passed last year in the hopes of encouraging more use of renewable energy.

School Finance Officer Robert McDow addressed the issue at a joint town/school board meeting Monday. He said officials have been talking to officials from two vendors – Active Solar and Solar Park – who are interested in leasing more than 80 acres owned by the school district that have been vacant for about 70 years.

One of the sites is 54.4 acres off Bedell Road, of which about 40 acres can be used for a solar generating park. The second project being considered by the school district is a 30-acre site behind Eco Island, a nature reserve that belongs to the school at 3285 Staley Road. McDow said up to half of the Eco Island site could be used for a solar park.

Solar Park also is in discussions with the town regarding a second town site off Whitehaven Road.

Deputy Town Supervisor James Sharpe called the school's acreage near the Bedell Road site a "prime piece of property" that is kitty-corner from a 60-acre site owned by the town. Active Solar plans to finish an 18-acre solar generating park on the 60-acre site this summer, Sharpe said.

Supervisor Nathan McMurray said the two companies are looking for more land to develop into solar parks on the island.

McDow said the 20-year leasing deal, which must be renewed every five years, includes provisions that the developer must remove the solar panels and return the site to its original state if the lease ends.

McMurray said the sites under consideration are near the main power generating station on the island, which give the companies "easy access to the grid" and the ability to "just plug in."

Town Board member Beverly Kinney said the town plans to begin its Solarize Campaign in the spring to educate the public about residential solar energy as well how to buy energy from community solar parks.