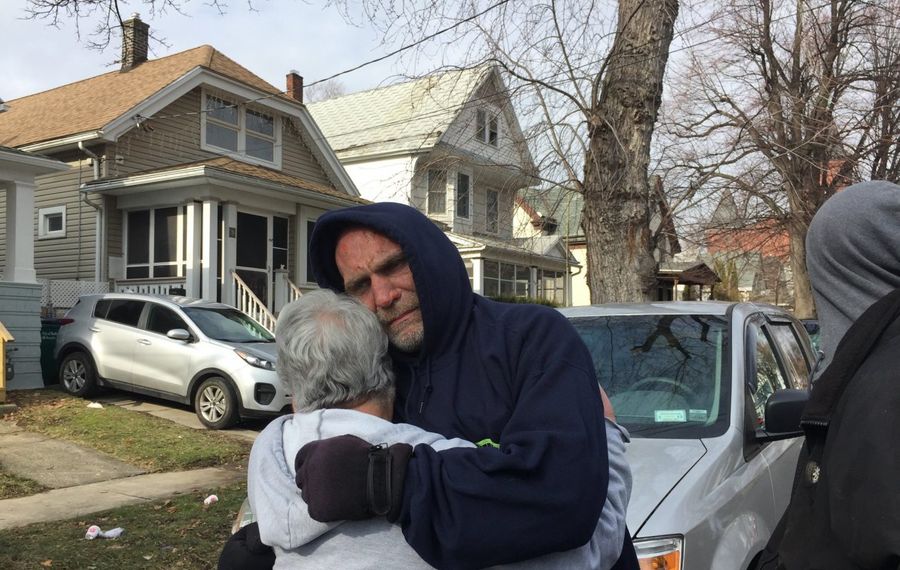 Buffalo fire investigators on Wednesday questioned the father of a 7-year-old boy killed Monday in a fire at his family's Benzinger Street home.

The father, Joseph Conti, who had an order of protection against him that should have kept him away from the house, admitted to friends and family that he lit a cigarette with a blowtorch and put it down on a bed on the first floor, a family friend told The Buffalo News.

Conti told investigators a consistent account, said Commander James Otwell of the Buffalo Fire Investigation Unit. He said investigators have found no evidence that conflicts with Conti's explanation about how the fire started.

The fire started just before 3 a.m. Monday at 59 Benzinger St. which is a double, but the Conti family – which included six children at the house – lived on both floors. It started in a first-floor bedroom on the right side of the house, Otwell said. A black V-shaped mark can be seen on the window on that side of the charred remains of the house.

Just hours after the fire, Joseph Conti described to The Buffalo News what happened.

He said he had just come out of the bathroom when he saw the fire in the bedroom.

"I was inhaling toxic, black smoke," Conti said. "I was getting burned. I was breathing the fire in my nostrils and my throat. I couldn't stay in there." 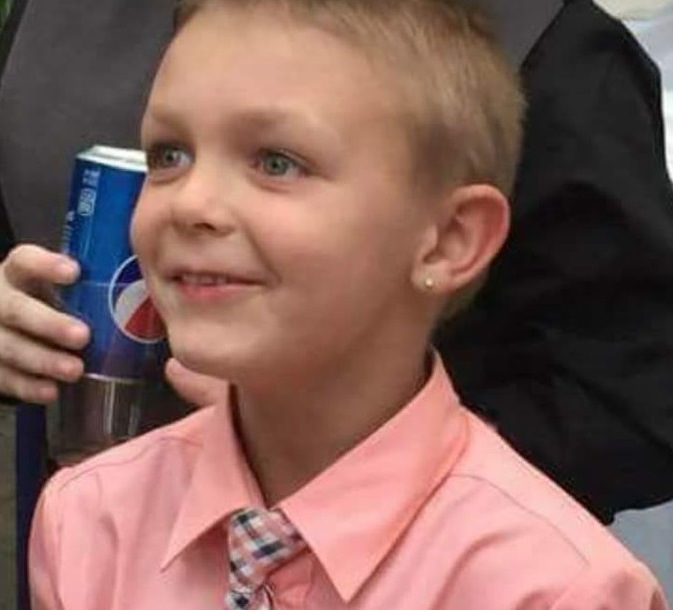 Conti's wife, Lisa, went upstairs to alert their children about the fire.

When the family came out into the street, they realized Anthony, a second-grader at Lovejoy Discovery School 43, was missing.

The Rev. Vlad Zablostkyy, a priest at SS. Peter and Paul Orthodox Church who lives across the street from the Contis, described seeing firefighters holding Joseph Conti, preventing him from going back into the burning house as his wife screamed for Anthony.

The first firefighters at the scene began a search for Anthony, going through the first-floor bedrooms three times, before they finally found the boy on the floor of the first-floor kitchen, Otwell said. They pulled him out and immediately began CPR. He was rushed to Oishei Children's Hospital but there was nothing doctors could do to save him.

Joseph Conti returned Monday afternoon to the charred house, where neighbors tried to console him.

"I failed him," he cried, his face covered with blisters from the fire.

According to a City Court official, Joseph Conti was barred by an order of protection from being at the home.

The six-month order of protection was issued Jan. 18 to protect Conti's wife, Lisa, according to a Buffalo City Court official. It was issued because Conti, 53, was arrested on New Year's Eve and charged with second-degree harassment, a violation. He was accused of spitting on and arguing with his wife, according to court documents. The order of protection was scheduled to expire on July 17, unless it was modified or vacated.

On Wednesday, in addition to meeting with fire investigators, Otwell said Conti was making arrangements so that he could legally attend his son's wake and funeral.