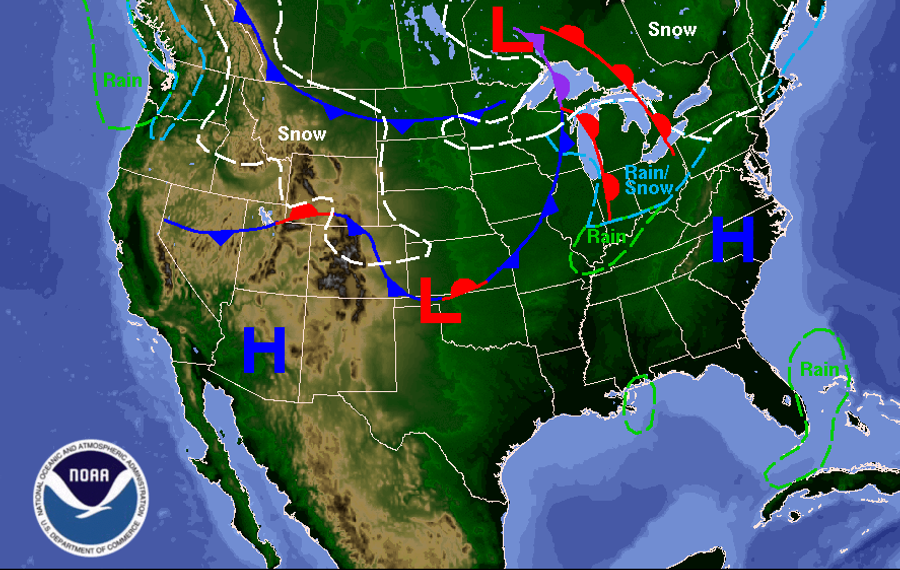 Temperatures, which bottomed out overnight in the single digits in the Buffalo Niagara region, will rebound nicely today.

It'll get breezy though with southerly winds gusting over 30 mph.

The thermometer is forecast to climb back above the melting point by about noon today and stay there for about 30 hours before plunging later Thursday as an Arctic front makes its way through the region, the National Weather Service reported.

Here's what the weather service says to expect: 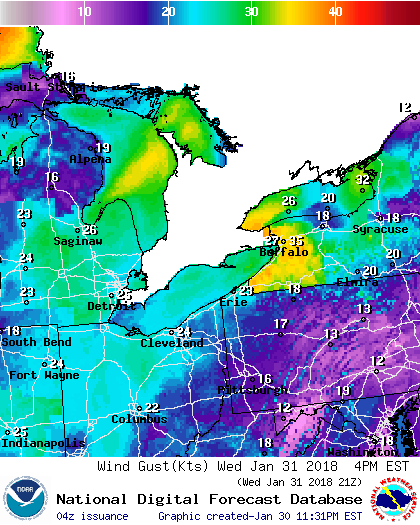 Light snow is possible in Buffalo this morning.

Temperatures will increase from the teens at dawn to the lower 30s by noon and upper 30s by late afternoon.

Winds are expected to start picking up by late morning to early afternoon and could gust as high as 40 mph, forecasters said.

Snow showers become likely this evening as a front passes through the region. Winds should remain gusty, above 30 mph.

Overnight temperatures will stay at about the melting point.

Snow totals could be in the 1 to 2 inch range, forecasters said.

Southerly winds are forecast to turn and become westerly.

Forecasters call for snow in the morning, rain and snow by lunchtime and rain in the afternoon with daytime highs in the upper 30s.

There's a 60 percent chance for snow showers in the evening, but the passage of an Arctic front will change the wind direction again and cause temperatures to plummet.

Temperatures are expected to drop from near 40 degrees at 4 p.m. down to near 20 degrees by 10 p.m., forecasts show.

The mercury continues downward behind the front.

Highs aren't expected to escape the upper teens on Friday with brisk west-northwesterly winds, which will make it feel like its in the single digits all day.

"This Arctic airmass will also continue to support lake-effect snows southeast of the lakes," the weather service said.

Although there's now more open water on Lake Erie because of the recent spate of warm weather, the lake-effect snowfall is expected to be mostly short-lived because of drier air making its way into the region later Friday, forecasters said.

How iced over is Lake Erie today? More than half

Overnight lows near 10 degrees are expected.

Weekend temperatures in the 20s with overnight lows in the single digits or teens are forecast with chances for snow, the weather service said.