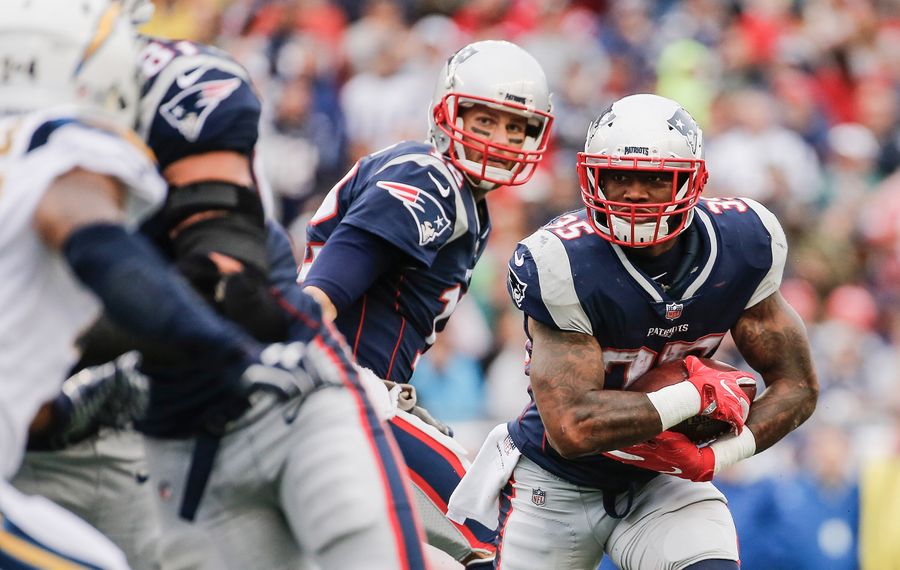 BLOOMINGTON, Minn. — Hanging on his wall at home, right below a photograph of John Lennon, there's a picture of Danny Amendola's  old Philadelphia Eagles practice jersey.

One of Amendola's boyhood pals ordered the jersey on EBay and presented it to him as a constant reminder of how often he has been underestimated during his football career, and how far he has come as an NFL player.

Amendola went undrafted in 2008 after a standout career at Texas Tech. He spent a year on the Cowboys practice squad, then another year on the taxi squad with the Eagles. He never played a regular-season game in those two years.

"I learned a lot there," said Amendola, who will start against the Eagles in Super Bowl 52 on Sunday. "There were times I felt discouraged, but I tried to make the most of every opportunity I've ever gotten. I love to play football. That's what I wanted to do, so that's what I'm blessed to be able to do."

Amendola eventually got his shot with St. Louis and played four productive seasons with the Rams before joining the Pats as a free agent in 2013. He's looking to win a third Super Bowl in four years with New England, which has become a haven for the NFL's undrafted, underestimated and undaunted.

There are 18 players on the Pats' 53-man roster who came into the league as undrafted free agents. That's among the most in the NFL and more than Bill Belichick employed on any of his five Super Bowl championship squads.

"We try to bring in players we feel can contribute and help us win," Belichick said Tuesday. "If they fall into that category, sometimes you know more on some guys than others. But the bottom line is, if we feel like a guy can help our team and fit into our scheme and system, we'll take him."

Much is made of the Bills collecting high draft picks under Brandon Beane and Sean McDermott. But the Pats are evidence that you can succeed with players taken later in drafts, or not at all. They haven't taken an offensive skill player in the first round since Laurence Maroney in 2006 and have never drafted a wide receiver in the first round since Belichick became head coach in 2000.

Still, they've been one of the most feared offenses in football. A lot of it is quarterback Tom Brady, the most famous sixth-round pick in history. In the Pats' meritocracy, Brady sets the tone by taking less salary and identifying as a teammate first, putting in the work like everyone else.

But it goes beyond the QB. The Pats have a way of identifying overlooked players who fit their system and are willing to accept lesser roles.

Tailback Dion Lewis, who leads the Pats with 896 rushing yards, was a fifth-round pick (by the Eagles). Ex-Bill Chris Hogan was undrafted. The offensive line has starters drafted in the third (Joe Thuney), fourth (Shaq Mason) and fifth rounds (Marcus Cannon), and one who wasn't drafted (David Andrews).

Then there's reserve running back James White, a fourth-rounder in 2014 with an uncanny knack for finding the end zone in the postseason. White set Super Bowl records with 14 catches and 20 points scored in the Pats' historic comeback win over Atlanta last year, including the winning TD run in overtime.

"We have tough, smart, dependable guys who don't care who gets the credit," said White, who played at Wisconsin. "It doesn't matter how big you are or what anybody says about you. Just go out and put your best foot forward and be tough. And have that heart."

Brady said that to look at Amendola, who stands 5-foot-11, you wouldn't take him for an NFL wideout.

"But he's got a heart bigger than anybody," Brady said. "He's the perfect fit for our team. He has an incredible skill set, great hands and he's clutch."

Amendola came to New England with visions of 100-catch seasons, like his fellow Texas Tech grad, Wes Welker. But until Julian Edelman went down last August, he had often taken a secondary role in the offense in the regular season. It's in the playoffs that he takes his game to a different level.

Three years ago, after a 27-catch season, Amendola had five catches and a big fourth-quarter TD in the Super Bowl comeback over Seattle. Last year, he had 23 catches in the regular year, but a season-high eight in the Super Bowl against Atlanta, including a TD and tying 2-point conversion in the fourth quarter.

"Well, it's important for us to be there for our teammates whenever our number is called," said Amendola, who has been dating former Miss Universe Olivia Culpo. for two years. "That goes with playing football."

This year's postseason has been his finest. Amendola had season highs of 11 catches and 112 yards in the division round against the Titans. In the AFC title game against the Jags, he had seven grabs for 84 yards and two fourth-quarter TDs, including a dramatic toe-tapping winner with 2:48 left.

White had the other Pats TD in that game. He scored twice against Tennessee. So over their last three playoff games, White has six touchdowns and 38 points scored, Amendola three TDs and 20 points. That's 58 out of 93 total points.

In fact, going back to the start of last year's playoffs, all but six of New England's 163 points have been scored by players who were drafted in the fourth round or later. Rob Gronkowski, a second-round pick, scored a touchdown.

White has 14 touchdowns in 47 regular-season games, but seven TDs in seven games in the postseason. Brady, last year's Super Bowl MVP, was among those who felt White should have gotten the award instead.

"I don't live in the past," White said. "I try to focus on the now. It's a what-have-you-done-for-me-lately league."

Once you've been underestimated, you never take your place in the NFL for granted. You never forget. All Amendola needs to do is look on his wall.

Jerry Sullivan: Is one more Brady Super Bowl title in the cards?