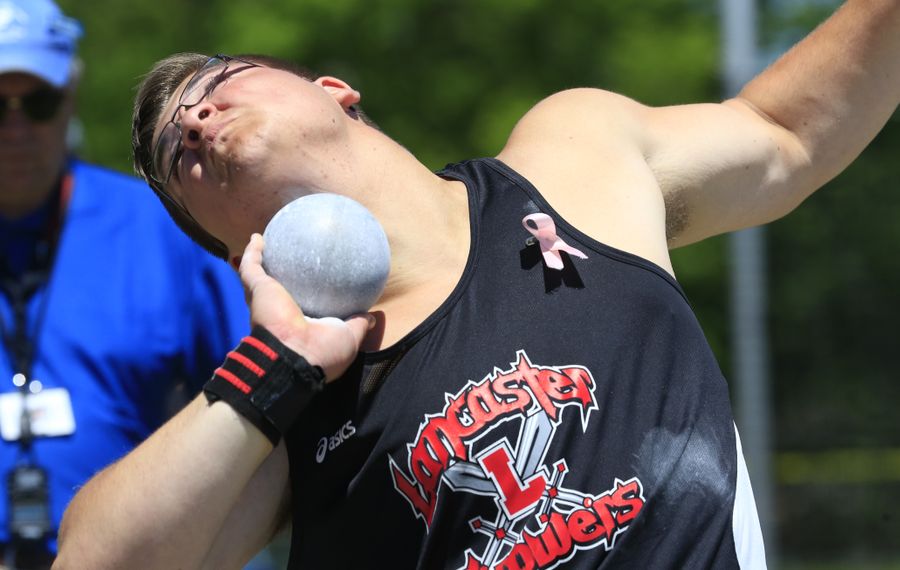 It's a different year but the same situation, one that won't be resolved until late February at the Section VI championship meet.

As usual, there are more talents that have already hit state-qualifying marks for the March 3 meet in Staten Island than there are spots. Only a maximum of three based on finish at sectionals get to go to states.

While the situation also exists for the girls, too, an example of how interesting it is on the boys side can be seen in the 55-meter dash. Six have hit the standard (via hand-held time mark of 6.74 seconds). Two more sprinters are close to joining the crowded field.

Think that's crowded? Check out the weight throw list as seven have hit the mark. Caleb Nickens of Sweet Home is first at 65-1.25, more than 6-feet ahead of the next closest rival in the event, Lancaster's Andy Pietrontoni (59-10.50). Others to keep tabs on are Joseph Castiore of West Seneca West, St. Joe's Will Gross, Jon Surdej of Lancaster and Cheektowaga's Art Jordan (Cheektowaga) and Jon Banks.

Around WNY: Peter Borzillieri of West Seneca West is one of three to hit the state qualifying mark in the long jump but so far he's leaped the furthest (21-11), but Barnes and Sweet Home's Nathaniel Davis trail by three inches.

-- Cheektowaga pole vaulter Andrew Reichert has met the state standard. He also has the top time in the area in the 55 hurdles. He's not the only member of the Warriors, who swept the boys and girls titles in Class C at the WNY Relays, who has shined this year. Others to keep an eye on include Seth Connor (300 and 600), Alex Bryant and the 4x400 relay team which trails only Lancaster.

-- Williamsville South's David Bergamasco set the school record in the 1,000 and ranks third in WNY in the event.

-- Hutch-Tech's Aaron Davis looks like the lad to catch in the 600. Teammate Sesay Alhagie ranks second in the triple jump in the area behind Falls' Barnes.

-- St. Francis' Ben Pinkowski (St. Francis) not only has the top leap in the area in the high jump but his 6-3 mark also is tops among New York Catholic High School Athletic Association competitors in the event.

Driven siblings: The Surdejs' of Lancaster that have top marks in shotput and weight throw are in fact related. Jon Surdej, a junior, is the brother of Natalia, a freshman, with the top weight throw in the section.

Another brother-sister act: Cal Puskar's sister Sara, a sophomore, is among the leaders in the long jump.