A downstate developer is planning to move ahead with his proposal to convert a warehouse storage building off Genesee Street into a new low-income apartment facility and neighborhood health clinic after winning approval Monday evening from the Buffalo Planning Board.

Regan is partnering with Lt. Col. Matt Urban Human Services Center of Western New York to provide services to residents. Twenty-one units would be supportive, reserved for the homeless or those with special needs.

Additionally, the $10 million adaptive reuse project would include construction of a separate 8,100-square-foot, single-story outpatient clinic, to be run by Jericho Road Community Health Center.

"We're very excited about the project. We believe it's going to be a real nice asset to the community. It's going to be able to provide much needed services," said Matt Urban Center Executive Director Marlies A. Wesolowski.

The goal is to provide a combination of housing, health and other social services at a single location, aimed at the financially strapped, special needs and immigrant populations served by the nonprofit agencies. In turn, that will help to revitalize a community that hasn't benefited as much from the redevelopment activity in other parts of the city, even on the East Side.

"It's a great project," said Planning Board Chairman James Morrell. "If you go from Bailey to Fillmore, there's not much. This is unbelievable." 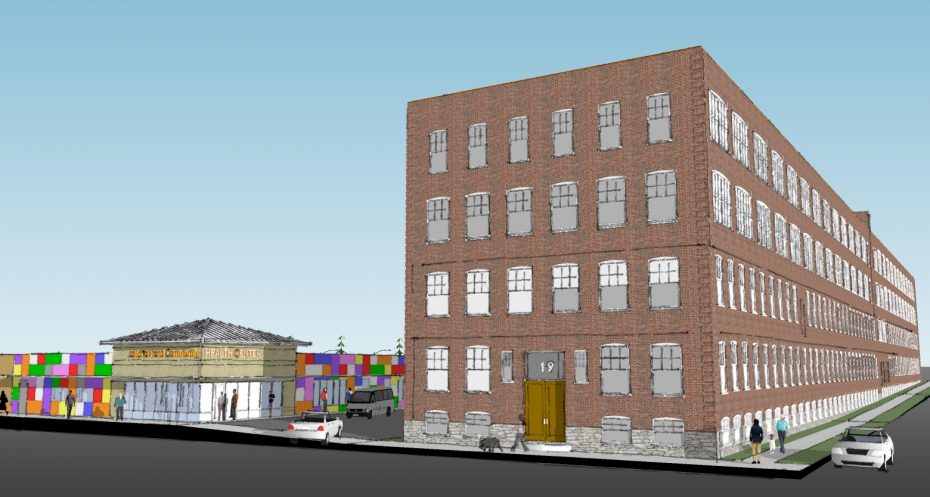 A small one-story connector building will be demolished, as well as part of a center section on the east side of the circa-1916 building, but plans otherwise call for keeping the entire structure, said project architect Matthew Meier, of HHL Architects.

The project will be funded by state low-income housing tax credits, federal and state historic tax credits, and other state funds, as well as a mortgage and Regan's equity. Regan is also looking into whether the site could qualify for a brownfield cleanup.

The board also recommended approval by the Common Council of a special adaptive reuse permit to allow apartments on the ground floor. The Council's Legislative Committee will take up the permit on Tuesday.

Officials hope to start construction by the fall, after all approvals are in place, with completion in 18 to 24 months. "As soon as they get confirmation of the approved tax credit application, we're off to the races," Meier said.