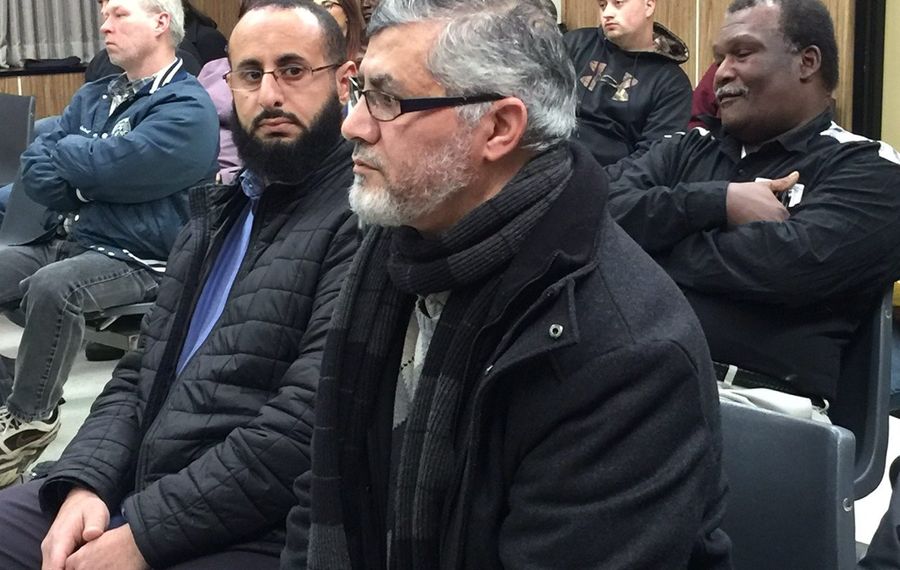 Mohamed Albanna, who was barred from taking the Lackawanna City Council seat he won in the November election because of his prior felony conviction, told lawmakers Monday night he could be taking his case to the state's highest court.

"I have not exhausted my appeal," Albanna said to the City Council. "We are looking into it."

In the audience – sitting one row apart – were the candidates who ran for the First Ward seat: Albanna and John Ingram, who asked the Council to appoint him to fill the vacancy.

Albanna was barred from taking the seat after the Appellate Division of the State Supreme Court ruled Jan. 22 in favor of Lackawanna Mayor Geoffrey Szymanski, who sued to block Albanna from assuming the office. At issue was the Lackawanna City Charter, which prohibits anyone convicted of a crime of "moral turpitude" from holding public office.

Albanna was convicted in 2006 of a felony under the Patriot Act, after he admitted sending millions of dollars to relatives in Yemen without reporting it to the federal government. 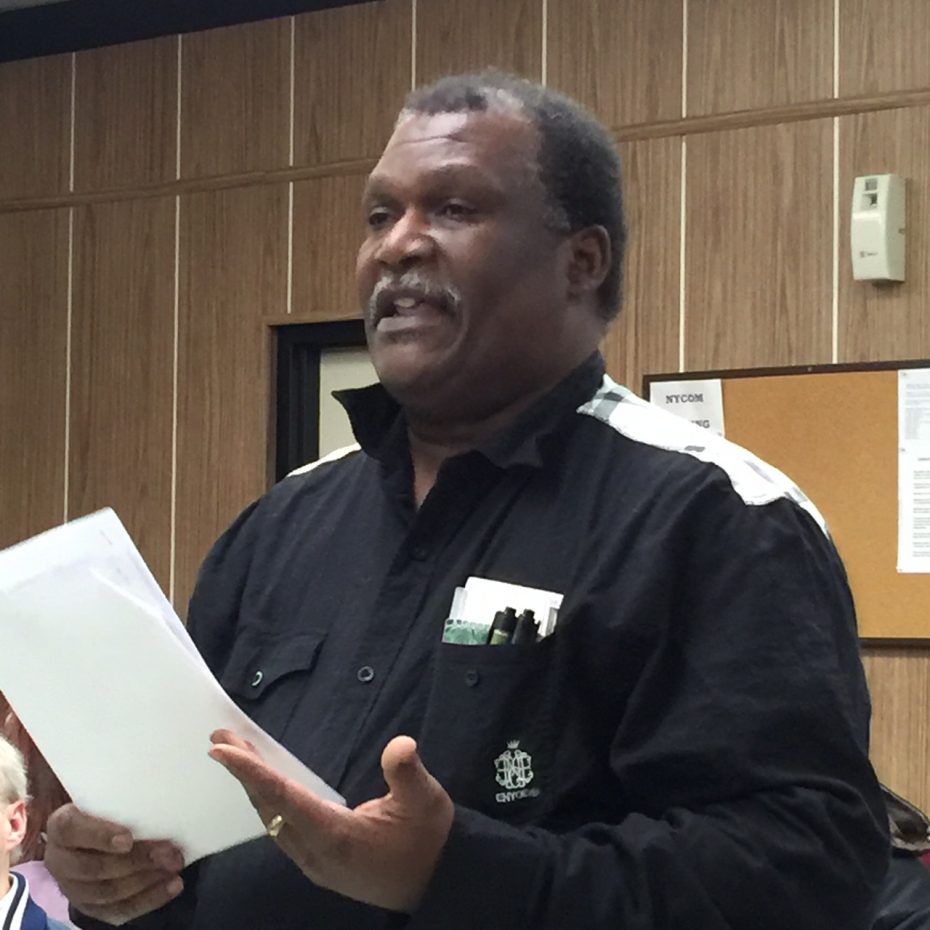 John Ingram, who ran unsuccessfully against Mohamed Albanna in the Nov. 7 election, asked the Lackawanna City Council to appoint him to the vacant First Ward seat on Monday, Jan. 29, 2018. (Jane Kwiatkowski/Buffalo News)

Ingram addressed the Council during the public comment section of the meeting, the first meeting since the Appellate Division ruling.

"We had an election," said Ingram. "We had two candidates that ran, and one candidate was not able to take the seat. I feel the Council should appoint myself, and then when we have the election, let others do what we did. I don't think it's fair to appoint someone who did not run."

Council President Keith Lewis told the audience the lawmakers were heading into executive session to discuss the issue after the conclusion of the meeting.

"I don't think we are prolonging anything, but I think we're doing our due diligence by having a conversation tonight, and then we'll have a game plan," Lewis said.

The City Charter gives the Council discretion to fill the vacant seat with whomever its members choose subject to some restrictions, said city attorney Antonio Savaglio.

He said the Council must appoint a resident of the First Ward who is of the same political party as the person who last held the office. The previous First Ward councilor, Abdulsalam Noman, was a Democrat.

Albanna still has time to appeal the decision of the Appellate Division, but that process could take months, said Savaglio.

"He has 30 days from the day the decision was filed to decide whether or not he wants to appeal," said Savaglio. "After that, it's up to the Court of Appeals. They could choose to expedite it, or they could choose to go by a normal calendar which could take six to seven months."