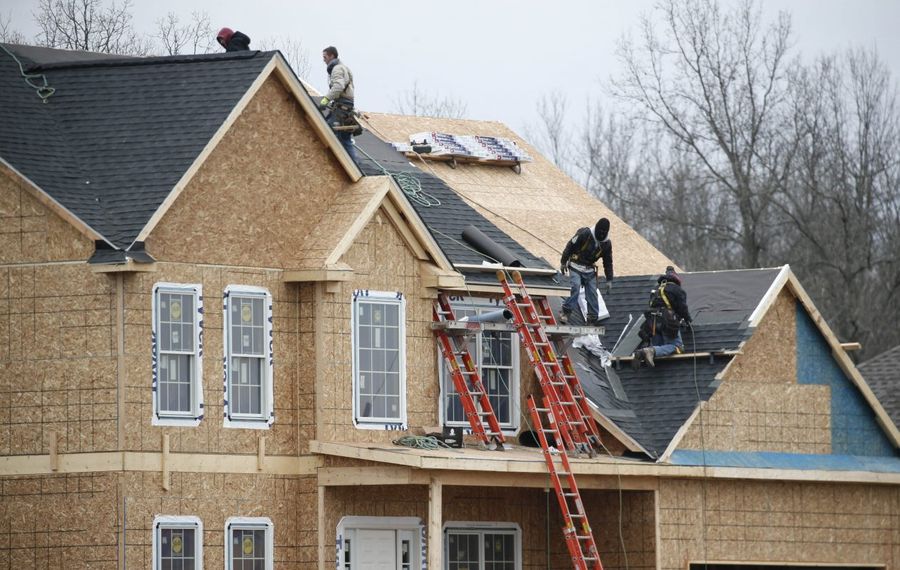 If at first you don’t succeed ... build.

As the market for existing homes in Western New York continues to tighten, forcing bidders to duke it out with ever-higher offers, some prospective buyers have instead turned to new construction for their dream home.

They’re choosing from a variety of homebuilders and opting for either model-home designs in pre-designated communities or buying lots elsewhere and designing their own.

This wave of building over the past decade has seen a host of residential subdivisions sprouting throughout the region, spanning the Southtowns to Niagara County.

The Buffalo News examined the growth by looking at the sales of new houses built on vacant land in Erie and Niagara counties as tallied by the state Office of Real Property Services.

Since the start of 2007, hundreds of newly constructed houses have been sold in Erie and Niagara counties. They’re scattered in 28 municipalities, including the cities of Buffalo, Lackawanna and North Tonawanda.

Buyers have several dozen builders and neighborhoods to choose from, at prices ranging from $150,000 to well over $1 million. The average sale price: $282,000.

It was the town of Lancaster that saw the most sales of newly constructed houses in the last decade, with 2.5 times as many new homes as the next town from 2007 to 2017, according to the Buffalo News analysis. Hamburg was second, followed by Wheatfield, Clarence and West Seneca.

Rounding out the top 10 were Amherst, Lockport, North Tonawanda, Lewiston and Orchard Park.

New developments are scattered throughout the region, in virtually every major municipality. Some are small, with just a handful or a couple of dozen lots tucked in amid existing neighborhoods. Others sprawl across the vast acreage of former farmland, with hundreds of homes over several phases of construction.

Among the best known and most elite developments in the region are Spaulding Green and Spaulding Lake in Clarence. They’ve been joined more recently in that eastern suburb by Waterford, Strickler and Roxberry Estates, among others. But the same level of luxury can be found in high-end homes and neighborhoods elsewhere, as well.

Some subdivisions are open to construction by multiple developers, such as Spaulding Green, Northwoods and Harris Hill Commons in Clarence; Birdsong, Knoche Farm Estates and Pleasant Acres West in Orchard Park; and Cross Creek Estates and Windsor Ridge South in Lancaster.

Others, like Marrano’s Greythorne and Windstone in Williamsville, are essentially single-developer projects, although there are still a variety of options for size, floor plans and specific features.

Most cost more than $200,000, but there are homes available in some neighborhoods below that level, including Marrano’s Central Square Villas Town Homes in Lancaster, Ryan Homes’ Arthur Court in Hamburg and Legacy Development’s Brandon Woods in Amherst.