Tracy Waring wasn't going. It was impossible. There was no way to run the race.

She couldn't imagine finishing it without Devin, her oldest son.

Her brothers, all part of the Matre family, helped found Sunday's Penguin Run/Waddle in Amherst. It started in 1995 almost as a joke, a sort of eureka moment from a few friends who weren't runners in any serious way. They hung around at Classics V, a banquet hall in Amherst, and they were looking for something to do on the open Sunday between football's Super Bowl and the conference championships.

Tracy's brother, Ron Matre, came up with the idea. It was embraced by Dan O'Leary, a close friend of the family, and by Dan and Lisa May, owners of Classics. It happened to be the first time in years that the Buffalo Bills were idle in late January after four straight Super Bowls, and there was a wistful emptiness that month in Western New York.

A "penguin run," Ron Matre figured, was a perfect way to fill the void.

From the beginning, Tracy and her husband Tim, a Town of Tonawanda police captain, gave the race their full support. They watched as the event grew from 20 people to involve hundreds of runners. Its central purpose was raising money and awareness for Cradle Beach, which provides a camp experience for Western New York children who cope with disabilities or with lives of struggle.

In 2000, Tracy bundled up Devin and carried him, as a newborn, over the 3.1-mile course. As little boys, Devin and his younger brother, Owen, walked the entire route at Tracy's side. In grade school, the brothers once tried to take a shortcut through some backyards, a move that taught them a lesson about life. 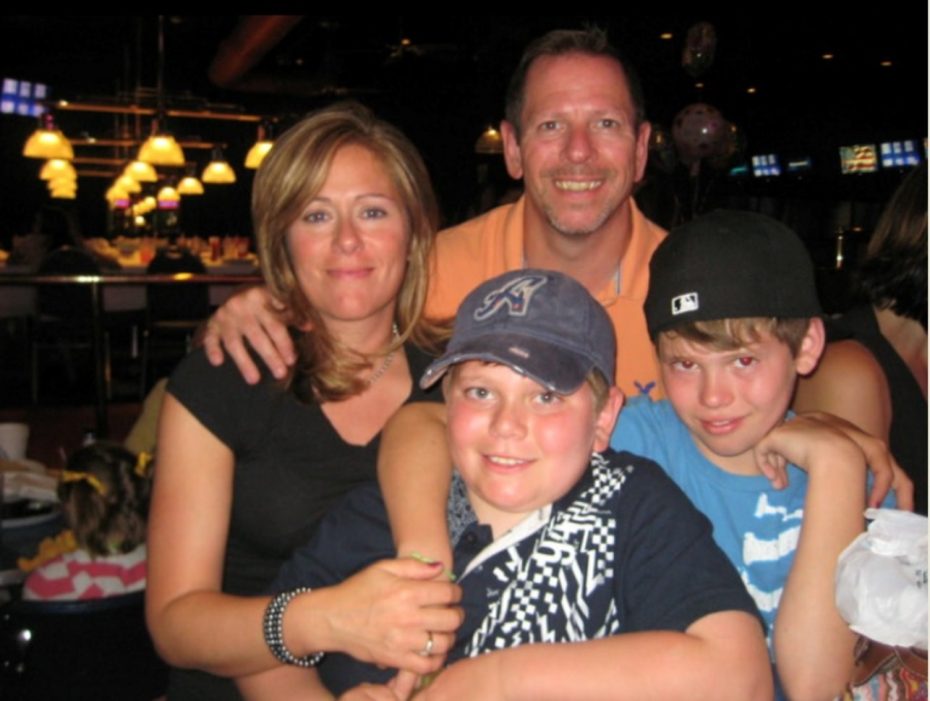 The Waring family: Tracy and Tim with their boys, Owen (left) and Devin. (Family photo)

Their strategy forced them to scale tall fences, Owen said. Cutting through the yards took them twice as much time.

Over the last few years, at Canisius High, Devin needed no short cuts. He was in terrific shape as he prepared to graduate in May. He was planning to enlist in the Marine Corps, a longtime dream, and he worked out constantly to be ready for basic training.

Last month, on a quiet Saturday, he took his own life.

"It blindsided us," Tracy said.

Years ago, just after she gave birth to her first child, she and Tim thought about naming him Devlin, as in Joe, who was a lineman for the Bills. They settled instead on Devin, who became what his mother describes as "my right arm."

Tracy keeps going back to try and remember some signal, some alarm, from a son who showed her no hint of distress.

In the hours before his death, he saw a Catholic priest for the sacrament of penance and reconciliation, commonly known as confession. What seems significant now at that moment seemed routine. Devin was a devout Catholic, Tracy said. For him, that was not unusual behavior.

Twenty minutes before he died, she sent him a text from the grocery store. She asked if they needed anything around the kitchen. Devin texted back that they were getting "a little slim" on yogurts.

Then he told her he loved her and appreciated her. But this is the truth about Devin's nature, Tracy said.

He sent her messages like that all the time.

In the aftermath, for a time, she lost herself beneath her grief. The idea of going to the race seemed ludicrous.

It was Owen who convinced her otherwise. At 16, he was less than two years younger than Devin. They were inseparable in a way understood by siblings born so close together, a kinship where presence transcends the need for words. They could listen to rap as they drove together each morning to Canisius, keeping time to the music while lost in their thoughts and plans for the day, a silence more intimate than conversation. 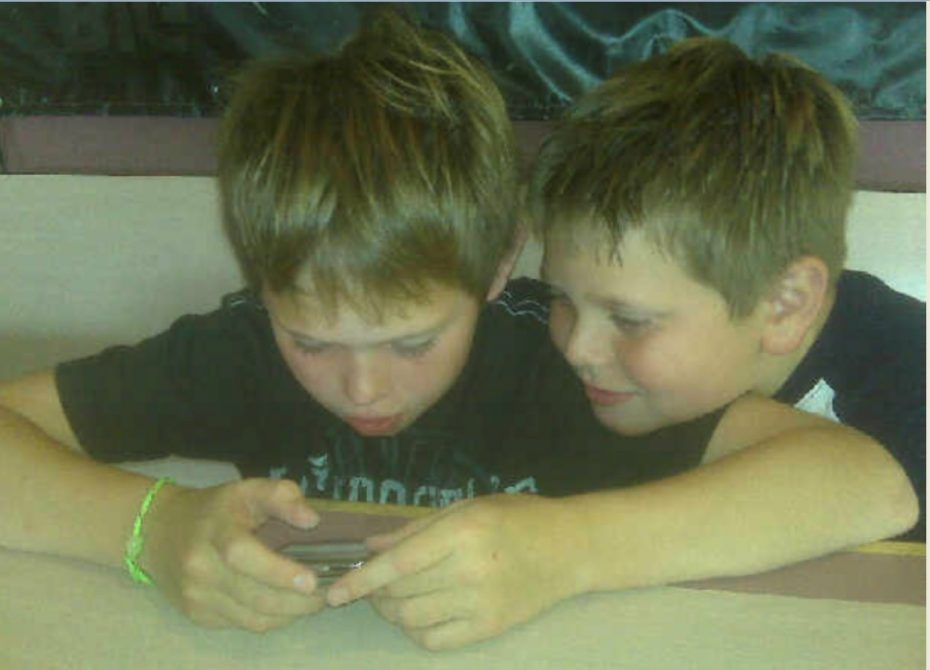 Brothers Devin and Owen Waring, when they were younger. (Family photo)

Owen would give anything to take those rides again. He started thinking about the race, and he checked with his uncles, Ron, Don and Tom, and O'Leary, a longtime presence in his life. Owen wanted to know, if he invited teenage friends, if they could take part for free in memory of Devin.

His uncles didn't hesitate. They said yes. By Jan. 16, Owen was ready to send out this tweet:

Owen has no idea how many people will show up. The offer is open to any high school student in the region as a gesture of solidarity, of overall well-being. The point is elevating a message that's not just for Devin's friends, but for the larger community.

"Don't let this crumble you," Owen said. "You have to rise up for him."

His mother listened. She changed her mind.

She will be at the starting line. 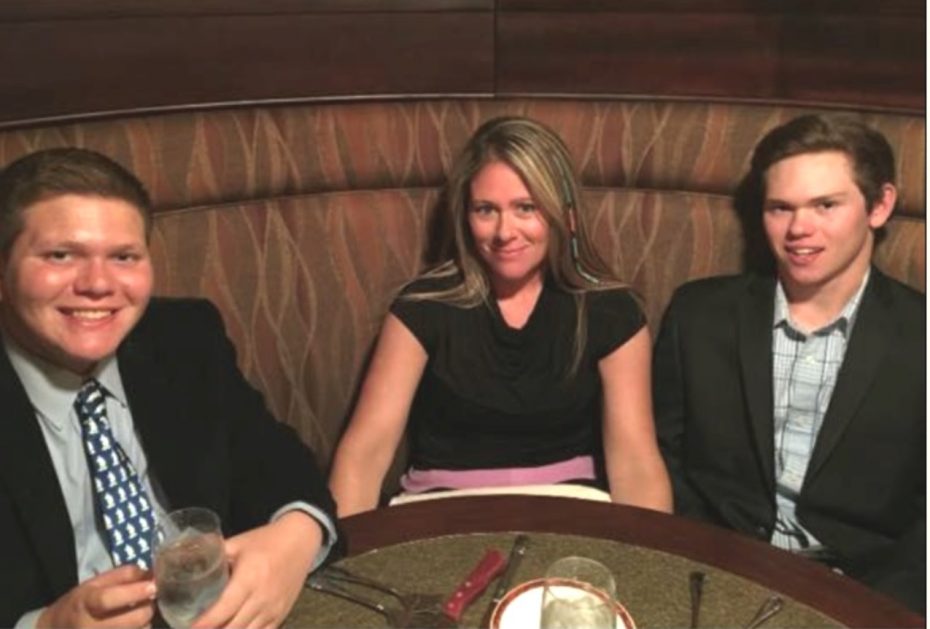 With all that in mind, she hopes the race will serve as an alert. A study released in November in Clinical Psychological Science suggested that a national increase in teen suicides and suicide attempts may be linked to growing emotional isolation in this age of social media.

Last week, Tracy sat for a meeting at the family business, Pallet Services, with Owen, O'Leary, her brothers Ron and Don and her nephew Ronny. They urged parents to be vigilant, to remember the struggles and complexities of 21st century life, to keep talking to their children if they withdraw into their phones, to watch for signs of depression or agitation.

"If we can save even one kid, it's worth it," Tracy said.

As for Owen, he wants to bring that revelation to other teens. If high school students are struggling with a problem, he said, they're far more likely to share it with a contemporary than with an adult. If a friend says anything to indicate distress, he suggests being ready to find a way to help, such as calling a 24-hour Crisis Services hotline at 716-834-3131.

Because Owen, like his mother, didn't see this coming.

Devin's routine never really changed,  Owen said. He was a guy who could obliterate handfuls of red berries cereal from the box as he watched a favorite show like "Criminal Minds," or load up peanut butter fluff on whole wheat, with a bag of Doritos on the side. He and his brother essentially wore the same size in clothes, and they'd casually wear each other's shirts, pants and shorts, an exchange Owen said continued even on the day he lost his brother.

They loved spending nights at the family hunting camp at East Otto, Owen said, "where we'd be swimming in the pond or playing kickball games," where they'd have bonfires at night and go for midnight hikes, where deer hunting was a centerpiece of autumn.

Devin was also fiercely disciplined about staying in peak shape, a high school senior who wanted to be completely ready for Marine Corps boot camp. He looked forward to serving with the Marines, and he dreamed out loud about someday qualifying to be a Navy SEAL in the way other kids dream of playing big league sports.

To Tracy, those aspirations define why none of this makes sense.

"He was at the gym Thursday," Tracy said, "and when he left he said to everyone, 'See you Monday.' "

She has learned to take comfort from the devotion of Devin's friends. Grieving teenagers come and go all the time from their house. In their voices, in their energy, she finds reflections of her son.

One night, dozens of teens assembled to tell stories and listen to music, at one point packing into Devin's room for a photograph, a moment of love, grief and tribute Tracy believes they'll hang onto for the rest of their lives. 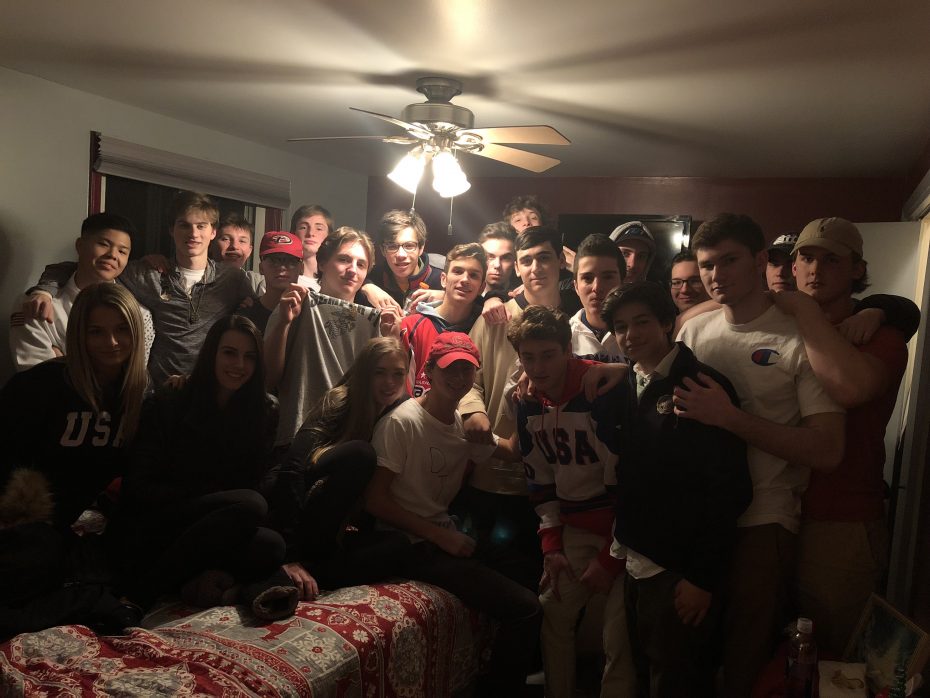 Friends of Devin Waring gather recently in his room, in love and memory. (Family photo)

Owen, who intends to study psychology in college, said Sunday's race is part of that same communion. The entire motivation, Ron Matre said, "is the legacy of Devin Waring."

Tracy will be there, in no small part because she knows how much Devin loved the race. A month ago, she couldn't bear the thought of showing up, but now she looks forward to all the teens who will surround her at the starting line.

They will carry her, as she once carried her son.