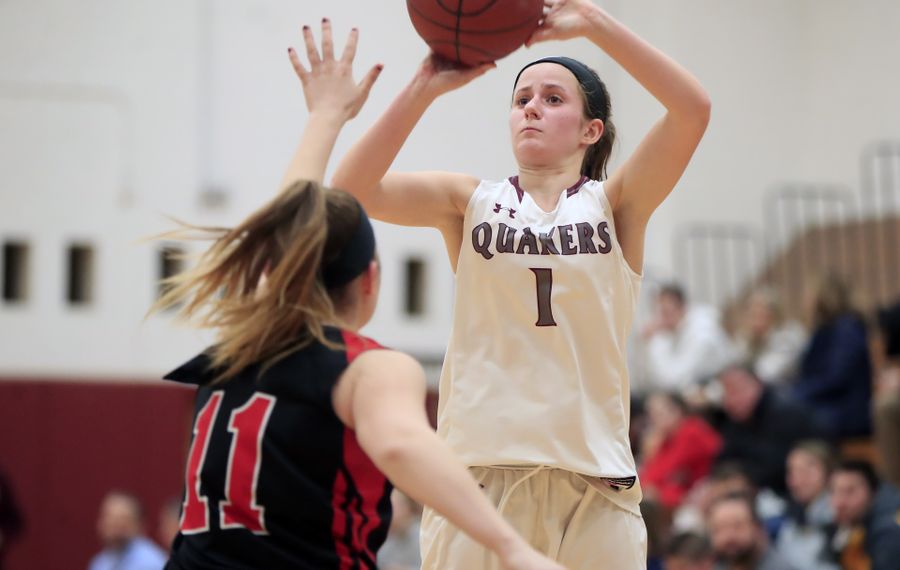 A state No. 1 goes down. An underdog rises to win a Section VI title. And a Western New York relay team earns a life memory regardless of the outcome.

It's been a nice week, and it sounds like some shuffling might be in order for the latest installment of the scholastic winter Power 10.

So without further ado …

1 Williamsville North boys hockey. The Spartans are still unbeaten, but they were pushed in their last two outings: a pair of ties – including one against a red-hot Canisius team that had won six in a row prior to meeting the Spartans. The Teddy Bear toss game with Clarence on Thursday (3-3 tie) raised more than $1,000 that will be donated to Crisis Services.

2 Sweet Home track and field. It's good to be the Panthers' 4x200 relay team. Not only did Nate Davis, Anthony Williams, Eric Johnson and Thomas Rivera earn a chance to take part in the scholastic portion of a big nationally televised meet from The Armory in New York by winning at Penn Relays earlier this season, but in the process they earned a chance to mingle on the infield during warmups with Olympic-level/world-class athletes. Two words: life memory.

3 Lancaster wrestling. The Legends have been ranked first all season in Western New York and showed why by capturing the Section VI Team Dual Division I championship last weekend to earn the right to represent the area in the first ever New York State Public High Schools Athletic Association Dual Team Championship meet.

4 Cardinal O'Hara girls basketball. The Hawks (8-4), who have won their last two games by an average score of 101.5-26, set up a gauntlet of a schedule this week – playing five games in as many days beginning Monday. Two of those contests are nonleaguers against Rochester-area teams Penfield and Mercy.

5 Park boys basketball. Pioneers' response to losing by a point at Bishop Timon-St. Jude earlier this month: Put together a four-game winning streak that includes a victory over then state No. 1 and three-time defending Manhattan Cup champion Canisius.

6 Canisius swimming. Western New York power secured its 16th straight Monsignor Martin title, delivered a dominating performance in capturing the Falcon Invitational at the SPIRE Institute Olympic Training Center in Geneva, Ohio, last weekend and is believed to be only school in area that has qualified all of its relays for state meet – including 200 medley in 1:39.40.

7 Bishop Timon-St. Jude basketball. I agree with Chad Andrews from The View From Centercourt website: The Tigers are way better than the 22nd best team in Class A in New York, their ranking this past week in the state sportwriters' poll. (Just a heads-up, I do not vote on that poll.)

9 Williamsville East swimming. The unbeaten Flames' season to remember now includes a division championship to go with wins over Orchard Park and Hamburg.

10 Falconer wrestling. After losing via tiebreaker a year ago in first ever Section VI Dual Meet team championships, the Falcons come back and win the Division II championship in without a doubt fashion to go to first-ever state meet.

Canisius basketball. Crusaders bounce back from loss to Park with two victories.

FLOP girls hockey. After being fogged out Monday, Frontier/Lake Shore/Orchard Park and Monsignor Martin finally renewed acquaintances later in the week with FLOP beating the only team it has lost to this year.

Nichols girls hockey. The Vikings (8-3-1) bounced back from Sunday defeat to win first of four games during a three-day showcase in Quebec on Friday night.

West Seneca West boys basketball. For the second time in as many contests, the Indians set the school record for points in a game, pouring in 106 in Friday's win at Lancaster. That's five more points than they tallied in win over rival West Seneca East earlier in week.