For more than seven decades, Edith Fox kept her Holocaust story inside.

She sometimes told friends she wanted the words “Holocaust Survivor” on her tombstone. But she didn’t want to talk about what she had endured. It was simply too painful.

After surviving four years in Auschwitz as a teen, Fox waited two years before emigrating to the United States. She ended up in Buffalo, where she met her husband, Joseph. They raised three children here.

Fox now lives in Tucson, Ariz. In recent months, her health began to fail and she decided – at age 90 – she didn’t want her story to die with her. She was concerned people were forgetting about the Holocaust, and was horrified to hear that some deny it ever took place. She wanted to do her part to make sure people never forget.

Today, as the world marks International Holocaust Remembrance Day, we present Fox’s story in her own words. It was told to Nina Trasoff, Fox’s “friendly visitor” through a Jewish Family and Children’s Services program in Tucson designed to keep Holocaust survivors active, and to family friend Sharon Price.

My name is Edith Fox, maiden name Weingarten. I was born and lived in Czechoslovakia in a town called Teplice (Teplice-Šanov before 1948).

My mother, Giselle Weingarten, never talked about her parents, so I don’t know what happened to them, but her big brother raised her and two other sisters. At that time in Europe we didn’t discuss family matters. In my time, all I did was go to school, prepare food, play with my friends and do homework. My mother was married to my father, Mano Fogel, who worked at a lumber yard. She had a fabric store; she always was a businesswoman.

I was the youngest in my family. I had five brothers. They were very protective of me. Their names were Heskel, Ignat, Sam, Harry and Zigmant. Two of my brothers were drafted into the Czech army.

I was 13 years old when the war started. In 1941, Nazis came and rounded us up: my parents and my three other brothers. They told us to take our personal belongings. They also told us they would take us to Poland, which at that time was divided, occupied by Germans and Russians. They told us we will get homes and businesses for free.

Instead, when we got to Poland, the Nazis made us run; if you couldn’t run, you’d get killed. They killed my mother right in front of me. She couldn’t run fast enough. I grabbed her. It was too much for a kid to see. I told the Nazis to kill me, too, but they said no, you are going to work. People were dying in front of me. I saw a rabbi who was lying in the corner with his feet cut off, but he was still alive. He was lying out there until he died. It was unbelievable what they did.

Then they separated men and women and after that I never saw my father or my brothers again. 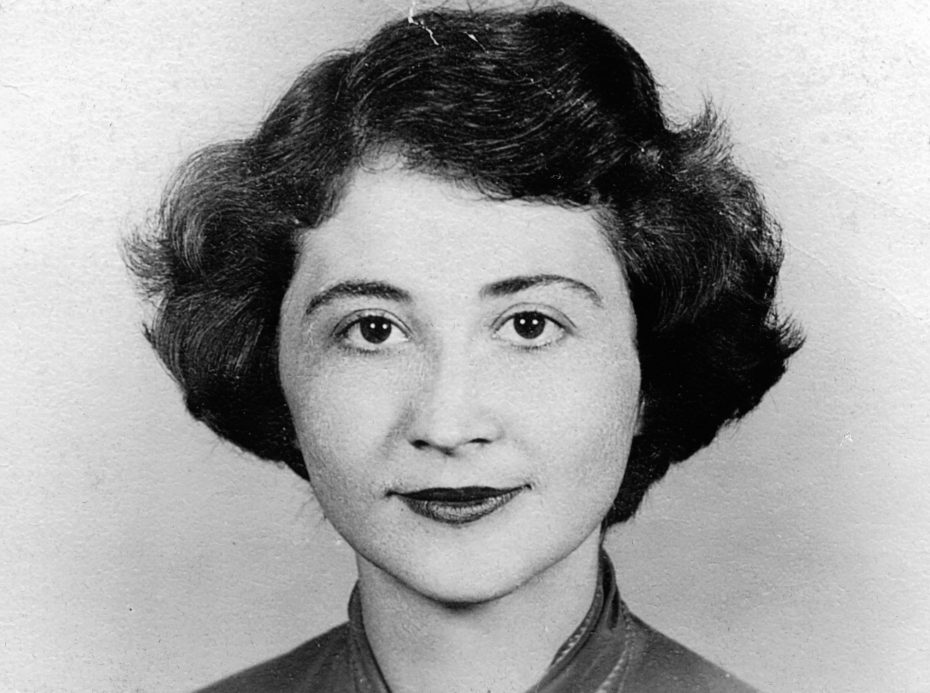 They took me and my friend, Leah, to the ghetto in Stanislau in Poland, where all the toddlers of Jewish families were housed. We had to wash the diapers of 300 babies. When we found out that the Nazis were coming to take us all, we asked the adults caring for the children if we could go into the bunker with them to be safe, but there was no room, so Leah and I went into the cellar where the furnace was and climbed into its chimney to hide.

The Nazis came and threw all the children into trucks like trash. Then they killed everyone in the bunker.

Leah and I stayed there hiding near the furnace for two to three days. Then we walked and walked, trying to get to the Czech border with Hungary. We saw a Czech soldier and thought he would help us, but he was controlled by the Nazis and was going to turn us in at the headquarters near Auschwitz. At the last minute, he let us go, telling us to go with God. We hid in the gutter. Leah wanted to go home, but she was killed when she tried. I was recaptured, and they took me to the Auschwitz concentration camp and I was all alone there. I didn’t know what happened to the rest of my family. I was put in the line where (Josef) Mengele sent people to the right or to the left. To the left, people were killed. To the right, they were sent to work.

One day they came and took us – 50 girls. We thought that they were going to kill us, but instead they got us to Gleiwitz near Auschwitz and put us to work at an ammunition factory. We had to stand in line for eight hours and were not allowed to talk to anybody. We had to clean a little light with a stick of black soot. They made bullets out of it. I worked there for about three years or so.

While I was in Auschwitz, I saw too many things. Some people couldn’t take it anymore and ran into the electrified fence to kill themselves. They just went up in flames. I saw people coming into Auschwitz from different places who were sent to take a shower and were killed. Then they took them to the crematorium. I met a boy who was watching the crematorium where he had seen his parents die. He was hoping they would come and bomb the place. He told me to come to that spot once a week and he’d throw me a package. Shoes or clothes. Maybe they were from people they killed in the gas chamber, I don’t know.

It was unbelievable. They were so organized. They said they wanted to kill 10,000 Jews every day.

As the war was ending, Nazis put all of us who were strong enough and could still run fast – the young ones – on a freight train with open boxcars without water, without food. They wanted us to die. Three days I was on that train. People were dying, stepping on everybody, lying on the floors. There were already dead bodies. Three days I was on that train. Finally I said, “No! I don’t want to be stepped on!” So I jumped off the train. I jumped during the night when the train was moving slowly. I didn’t want people to step on me; I decided if I die I’d rather die outside on the snow; it was January. Many people were shot after they jumped off the train. But there were not so many who had the courage to jump. I kept running and running. I hit a tree and bumped my forehead. I thought I was shot, but then I realized it was only a small injury from running into something. I was in Mala Pevnost: Czech territory. I was hurt and still have a mark. 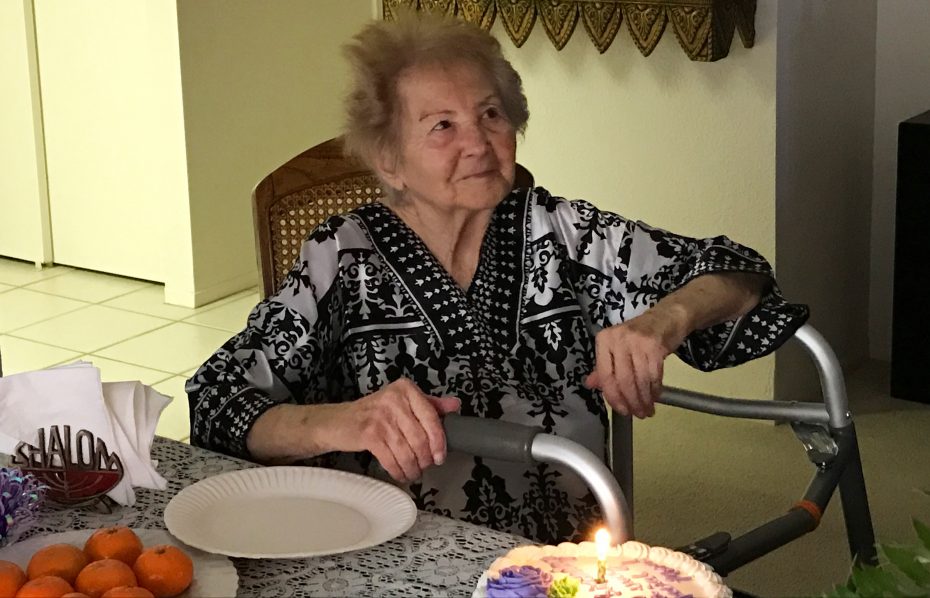 Holocaust survivor Edith Weingarten Fox celebrates her 90th birthday in Tucson, Ariz. Fox, who was born in Czechoslovakia, said she wanted to share her story because she is afraid people are forgetting that the Holocaust happened. (Courtesy Fox family and Nina Trasoff)

I didn’t know exactly where I was, but I was in the woods. I was waiting for daytime to figure out where to go. I saw a person in a Czech uniform, I was so happy and I figured that a Czech soldier will never give me trouble. The war was ending. They knew they lost the war, but it was a Nazi in a Czech uniform.

He was taking me to Theresienstadt camp. There were seven girls with me. I don’t know where they came from. They were running away, too, but the Germans caught them. When they were taking us, they put us in a house and were going to rape us. The first girl, a 13-year-old, started screaming and fighting them, so they pushed everyone else out. They killed the girl who was screaming and put up such a fight. They shot her. She saved the rest of us.

Nazis wanted to starve us, but we survived. We had nothing: it was a toilet and the floor, cement and little windows; that’s it. The Nazis would come in and kick us in the heads and call us swine and ask us, “How are you still alive?” Only one of the girls died. 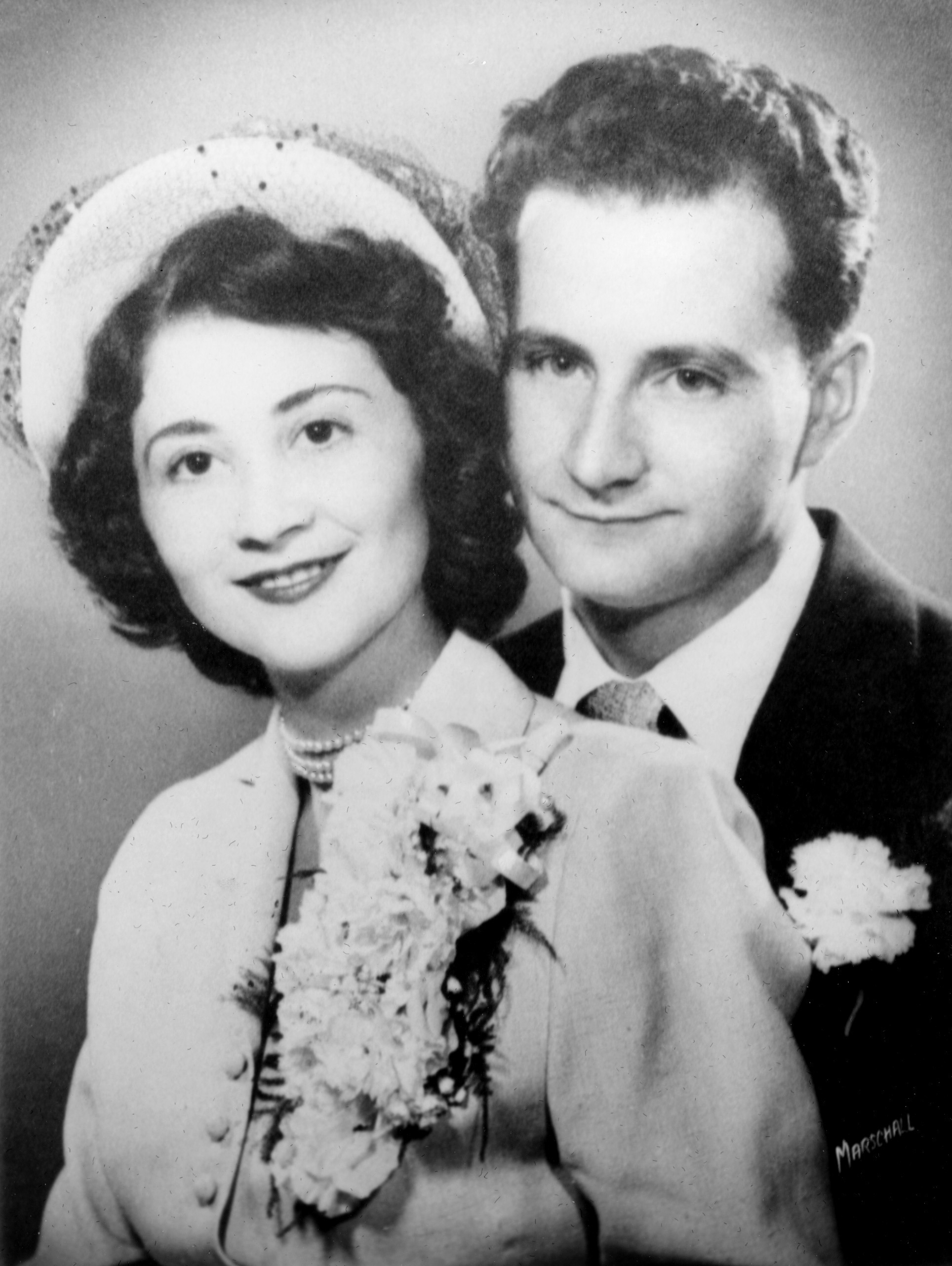 From January until May we were there. But we were lucky. The Russians liberated us on May 8. They were just in time, because the Nazis had already killed all the political prisoners and we were next.

The Russians took us to the hospitals. We couldn’t even walk. At the hospital, they tried to help us to get jobs. I said I wanted to go to America. They smuggled us from Czechoslovakia to Germany to get to the place where I could register to go to America. I didn’t want to go home; there was no one there.

It took me two years to get to America. I was staying in the Displaced Person Camp run by Americans. While I was waiting, I volunteered at the hospital. I was 17 when I registered, and I was 19 when I came to America.

First, I came to New York City. They told me they will fix my nose, which I broke when I jumped off the train, if I leave New York City. That’s how I moved to Buffalo. Everybody wanted to live in the big city. I said I will go to Buffalo because I want to fix my nose. It was all flat. They fixed my nose in Buffalo. I didn’t do anything for three to four weeks, but then they put me to work. I never went back to school. I only finished eighth grade when the war had started.

Two years later I met my husband, Joseph Fox, through my future sister-in-law. Her parents came from Israel and stayed in the same house where I had a room. That’s how I met her and that’s how I met my husband. I worked as a manager of apartments: fixing them up, dealing with the mortgage, loans. My husband had a good job as an electrical assembly line technician in Bell Helicopter in Buffalo. We raised three children in Buffalo – two sons and a daughter. Then we moved to Tucson for my husband’s health, but he died in 1997. We have six grandchildren and four great-grandchildren.

My brothers Sam and Zigmant survived the concentration camp. Sam moved to New York, Zigmant moved to Argentina, but I don’t know what happened to the rest of my family. I looked for them after the war but could never find them.

I wanted to tell my story because I’m afraid people are forgetting. We can never forget what happened. We can never let it happen again.

This piece was previously published in The Arizona Daily Star.