Big business tends to grab the headlines. Amazon has sparked a fervor over the competition for a second headquarters with 50,000 jobs. Apple turned heads with its pledge to create 20,000 U.S. jobs in the next five years.

Small businesses trudge along with less fanfare, but still create most of the jobs in this country. Those smaller employers took a turn in the spotlight when the head of the Small Business Administration, Linda McMahon, visited Buffalo recently to hear from them. She toured the Made in America store and hosted a small business roundtable.

Small business owners are optimistic that policy changes at the federal level this year, in areas like taxes and regulations, will improve the climate for them. They still have concerns about issues like hiring and health care expenses. And they are weighing decisions about investing in their operations.

McMahon hears all those concerns in her travels. She enjoys talking about them face to face with owners. "That resonates," she said. "You feel that passion, you feel that energy."

Tax reform. Small businesses welcome the changes, but now they have to sit down with their accountants to assess the impact on their own operations, McMahon said. "I think we're going to see continued investment."

John Darby, president of Niagara Transformer Corp. in Cheektowaga, said small businesses overall are reacting positively to the tax bill. "We're in New York State, so some of the benefits that we would experience at the federal level, certainly we have headwind at the state level. " 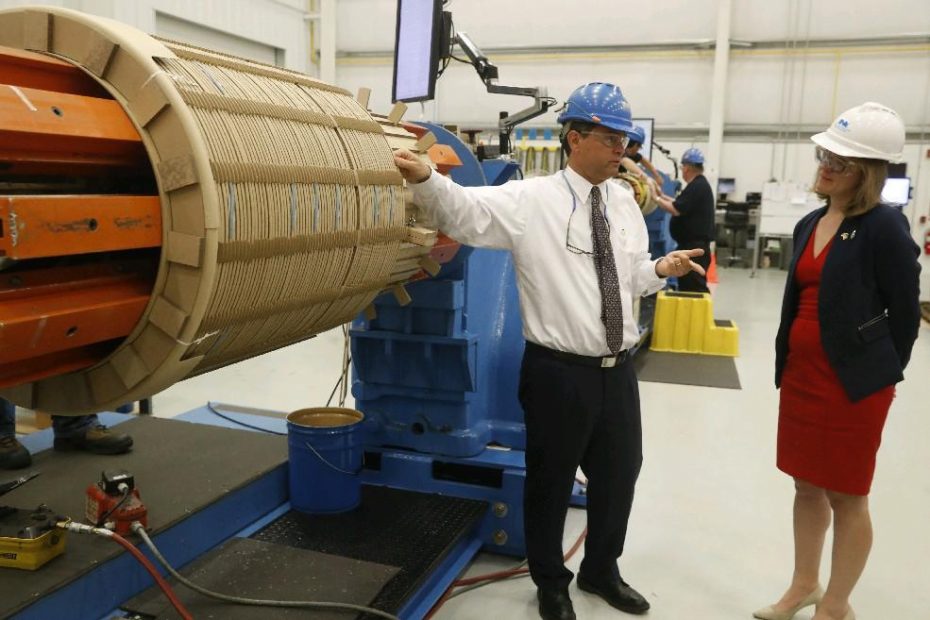 Confer Plastics has to decide what to do with the "windfall" generated by the tax overhaul, said vice president Bob Confer. "The way I look at it, the decrease in corporate tax rates is bringing us and probably a lot of other manufacturers some newfound access to capital – that being our own cash."

Confer Plastics has 250 employees and makes molded plastic products including kayaks. The company is leaning toward accumulating some cash and probably making investments in 2020 in some new machinery, Confer said.

Regulations. Regulatory reform would be meaningful to Niagara Transformer, which has 125 employees, Darby said.

"We're not two guys in a garage, but we're not Moog with a battalion of lawyers and regulation interpreters on staff," he said. "We're in kind of that middle ground where ever-increasing regulations and compliance requirements are really a significant burden to businesses of our size, that's for sure."

A National Federation of Independent Business survey last year said it when it came to regulations, the biggest "pain point" cited by businesses was the cost of compliance, followed by the difficulty of understanding regulations, and then handling the necessary paperwork. 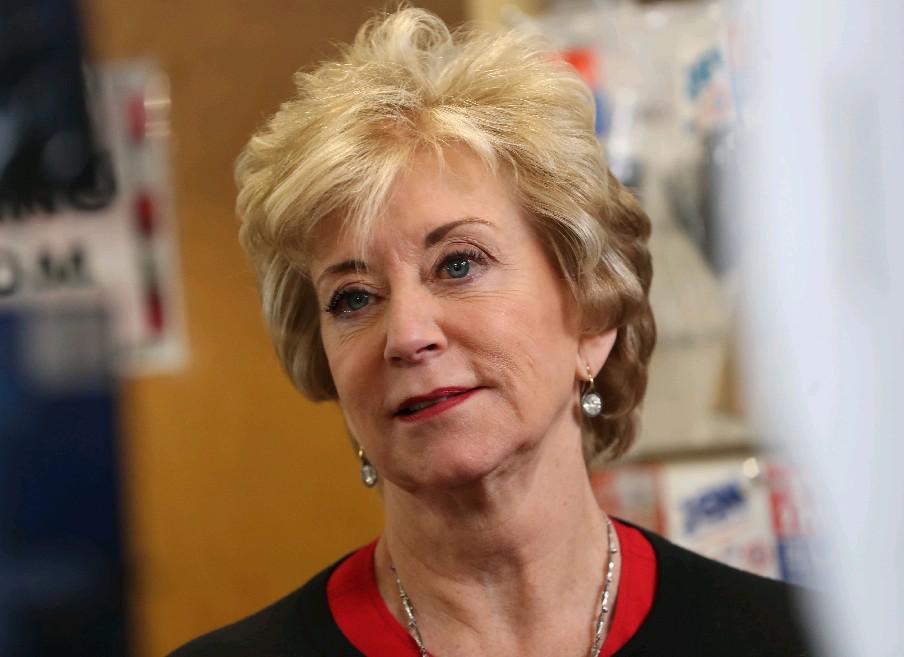 McMahon said small businesses appreciate regulation rollbacks. She said it's not one specific regulation that is the problem for them. "It is usually the volume of regulations that cost them," she said. "And often they're not even aware that they're not in compliance, because the regulatory environment can be so complex."

One potential change she pointed to: proposed rules that would allow a sole proprietor without employees to join association health plans, which enable businesses to buy health insurance together to obtain better rates.

Workforce issues. This is an ongoing concern for small businesses, whether it's finding skilled workers to hire and keeping them, or managing the cost of employees' wages and benefits.

A recent survey by M&T Bank of small and midsized businesses found their top concern was the cost of labor, in the form of health care and other benefits, followed by hiring and retaining qualified employees, and then the level of business taxes.

Confer said rising health care costs continue to be a concern at Confer Plastics. "It's just the constant increase no matter what we do to try to take care of those costs," he said. "They're painful to us and they're painful to my co-workers." 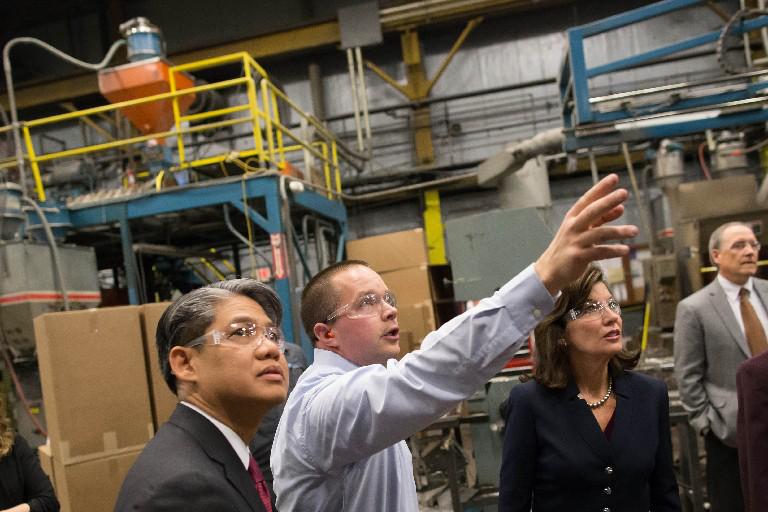 Labor costs are another concern. Confer Plastics aims to keep a gap between the state's minimum wage and its starting pay, which is a moving target with the minimum wage rising to $10.40 an hour this year, Confer said.

McMahon hosted a roundtable when she was in Buffalo, and said the participants' top issue was finding skilled workers to hire. With the number of unemployed people down by 40 percent since the recession, she wants to see schools place greater emphasis on encouraging young people to pursue careers in the skilled trades.

"I think first you have to convince parents that it's OK that if you don't want to go to college, that you can have a really good living to go into a technical vocation or one of the skilled trades," she said.

In some other cities McMahon has visited, business owners have mentioned workforce issues including employees addicted to opioids, or showing apathy toward their jobs.

Finding financing. McMahon said she wants to expand the number of lenders participating in the SBA's programs, which help provide financing to companies that can't otherwise obtain loans. That's a concern she has heard about, in light of continued consolidation of banks around the country.

In his address to shareholders last spring, M&T Bank's then-chairman and CEO, Robert G. Wilmers, faulted the SBA's lending requirements as too complex. He said too many of the loans originated through the SBA were for $2 million, far beyond what a small business might need to open its doors or fill its first big order. Wilmers urged the agency to focus on smaller companies' needs.

Where's the growth? Another piece of legislation that might be on the horizon: a federal infrastructure bill. Niagara Transformer is eager for that to become a reality; the company designs and makes transformers for utility and industrial customers around the world. If such a bill included improvements to the electrical grid, "that would be extremely beneficial," Darby, the company's president, said.

The Paychex/IHS Markit Small Business Employment Watch said small business job growth slowed in 2017, even as the rest of the economy accelerated, but noted that wages were up slightly. New York State recorded a 1 percent decline on its small business jobs index.

But the National Federation of Independent Business said small business confidence reached a new high in 2017, based its monthly index of optimism.

Will businesses act on their upbeat outlook? The signals are mixed. In M&T's survey, which was conducted last November, only 34 percent of the respondents said they planned to increase their capital expenditures over the next six months.