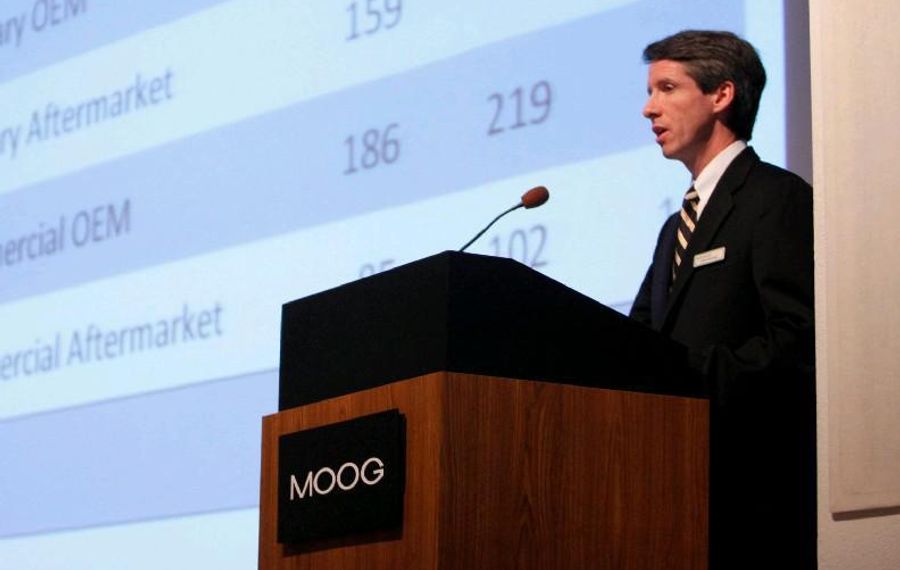 Moog Inc. took a big tax hit in the first quarter, but expects the federal tax overhaul to benefit the company in the long run.

"The tax reform act is a one-time hit mostly in this quarter, a little bit more through the year, and then it's going to be a benefit from there on out," said John Scannell, Moog's chairman and CEO, citing the reduced tax rate that will take effect.

The big hit, he said, was the one-time tax on offshore earnings and cash. Moog has more than $300 million in cash offshore, and even more earnings offshore, Scannell said.

Moog reported a 6 percent increase in sales, to $628 million, for the quarter ended Dec. 31. Each of its three business segments — aircraft controls, space and defense, and industrial systems — had sales increases.

Moog kept unchanged its full fiscal year forecast of $2.62 billion, which would be up 5 percent from a year ago. It also expects its full-year earnings per share of $4.10, an increase of about 5 percent.