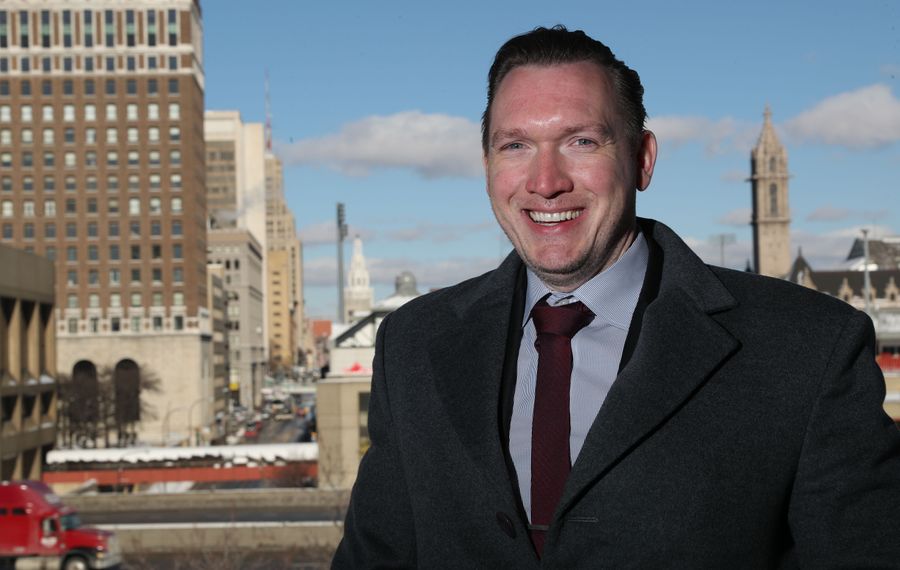 And to local Republicans, it's the worst abuse of email by a Democratic candidate since, well, you-know-who.

"It's no surprise that the radical, progressive Democratic front-runner backed by (Rep.) Brian Higgins, who voted for Hillary Clinton, has already been jammed up over inappropriate use of emails," said Christopher M. Grant, Collins' political adviser.

Noting that McMurray doesn't even live in Collins' district, Grant added: "Maybe next time, Nathan McMurray can email the Board of Elections to find out where the proper district boundaries are."

To hear McMurray tell it, though, those five emails were nothing but an innocent mistake that he quickly corrected – and one that pales in comparison to Collins' record of giving stock tips to colleagues and continuing to work on his private companies while serving as a member of Congress.

"He's so deep in the swamp, he's got gills," McMurray said of Collins, a Clarence Republican. "His whole life is using his position to help his friends and his crony buddies, and he's going to point to some email I sent to some random person that probably didn't even result in a meeting? He's using a distraction technique."

Actually, Collins himself didn't dig up those controversial McMurray emails. America Rising, a Republican political action committee, obtained those emails and other town records through a Freedom of Information request to the Town of Grand Island.

"This is the best they could come up with?" McMurray said. "Well, God help them. You've got to be kidding me."

Five Democratic challengers to Collins ramp up their efforts

At the same time, McMurray acknowledged that he should not have been using his town email account to further his political ambitions.

"I was just trying to reach people to see what they were thinking," McMurray said. "To be honest with you, it was kind of naive. I was just trying to understand what was the lay of the land a little bit. It was probably the wrong email to use, and I stopped using it."

The Buffalo News spoke with McMurray Wednesday and Thursday about his emails. On Friday morning – before the News published the story – McMurray decided to break the story himself, posting a letter to Collins on Twitter.

The letter essentially blames Collins for the public release of the emails and reiterates the points McMurray made to the News regarding them. But the letter also challenges Collins to join McMurray in a public town hall meeting – something Collins has refused to hold on his own, much less with a potential challenger.

The people McMurray emailed included Patrick Whalen, director of the Niagara Global Tourism Institute; Amber Hainey, a progressive activist in the eastern part of the 27th Congressional district; and L. Gordon Flake, an American foreign policy expert who serves as CEO of the Perth USAsia Centre at the University of Western Australia.

McMurray said he emailed those people on the recommendation of friends. And each email is an extremely polite request for a conversation and help on a possible campaign.

"I believe I have the background and fire to win," McMurray said in an email to Judith Hunter, chairwoman of the Livingston County Democratic Committee.

McMurray said he didn't even get a response from several of the emails, but he acknowledged that Hunter responded with some advice.

She told him to stop using his town email account for political business.