Jason Isbell is the dude, plain and simple.

The man is a conduit, back to a time when country music was really southern soul music, and rock 'n' roll was its favorite cousin. He's also a portal toward country music's future, a time when, it can again be a non-partisan music stripped of the right-wing ideology thrust upon it by folks fond of insisting that any artist with an even mildly left-leaning belief system simply "Shut up and sing."

Country music is about story-telling. The stories need not limit their imagery to tired tropes. It is, after all, a big country and its folk music has many diverse stories to tell.

Isbell -- who plays UB's Center for the Arts with one of his few true songwriting peers, James McMurtry, on Jan. 30 -- is telling those stories better than just about everyone else right now. He's the most significant country-based artist to command the spotlight since Steve Earle first took us to "Guitar Town" in the late '80s, and then spent the next decade-plus  broadening his scope until it could accommodate the soulful brilliance of 2002's "Jerusalem." If you care about roots music, you know that this is a dramatic claim. I'm happy to own it.

Isbell cut his teeth working at the fabled FAME recording studios in his native Alabama, and then paid his dues as a pivotal member of Americana powerhouse the Drive-By Truckers, with whom he served between 2001 and 2007. He's a formidable guitarist and songwriter, and his lyrics boast a narrative quality that places them squarely in the realm of great American story-telling.

Which might explain the tattoo on his left forearm.

In a gothic script, the final lines of Bob Dylan's epic story-song -poem "Boots of Spanish Leather" are embedded beneath Isbell's skin. "Just carry yourself back to me unspoiled/from across that lonesome ocean," they read. Enigmatic, perhaps, but also emblematic of Isbell's rather epic personal journey, one that involved a rise, a fall, a necessary reckoning with personal demons, and a hard-won rebirth.

That rebirth is evidenced by Isbell's second act, his post-Drive By Truckers reincarnation as the guy many of us who have felt alienated by contemporary country music recognize as the one we've been waiting for. His last three albums – 2013's "Southeastern," 2015's "Something More Than Free," and 2017's "The Nashville Sound" – have caused critics like me to lose their cool and start dropping the Springsteen, Petty and Dylan comparisons into every third paragraph, feeling no shame in the process.

Like every roots songwriter worth his or her salt, Isbell knows the value of a killer band, as opposed to a collection of seasoned ringers willing to do his bidding. Hence, the existence of the 400 Unit - its name a nod to the colloquial moniker for the psychiatric ward of Florence, Alabama's Eliza Coffee Memorial Hospital, which you can make of what you will. This ensemble is more a collection of peers than it as a "backing band," though it's always clear who the boss is. All – Isbell's wife, violinist Amanda Shires, bassist Jimbo Hart, drummer Chad Gamble, keyboardist Derry deBorja, guitarist Sadler Vaden – serve the song, and add to the Isbell-directed conversation. 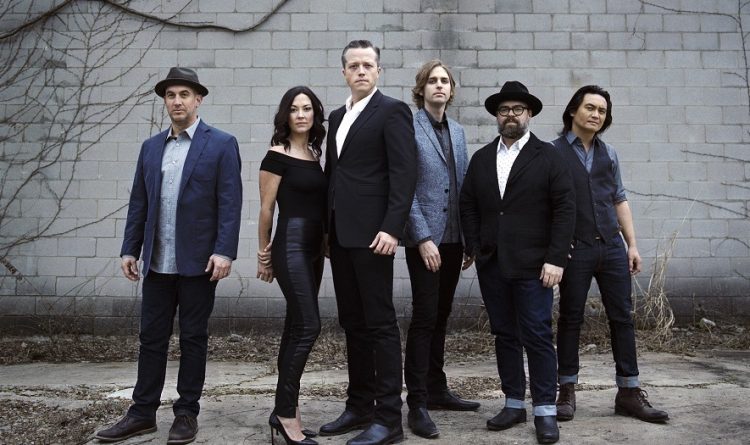 "Isbell is a true triple threat," responded my friend Chris "Bulldog" Parker of WGR's Schopp & the Bulldog afternoon show, when I sent him a text that read simply "Talk to me about Isbell," having long ago ascertained our mutual fandom.

"He writes great songs - quiet, brooding, move-you-to-tears songs, and also barn-burning, 'get outta my way on a Saturday night' songs. He’s a fantastic singer. Like, he’s got a 'stop you cold in your tracks' great voice. And his guitar playing is also tremendous, something that really comes through at the live shows. Oh, and his band is super-tight."

I wondered if Parker shared my feeling that Isbell's success is somehow vindicating, proof that American roots music needed something more substantial than Stetson-adorned frat-boy anthems, lite beer with lime, and Florida Georgia Line. (Yes, Your Honor, I'm aware that I'm leading the witness, but please, let's see where this goes...)

"For me, his success is significant because it’s been achieved from the outside," said Parker, happily taking the bait and referencing Isbell's outlier status in the eyes of contemporary pop-country Nashville.

"There’s a true 'DIY' thing at work here that, for an old punk-rocker like me, is satisfying. I first saw Isbell at Mohawk Place playing guitar and singing with Drive-By Truckers, in ‘03. I’ve seen him every time he’s been here since and have traveled a couple of hours a few times to see him. What happens to me is, I start rooting for artists like him the same way I pull for the Bills and the Sabres. I want the talented people to win, you know? So when he started gaining real notoriety, it made me really happy."

Yep. Me too. Sometimes the good guys actually win.